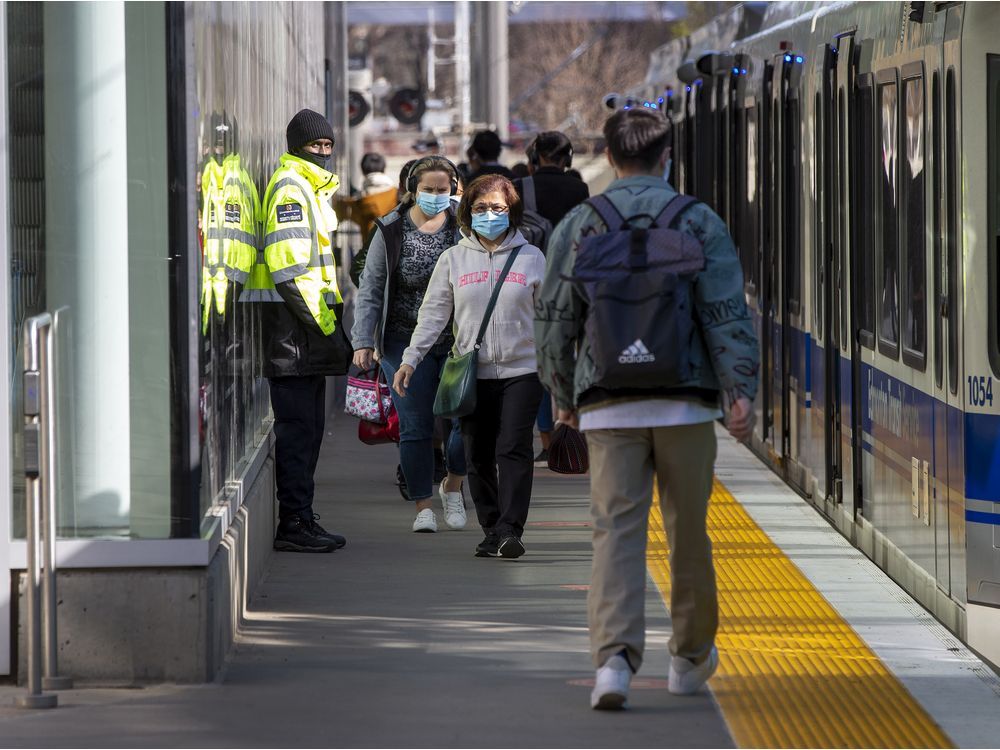 Edmonton policymakers must “avoid fear” and take an objective look at all the data as the city seeks solutions to transit safety, says a criminologist.

Violence in the LRT transit system in recent days has sparked a public conversation about how the city handles transit safety and the role the police play. While Edmonton police have warned of a recent increase in the severity of transit crime, data collected by the city’s transit security officers shows that the number and rate of Incidents related to security disturbances have been stable or declining since the beginning of 2021.

Temitope Oriola, a criminologist at the University of Alberta, said these two different sets of data and the stories they tell show the city needs to take a sober and rational look at all the evidence before making decisions. on how to respond to public concerns.

“As more and more citizens have perceptions of fear and their own safety, it’s important that we don’t dismiss them,” he said on Friday. “But it is also essential that we get to the heart of the matter with empirically verifiable statistics and facts, and as much as possible, we avoid the communication of fear.”

Severity of crime on the LRT

Data released at an Edmonton Police Board meeting last month showed that crime on the LRT system increased in severity from February 2021 through the end of the year, at a faster rate than the the city’s overall serious crime trend.

The severity rate rose and fell at various times between January 2020 and December 2021, and the worst months of 2021 were in October and December.

But looking at the number of incidents of social unrest tells a different story.

Figures from the Edmonton Transit Service (ETS) obtained by the Criminal Trial Lawyers Association (CTLA) this week and validated by Postmedia show that the rate of incidents reported by transit security per 100,000 rides has generally declined since last spring.

Chris Wiebe, spokesperson for CTLA, acknowledges that there have been recent violent incidents on public transport. Last month, a 78-year-old woman was pushed onto the LRT tracks.

But given the stability of the ETS unrest numbers — which don’t include the type or severity of the incident — he thinks the city needs more information before increasing the police budget. or change the regulations.

Wiebe said Edmonton Police Association President Michael Elliot has frequently posted on social media about transit issues since the police budget turned out to be lower than expected. He fears police are using public transport safety fears to take advantage of a budget increase for 2023.

“Elliot has started tweeting frequently about the transit troubles, including some pretty disturbing images, tweets that sound like he intends to stir up fear,” Wiebe said. “When people are afraid of crime and disorder, they are more likely to want elected officials to invest in policing. We hope this data will inspire people and the board to reconsider this instinct.

Wiebe worries that reinstating the vagrancy bylaw could lead to discrimination against the most vulnerable Edmontonians and racialized minorities, as it gave police a broader license to intervene than the inappropriate behavior bylaw that replaced it. .

If the police frame the transit safety issue in a particular way to get more funding, it wouldn’t be the first time, Oriola said.

“Police organizations, in particular, have a proven track record in various jurisdictions, not just Edmonton, releasing numbers at specific times to influence elected leaders to give them more funding,” he said. declared.

“It is up to the city council to dig deeper and ask the tough questions. Whatever decision they choose to make, it must be guided by science and a vision of public safety.

Oriola and Wiebe say the city needs to look to social agencies to address the root causes of homelessness, drug use and mental health issues instead of relying solely on the police.

EPS spokeswoman Carolin Maran said the police have a role to play in the safety of public transport.

“Concerns about transit safety have become part of a community-wide conversation that is not limited to the police, and these concerns are still part of a larger community safety issue than the police. ‘EPS will work with partners to resolve,’ Maran said.