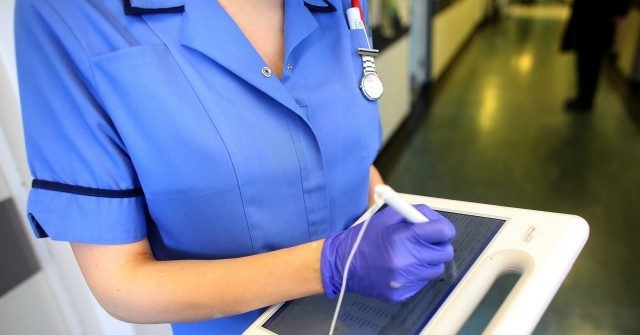 A Tennessee judge sentenced former nurse RaDonda Vaught to three years probation after she was found guilty in March of a medication error that killed a patient. Some nurses expressed support for Vaught, who worked at Vanderbilt University Health Center in Nashville, amid growing concerns in the industry about the “criminalization of medical errors,” KHN reported.

Vaught, 38, was convicted of criminally negligent homicide and gross negligence of an intoxicated adult in March for the death of Charlene Murphey, 75, nearly five years ago, according to KHN. On Friday, Davidson County Criminal Court Judge Jennifer Smith handed down Vaught’s sentence. His record will be expunged subject to the end of his probation period, as Smith granted diversion in the case. Although prosecutors did not challenge the probation sentence, they did challenge the diversion, the Associated Press noted.

The incident happened on December 26, 2017, according to the outlet.

“Murphey was supposed to receive Versed to ease her anxiety before a PET scan. Instead, she was given the paralytic drug vecuronium, which rendered her unable to breathe,” WTVF noted. According to the AP, Vaught reported the incident as soon as she realized what had happened.

Tennessee Bureau of Investigation (TBI) Special Agent Ramona Smith spoke on Friday and “testified that she thought Vaught was candid, but remorseless during her interview with the TBI following Murphey’s death.” , according to WTVF.

“I will never be the same person again. When Mrs. Murphey died, part of me died with her. I replayed my mistakes over and over,” she said per WTVF. “I certainly fell out of favor, I experienced anxiety, depression, remorse, sleepless nights.”

Smith acknowledged the sincerity of Vaught’s remorse, according to KHN.

‘Miss Vaught is well aware of the seriousness of the offence,’ the judge said. “She credibly expressed remorse in that courtroom.”

She also pointed out that the nurse had no criminal history prior to the case and would be permanently barred from nursing practice.

Murphey’s family had mixed feelings about the nurse’s sentence as the victim’s son, Michael Murphey, pointed out that his mother was a forgiving person who would not want Vaught to be incarcerated, while the victim’s husband preferred prison, the AP noted.

“My dad suffers from it every day,” Murphey told KHN. “He goes to the cemetery three to four times a week and just sits there and cries.”

Healthcare workers were gathered outside the Nashville courthouse in support of Vaught, who was facing a maximum of eight years in prison. They sported purple shirts that read “Seeking justice for nurses and patients in a BROKEN system” and “#IAmRaDonda,” the Associated Press noted. When Smith imposed the sentence of probation and diversion, they both cheered and cried.

A woman named Janie Reed traveled from Memphis to Nashville for the protest. Reed, a nurse practitioner, expressed concern that nurses might not report medication errors in the future.

“I don’t usually do things like that,” she told The Associated Press. “I’m so passionate about it. Nurses will go to jail and more people will die for not reporting their mistakes.

Vaught apologized to the Murphey family for the support she got, adding that it added to their anguish.

“I’m sorry that this public outpouring of support for me has caused you to go through this again and again,” she said. ‘No one has forgotten your beloved, no one has forgotten Mrs Murphey. We are all horribly, horribly sorry for what happened.