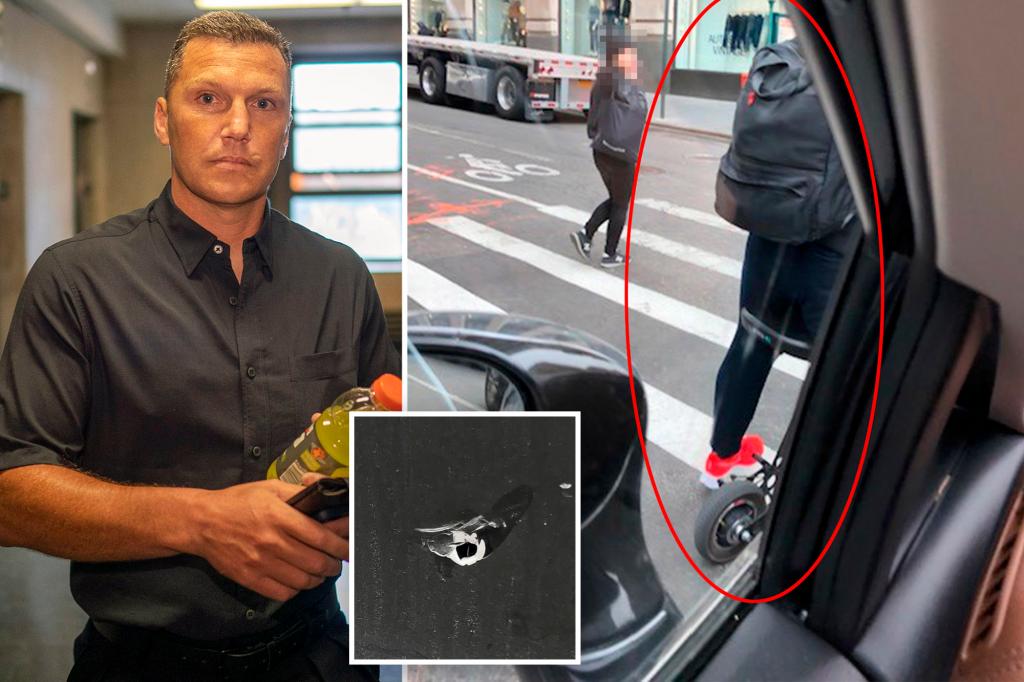 Former New York Rangers hothead Sean Avery was convicted of criminal mischief on Thursday for using a scooter to hit a car that was blocking a bike path in 2019.

The attacker, 42, was sentenced to time served in a Manhattan court after a two-day truncated trial.

Avery – a fierce bike lane protector – was in court for kicking in the driver’s side door with his scooter at East Eighth Street and Broadway in Greenwich Village on February 23, 2019.

He hit the car belonging to venture capitalist Jonathan Schulhof, who testified before Judge Marisol Martinez-Alonso on Wednesday about the incident.

The judge, who presided over the case without a jury, also issued protective orders for all of the complaining witnesses.

Schulhof told the judge that “a very agitated person started shouting vulgarities at me and just saying, you know, ‘Why don’t you watch where the hell you’re going.’

The businessman, who was in the van with his wife and 4-year-old daughter, testified that Avery insulted him, but “it was very surprising, so I don’t really have an exact trace what he said”.

After the two words were exchanged, Schulhof “then heard what sounded like a stick of dynamite, a very loud boom, and felt the car shake”.

The attack left a “quarter-sized hole” in the car door next to where Schulhof’s four-year-old daughter was seated, he said.

Avery, who retired from the NHL in 2012, initially said he would appear in court – against the judge’s advice – but ended up hiring criminal defense attorney Jason Goldman.

Prosecutors offered Avery a series of plea deals, but he did not accept them and opted for a trial instead. He risked up to three months in prison.

Avery told the Post after a court appearance in June 2019, “If I need to be the poster child for bike lanes, I absolutely will. We need to be able to cycle freely.

He played for the New York Rangers for about half of his 10-year NHL career before hanging up his skates.