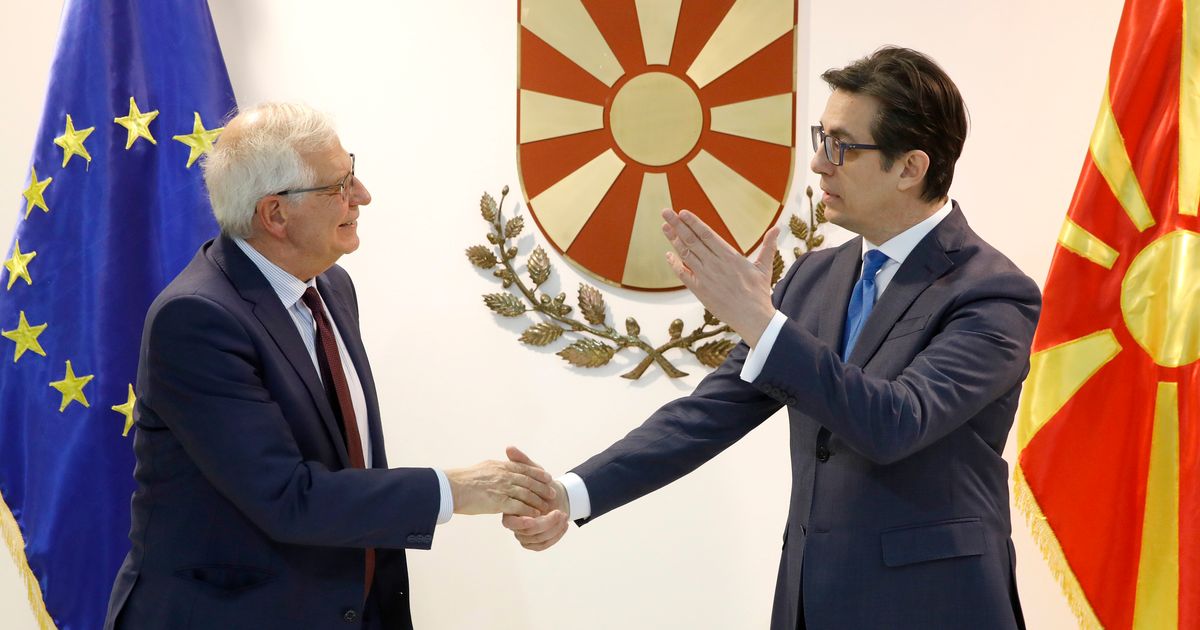 Josep Borrell said Brussels is committed to making the “EU perspective a reality” for the region.

“This is the moment to reinvigorate the enlargement process and to anchor the Western Balkans firmly to the EU,” Borrell said following talks in North Macedonia with the country’s prime minister, Dimitar Kovachevski.

Borrell was in North Macedonia’s capital, Skopje, on the first leg of a Western Balkan tour that will include Albania and Bosnia.

In 2020, Bulgaria vetoed the start of its small neighbor’s formal EU accession talks, arguing that Skopje had failed to honor parts of a 2017 friendship deal, particularly regarding shared history, and language.

This was resented in Skopje, which had recently settled a similar, decades-old dispute with neighboring EU member Greece that had cleared the way for North Macedonia to seek bloc membership. Under that deal, the country changed its name from the previous “Macedonia,” which Greece had said implied claims on its own territory and history.

Six Western Balkan countries — Albania, Bosnia, Kosovo, Montenegro, North Macedonia and Serbia — are on different stages in their quests to join the EU. Serbia and Montenegro have made the greatest progress, while Albania’s bid, being tied to North Macedonia’s, has also been blocked by the dispute with Bulgaria.