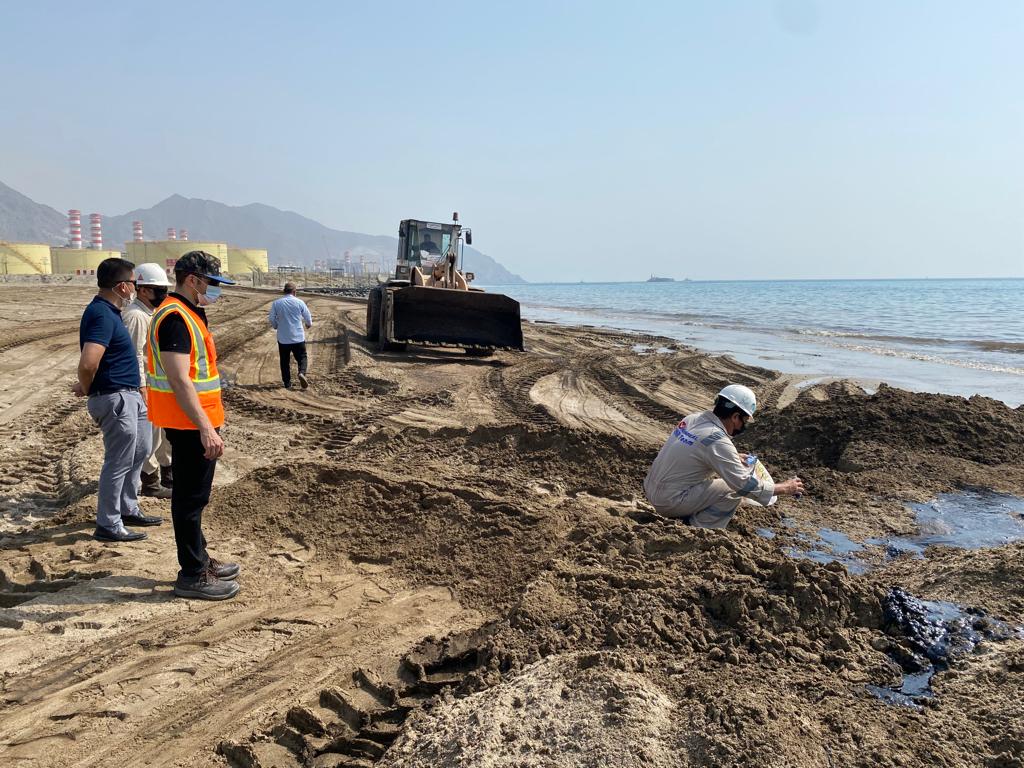 The Fujairah Environment Agency and the relevant authorities in the emirate of Fujairah have managed to eliminate “limited” oil pollution on beaches in the Murbah and Qadfa regions.

In detail, the director of the Fujairah Environment Authority, Asilah Abdullah Al-Mualla, said that the authority, in cooperation with the city administration and the Department of Public Works and Agriculture of the emirate of Fujairah, worked to remove the pollution and take a sample to find the causal source.

Al-Mualla added that the authority, through its inspectors and controllers, detected oil pollution on the beaches of Qadfa and Murbah towns on Thursday evening, noting that the authority, in cooperation with the responsible authorities , began operations to clean up oil pollution at five a.m. today, and was able to clean up beaches and areas affected by the oil slicks that had hit them and brought them back to life after the stoppage of the fishing and bathing operations in order to preserve public safety.
Al-Mualla said the pollution occurred as a result of ships transgressing at sea – they are being identified – and washed up by sea currents to shore, and that the authority is currently working to decisively remedy such violations which are detrimental to the environment and marine life and affect fish wealth, and that the efforts of the authority to remedy such violations are considered to be one of its most important plans as part of its local work strategy in cooperation with the authority’s strategic partners.