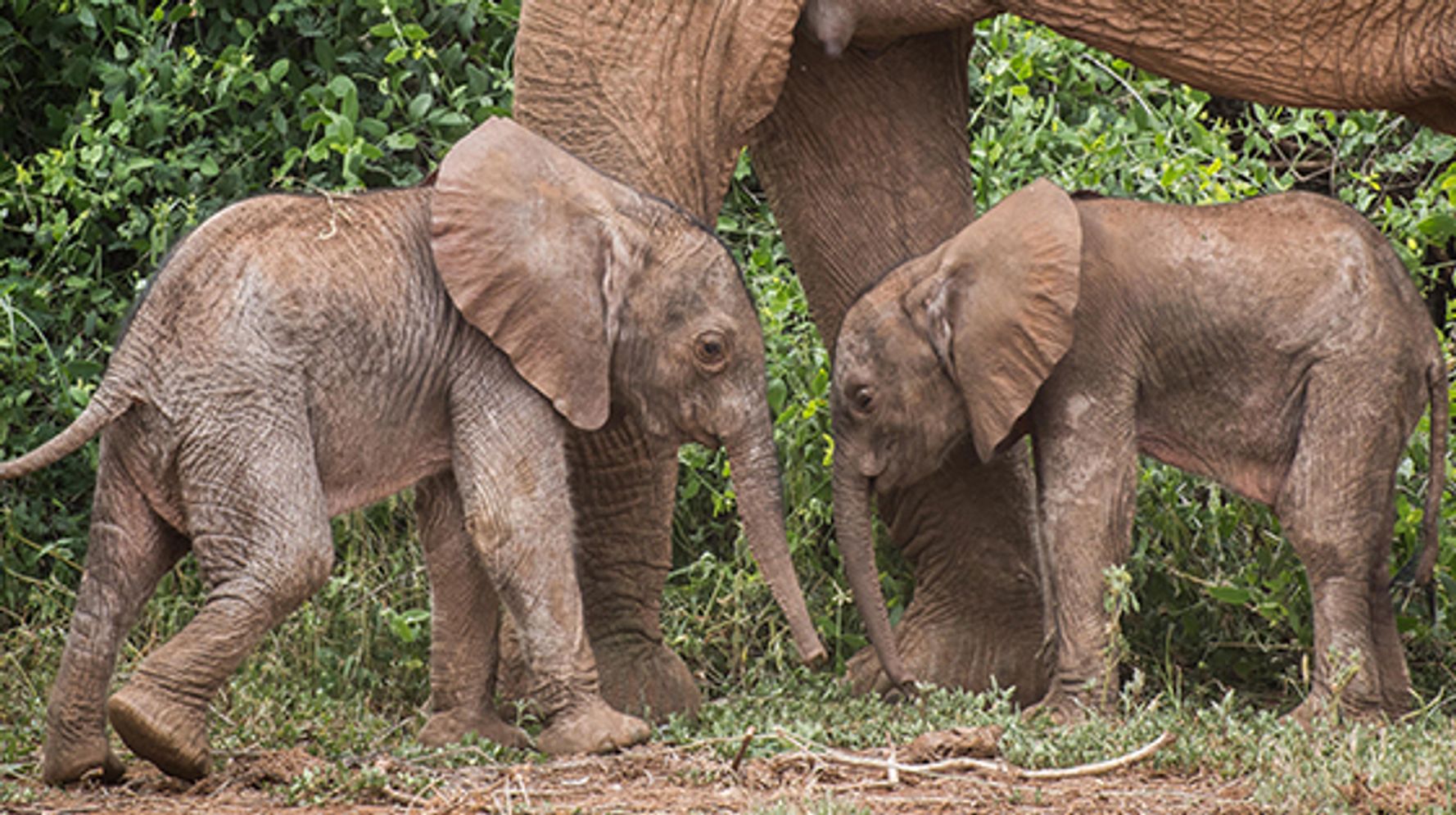 The twins, a male and a female, were born in January to a mother named Bora in Kenya’s Samburu National Reserve.

At the time, the non-profit organization Save the Elephants – which has researchers working at the park and also works with local guides to monitor the animals – expressed cautious hope for the future of the twins.

Twins are rare among elephants and their survival can be risky. Renowned biologist and entertainer David Attenborough previously described the task of raising elephant twins as “nearly impossible” because the calves are “so in need of milk and care”.

But more than four months later, Bora’s babies are “tiny but still doing well,” Save the Elephants spokeswoman Jane Wynyard told HuffPost in an email.

“Miraculously, Bora managed to keep her babies alive against all odds and in spite of a fierce drought,” she said. “It’s still early days for the twins and they will be dependent on their mother’s milk until they are over 2 years old. However, their survival so far is a testament to Bora’s excellent mothering skills and the resilience of the twins. elephants.