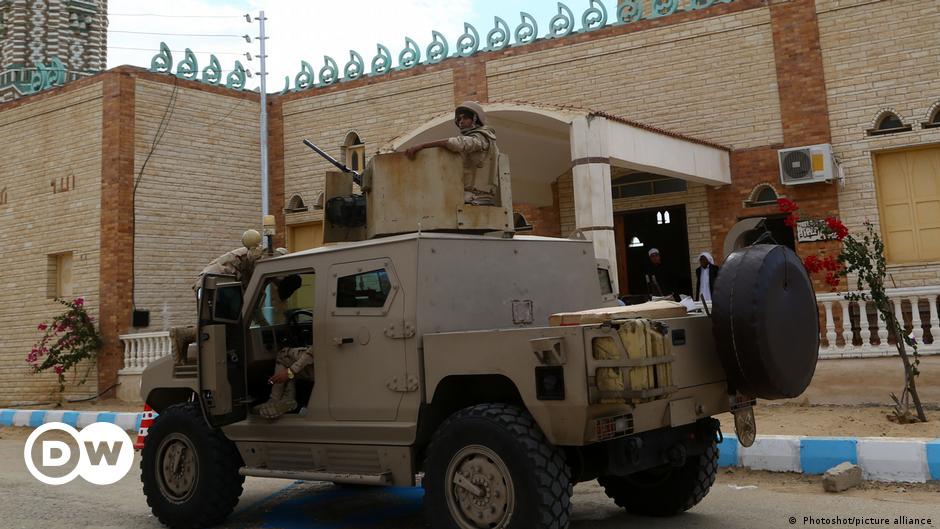 The Egyptian military said at least 11 soldiers were killed in a militant attack on Saturday in the restive northern part of the Sinai Peninsula.

The military said in a statement that the militants attacked a water pumping station east of the Suez Canal.

Clashes followed the initial assault, which resulted in the death of an officer and 10 soldiers, spokesman Col. Ghareeb Abdul Hafez said on the army’s Facebook page.

Five others were injured, according to the official.

“The hunt is on for terrorist elements,” he said.

Egyptian President Abdel Fattah el-Sissi mourned the deaths of the troops, promising in a Facebook post to continue fighting militants and “rooting out terrorism”.

No group claimed responsibility for the attack.

Last week suspected extremists blew up a gas pipeline in the town of Bir al-Abd in North Sinai.

Officials said the suspected militants placed explosives under the pipeline, causing a fire, but no casualties were reported.

Egypt has seen a sharp increase in militant attacks, mainly in the Sinai, since 2013 when the military toppled President Mohammed Morsi. The former president died after collapsing in court in 2019.

Hundreds of Egyptian security personnel have since died in attacks, most claimed by an affiliate of the Islamic State.

But since 2018, the pace of militant attacks in the main Sinai theater and elsewhere has slowed as the military launched a massive operation.

Reports of the fight against militants in the largely desert peninsula have been limited to official statements by the Egyptian government, which has banned journalists, non-residents and outside observers from traveling to the area.

The conflict has also been kept away from tourist resorts at the southern end of Sinai.