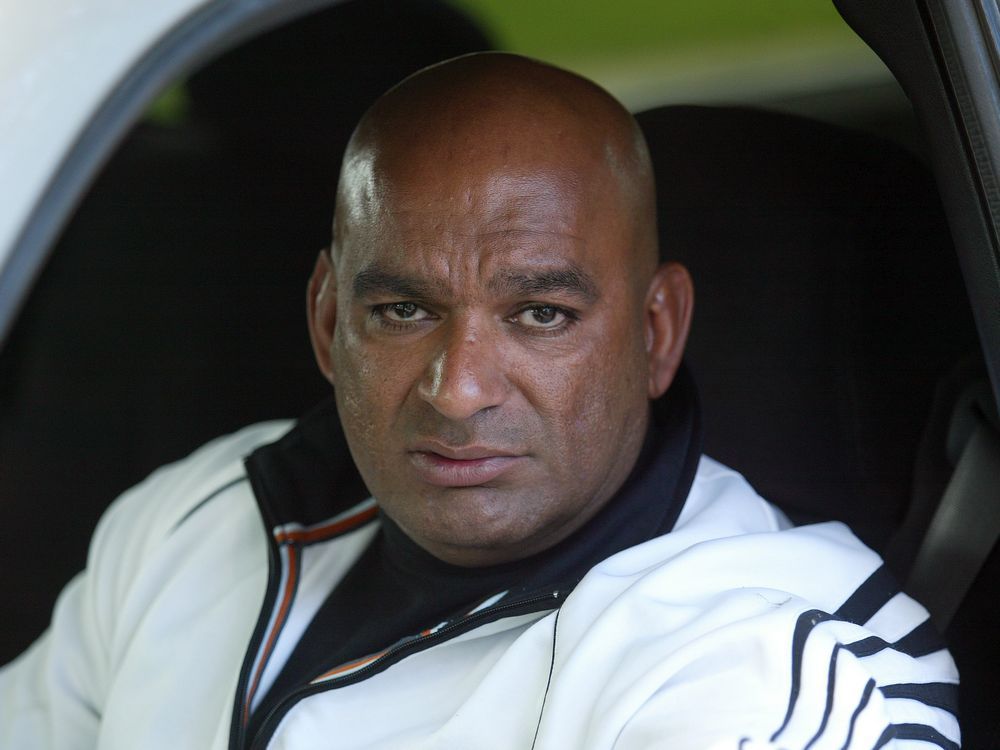 Notorious Edmonton landlord Abdullah Shah, who survived being shot in the head less than a year ago, was killed in a shooting in southwest Edmonton Sunday night.

Police are investigating the death as suspicious after finding Shah, 59, with “life-threatening injuries” outside a home in the neighborhood of Haddow.

According to a news release, police responded to a weapons complaint just before 10 pm Sunday. Shah died in hospital after being rushed from the scene at a home in the area of ​​Heath Road and Riverbend Road.

Shah, also known as Carmen Pervez, was head of a group that owned residential real estate in central Edmonton that have been considered problem properties for many neighbours.

He was also a convicted fraudster who had an extensive history with the legal system.

Shah was jailed in 2008 for his role in a $30-million mortgage fraud scheme. In December 2020, Shah was handed a 15-month conditional sentence, including eight months of house arrest, for pressing associates in the Edmonton Remand Center to carry out a “hit” on another man.

Police executed a series of high-profile raids on a number of Shah’s properties in 2019 that ultimately didn’t result in any charges. Shah and several associates won $250 each in legal costs from Edmonton police Chief Dale McFee over a news release identifying them as “persons of interest” in that investigation, with allegations including money laundering, drug trafficking and participation in a criminal organization.

At the time of his death, Shah was additionally facing several charges related to trafficking fentanyl in an unrelated case.

An autopsy is set for Friday.

Erika Norheim, Shah’s lawyer on a number of civil matters including a series of complaints against the Edmonton Police Service, said Shah provided housing and employment to people who she described as “the outcasts of society.”

Multiple bullet holes were visible in the front window of the house Monday, on a suburban street lined with two-storey homes. A truck parked in the driveway also appears to have been shot at, and the passenger-side window was shattered.

Sean Ryan said he heard the shots from his home nearby, but he didn’t see what happened. He knows of Shah from news reports, he added, but had never met him.

“It was over pretty quick. There was just the shots and then the police came a few minutes later,” he said.

The suspicious death comes after a deadly weekend in Edmonton.

Early Saturday morning, a mass shooting outside a lounge on the city’s north side left one man dead and five others injured. And on Sunday morning, police shot and killed a man after a “confrontation” with a tactical team attempting to arrest him.

Police investigating the Haddow death are appealing for dashcam footage from anyone who was driving in the area of ​​Riverbend Road and Terwillegar Drive Sunday night between 9:30 and 10:30 pm They’re also asking anyone with residential CCTV in the area to contact them .

Investigators are specifically looking to speak to a person who was driving a light-coloured Toyota 4Runner westbound on Heath Road Sunday at 9:54 pm

Anyone who may have information can contact police at 780-423-4567 or submit tips anonymously through Crime Stoppers.

—With files from Jonny Wakefield