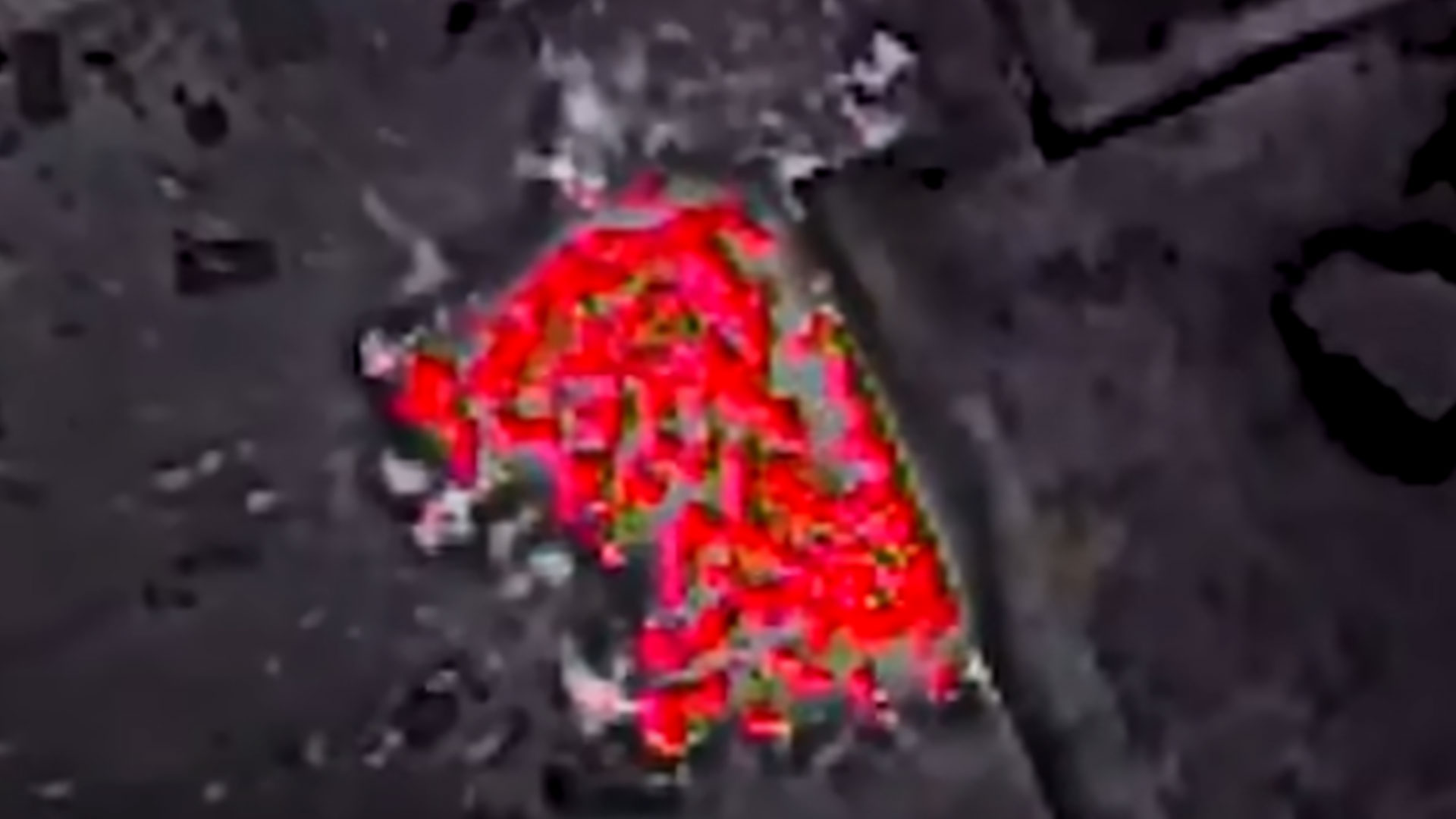 DRAMATIC video shows the moment Ukrainian drones bomb a Russian base as Vladimir Putin’s disastrous war saw his forces pushed back to the border.

Footage shows the moment bombs – dubbed by Ukrainian commanders ‘letters of happiness’ – fall to the ground before exploding into massive balls of fire.

With a thermal camera mounted on the small drone, you have a bird’s eye view of the base as shells plummet towards the unsuspecting Russians.

The attack was carried out by soldiers from the 503rd Independent Marine Infantry Battalion.

Putin expected to overthrow Ukraine within days, but instead his forces found themselves pushed back into Russia.

Ukrainian troops fought tooth and nail as they defended their country from invaders – kyiv boasting of killing more than 26,000 troops and blowing up thousands of vehicles. 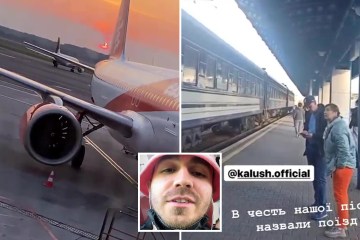 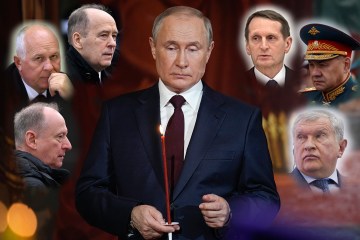 In a statement, the Ukrainian Navy said: “Marines continue to get rid of Russian fascist evil.

“In particular, fighters from the 503rd Separate Marine Battalion sent ‘letters of happiness’ to rouse the orcs from their ‘joy’.

“Burn the invaders in hell!” Glory to the Marines! Glory to Ukraine.”

And elsewhere, Ukrainian forces blew up a bridge captured by the Russians to further disrupt their war effort.

The railway bridge, providing a line between Rubizhne and Severodonetsk, had been seized by the Kremlin.

Rada TV shared the footage with the message: “In order to stop the attack of the orcs in the direction of Severodonetsk and Lysychansk, the railway bridges have been destroyed.”

Ukraine launched a counterattack after the Russian invasion in late February as they attempted to storm kyiv.

Putin’s weak and sickly initial advance was rebuffed, however, and Russia has since apparently revised the goals of its so-called “special operation”.

Russia is not achieving its strategic goals. Ukraine can win this war.

And the increasingly well-armed and daring Ukrainian forces hammered the Russians as they forced them back east.

Russia now claims to be focusing on taking over eastern Ukraine, rather than trying to take over the whole country as it planned three months ago.

Ukrainian troops were pictured today posing with a yellow and blue border post as they flashed the ‘V for Victory’ sign.

“We are here. We are on the border,” the troops said in a message to hero President Volodymyr Zelensky.

NATO’s Western military alliance is now increasingly convinced that Ukraine – which is not a member – can win the war after many nations provided support and weapons.

Jens Stoltenberg was speaking at a meeting of member states on Sunday, addressing them by video as he recovers from Covid-19.

He said: “Russia’s war in Ukraine is not going the way Moscow had planned.

“They failed to take kyiv. They are withdrawing from the vicinity of Kharkiv. Their major offensive in the Donbass has stalled.

“Russia is not achieving its strategic goals.

“Ukraine can win this war.”

Russia is growing increasingly frustrated, with reports of horrors committed by their soldiers shocking the world amid mounting evidence of war crimes.

Vlad’s troops are believed to be demoralized, their equipment failing, and they face defeat after defeat – Ukraine now littered with the bodies of Russian soldiers and the wreckage of Putin’s tanks.

And what Putin’s botched plan has managed to do is unite much of the world against him, as Finland and Sweden now move closer to NATO membership.

It comes as threatening mobile Iskander missiles were spotted being transported towards the Russian-Finnish border.

The Russian despot had warned Finland and Sweden that joining the Western alliance would be a “mistake” – but they have so far snubbed his grumblings.

After being coldly received by the two notoriously neutral nations, he appears to be resorting to desperate measures to save face.

Moscow has made it clear that it will suffer the consequences of joining NATO, bragging that it could wipe out Finland in “ten seconds”.

Putin replicated the veiled hypersonic missile threats in a tense phone call with Finland – and now appears to be putting his money where his mouth is.

Putin has warned of “lightning-fast” retaliation if the West intervenes directly in the Ukrainian conflict.

Deputy Foreign Minister Sergei Ryabkov said the two Scandinavian countries “should have no illusions that we will simply resign ourselves to this”.

The stark warning was somewhat expected following their bloc offers, as Russia will soon be surrounded by NATO territory on its western flank, from the Arctic to Turkey.

It is understood that both countries were spooked by Mad Vlad’s invasion of Ukraine and are seeking security ties with the West to fend off any Russian aspiration to invade.

Finland, which shares an 830-mile border with Russia, has announced its hope of joining NATO after remaining militarily non-aligned for 75 years.

But Russia has claimed that the country’s membership of the transatlantic alliance would damage bilateral relations.

On Friday, US President Joe Biden held a joint call with Finnish leaders backing their NATO bid – although Turkey warned it could veto the move.

Today, in an astonishing show of unity, 15,000 soldiers from 14 NATO countries will conduct a huge military exercise in the Baltics today.

Finnish and Swedish soldiers will today join the exercise dubbed “Siil” or “Hedgehog”, which will take place just 40 miles from the nearest Russian base.

Although the exercise was planned in advance, its timing couldn’t be more appropriate.

But Putin’s horrific invasion of Ukraine has prompted them to rethink their security needs and seek safety in a group they steered clear of during the long Cold War.