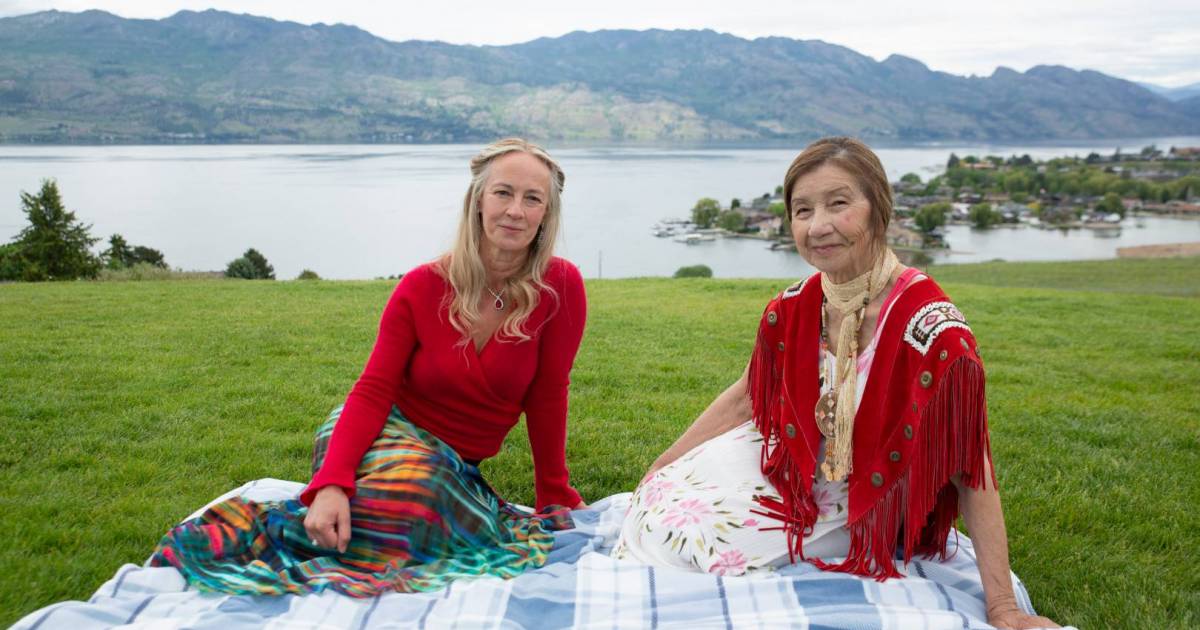 For some, reconciliation with First Nations is about learning.

If you have a good understanding of history and understand how the land was stolen and why native children were kidnapped and taken to church-run schools, you are on the path to a more just future.

For others, reconciliation goes much further. It’s a matter of the heart.

This route involves forging relationships, understanding and appreciating another nation’s history, language and traditions. This can only be done through curiosity, compassion, empathy and humility.

It means leaving the cocoon of your own culture and venturing into the world of others, knowing that there may be mistakes along the way that can lead to uncomfortable conversations.

This 2014 version included input from Syilxʷ/Okanagan traditional knowledge keeper Delphine Derickson and heritage researcher Jordan Coble to tell the story of two of the first 19th century European settlers in the area, Susan and John Allison.

The role of Susan Allison is performed by soprano Heather Pawsey. She points out at the start of the film how open-minded her character was in real life.

Allison grew up in Sri Lanka, then known as the British colony of Ceylon, and she had a keen interest in different types of spirituality.

“She practiced meditation and yoga,” says co-producer Pawsey in the film. “He was a fascinating character.”

Her optimistic husband, John, played by Angus Bell, has a more traditional outlook and doesn’t understand why his wife is so interested in native traditions.

The other two characters in the opera are a Métis man named Johnny MacDougall and a Syilx woman named Marie, who each assist the new settlers in the Okanagan. They are played by Kwangmin Brian Lee and Barbara Towell respectively.

MacDougall’s exchanges with Allison help him appreciate the existence of a serpentine creature in nearby Okanagan Lake, known as Ogopogo to settlers and tourists for decades to come.

But on a much deeper level, The lake / nx̌aʔx̌aʔitkʷis a film that explores cultural appropriation and how, even with the best of intentions, we can make mistakes in the pursuit of reconciliation.

For example, in the traditions of the Syilxʷ people, the lake is actually home to a sacred spirit, not a monster, according to Coble. “It’s more than a creature,” he explains in the film. “It’s in us.”

But that truth was swept away in history by the mixed-race man who bonded with the settlers in the 19th century.

Also, unlike how things were portrayed in a 2012 half-scene premiere, this lake spirit wasn’t fed on pigs and other creatures.

As Derickson’s daughter Corinne points out in the film, parts of the original libretto were “very colonized”.

At one point, Pawsey offers a candid assessment of whether she would even do the opera the same way again, given that two Indigenous characters were performed by non-Indigenous opera singers.

Following input from the syilxʷ Knowledge Keepers, composer Leslie Uyeda created an instrumental piece in which Corinne performs a lake spirit dance. This beautiful moment takes place under the gaze of his mother and the character of Pawsey.

Delphine Derickson also performs her traditional music with Pawsey, mixing the native with the opera in front of the magnificent lake.

Derickson’s wisdom and willingness to engage, along with Pawsey’s open-minded curiosity and compassion, led them to forge a deep bond. And that’s what really makes The lake / nx̌aʔx̌aʔitkʷ such a heartfelt and memorable film.

This is really what reconciliation should look like, for opera lovers in particular, but also for anyone who wants to delve deeper into Indigenous traditions.