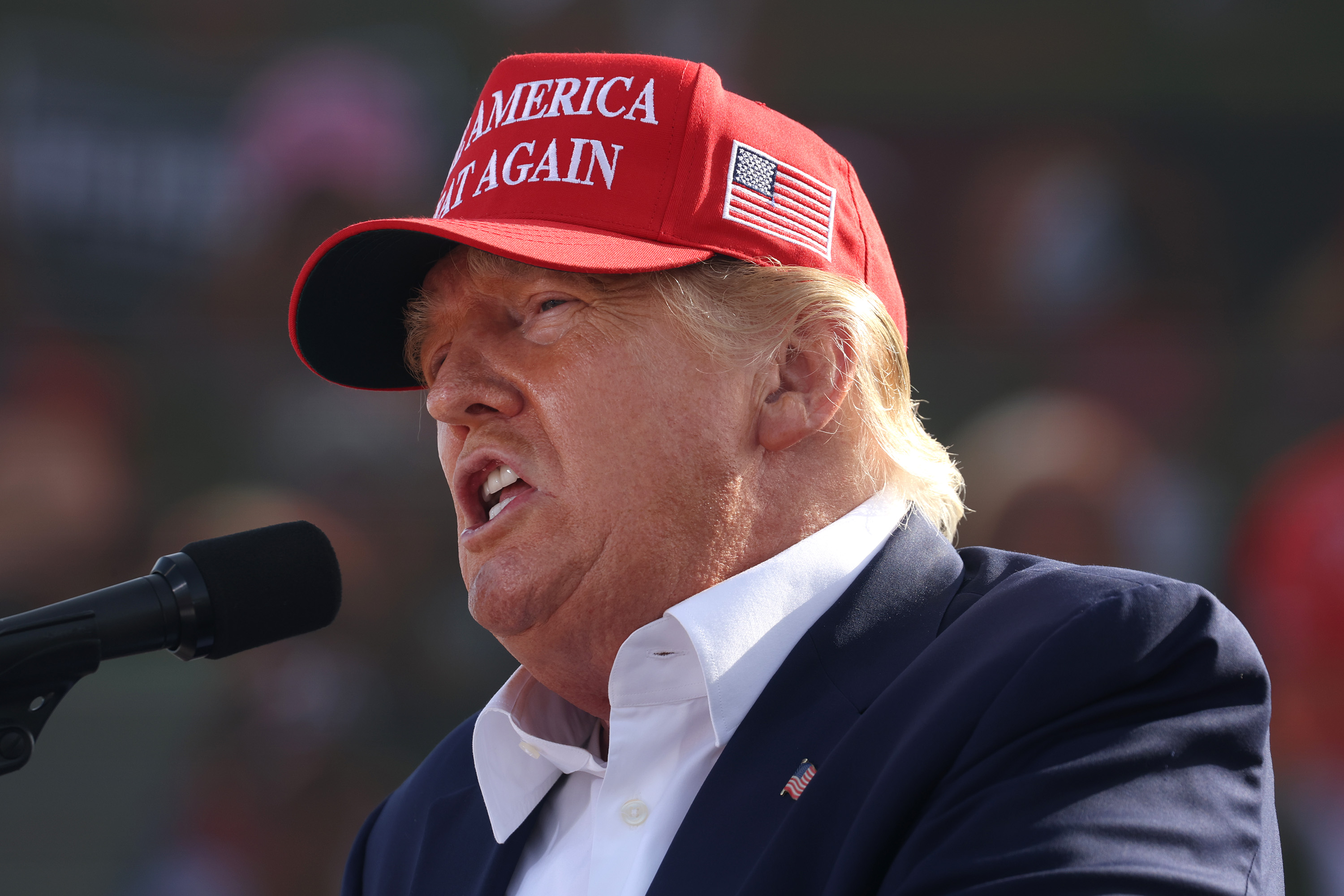 Former President Donald Trump has mocked President Joe Biden’s stutter by showing a “sad” video at a rally, while demanding that the President take a “cognitive test”.

Trump denounced Biden’s record since taking office before taking aim at his speaking habits and mental acumen at a rain-soaked Save America rally on Friday in Greensburg, Pa., at the muddy Westmoreland Fairgrounds. The event was billed as a show of support for candidates Trump has endorsed, including GOP Senate candidate Mehmet Oz of Pennsylvania, who spoke earlier at the rally.

Trump said Biden “has no idea what’s going on” and was “shaking hands with thin air for [Russian President Vladimir] Putin talks about nuclear weapons all the time,” according to a stream of the speech carried by C-SPAN.

The former president said Biden’s short video was “incredible” and “very sad to watch” before sharing it with the crowd. It included several edited clips of the president stuttering alongside captions that described him as “weak”, “unprepared”, “unable” and “unstable”. Biden had a lifelong struggle with stuttering, a condition that has nothing to do with cognitive abilities.

“It’s sad,” Trump said after about 1 minute. video cheek. “Joe Biden should ask the question, I don’t think we really need to know the answer because we already do, taking a cognitive test and posting the results for the world to see.

“Just like I did, I did,” he added. “I got sick of these fake stories from these fake journalists, and then I took the test…he should take the test. And by the way, everyone who’s running for president should be made to take this test. “

At a rally on May 1, Trump missed the name of Ohio Senate candidate JD Vance, calling the candidate he endorsed “JD Mandel”, shortly after demanding that Biden pass a cognitive test and saying he had “passed” a test. .

Last November, Trump told Fox News host Sean Hannity that Biden should be forced to take a “mandatory” cognitive test after reports surfaced that the president had not been tested for cognitive decline. during a physical examination.

Trump had previously touted his test results during an interview with Hannity in July 2020, saying he “proved that I was there because I passed” and said his doctors “were very surprised.”

“They said, this is an amazing thing,” Trump said. “It’s rare for anyone to do what you just did.”

The former president was referring to the Montreal Cognitive Assessment Test, or MOCA test, which he took in 2018. The test consists of questions that seem simple, like asking the person to draw a clock that says 11:10 a.m., but they test for problems that could arise in the early stages of dementia, according to The New York Times.

Trump reportedly scored 30 out of 30 on the test, which does not measure intelligence. Columbia University psychiatrist Dr. Paul Appelbaum said Newsweek in 2018 that while the test can detect “changes in cognitive function associated with early signs of dementia”, nothing else can be inferred.

In addition to Biden’s speech patterns and alleged cognitive issues, Trump took aim at the entire Democratic Party on Friday, saying it was “the party of crime, chaos and death”, while the Republican Party was “the party of law, order and life”.