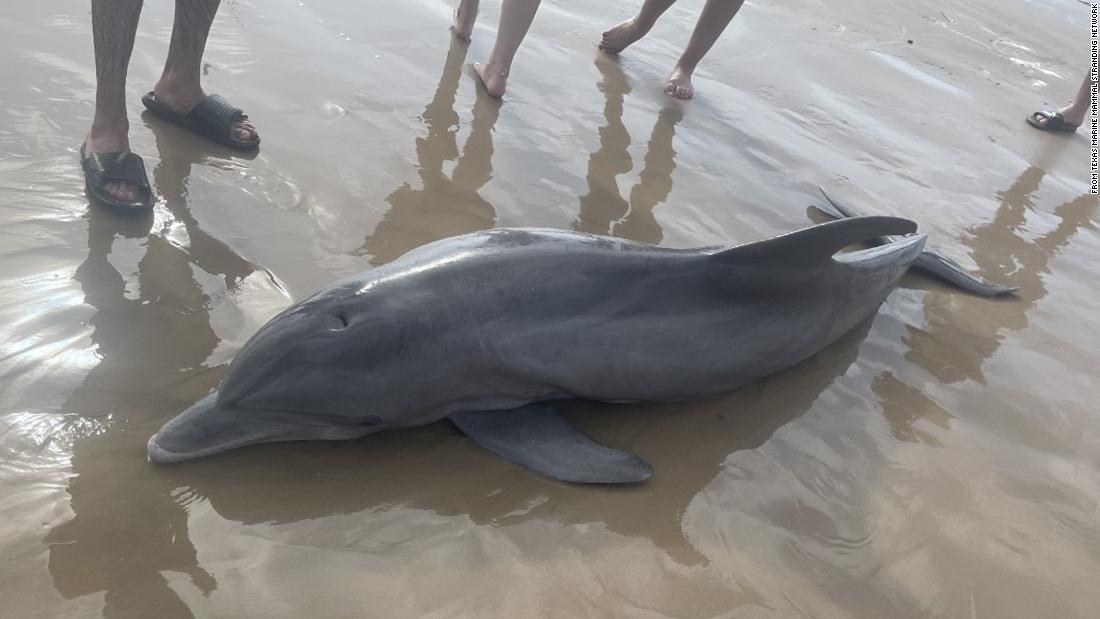 NOAA Fisheries, a division of the National Oceanic and Atmospheric Administration, has announced up to $20,000 for information on anyone harassing a sick dolphin last month in Quintana Beach, Texas.
The bottlenose dolphin washed up alive on the beach on April 10 and was pushed back into the water as swimmers tried to swim with the animal and ride it, the Texas Marine Mammal Stranding Network said in a post on Facebook.

“She eventually washed ashore and was harassed by a crowd of people on the beach where she later died before rescuers could arrive on the scene,” the outlet said.

Officials obtained footage of the harassment in Texas that could help identify those involved, NOAA said.

Harassing, injuring, killing or feeding wild dolphins is punishable by a fine of up to $100,000 and one year in prison per violation, the agency said.

Meanwhile, an adult dolphin died in March after impaling itself in the head with a spear-shaped object at Fort Myers Beach, NOAA officials said, citing the dolphin’s autopsy. The agency is also offering a reward of up to $20,000 for information about this incident.

The animal was apparently in a begging position for food when it was attacked while still alive. She appears to have died from the trauma, NOAA said in a statement.

“Begging is not a natural behavior for dolphins and is frequently associated with illegal feeding. People can help prevent future harm to wild dolphins by not feeding them or trying to feed them,” he said. -he declares.

The agency – whose mission is to manage ocean resources and habitats – advised people to avoid interacting with stranded marine animals as they could become sick or injured.

Pushing animals back into the water delays the animal getting the help it needs and can lead to stranding again in worse condition, he said.

CNN’s Michelle Watson and Rebekah Riess contributed to this report.