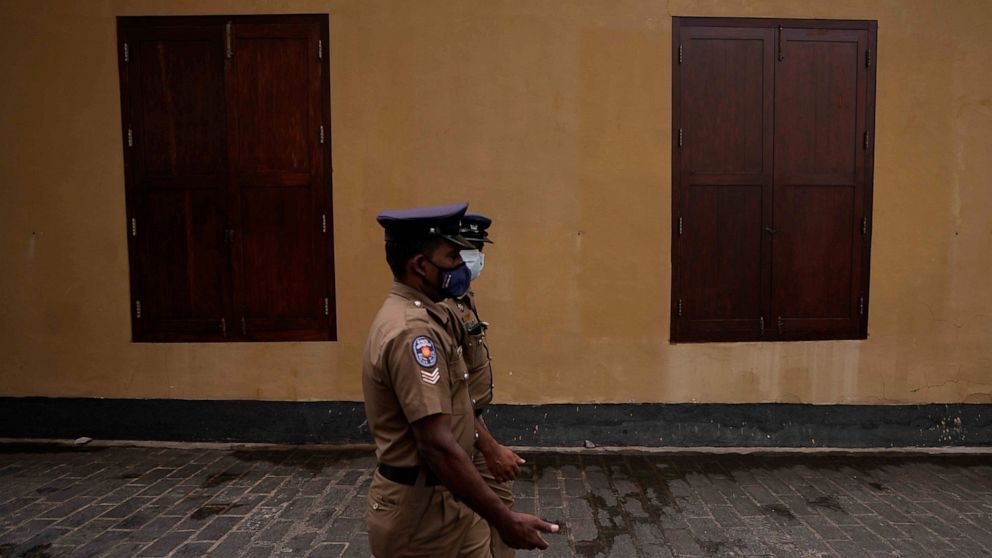 Diplomats and rights groups have expressed concern after Sri Lankan President Gotabaya Rajapaksa declared a state of emergency and police used force against peaceful protesters amid the worst economic crisis in the world. country of recent memory.

The economic and political situation in the Indian Ocean island nation has sparked nationwide protests demanding the resignation of Rajapaksa and his powerful ruling family.

Rajapaksa issued a decree on Friday declaring a state of emergency. He invoked sections of the Public Safety Ordinance which allow him to make regulations in the interests of public safety and the maintenance of public order, and for the maintenance of essential supplies.

Under emergency regulations, Rajapaksa can authorize detentions, seize possession of property and search all premises. It can also modify or suspend any law.

US Ambassador to Sri Lanka Julie Chung tweeted on Saturday that she was “concerned” about the state of emergency, adding that “the voices of peaceful citizens must be heard”.

“And the very real challenges Sri Lankans face require long-term solutions to put the country back on the path to prosperity and opportunity for all. The SOE (state of emergency) will not help to do this,” Chung added.

Canadian envoy David McKinnon said Sri Lankans have a right to peaceful protest within the framework of democracy and it is “difficult to understand why it is then necessary to declare a state of emergency”.

Sri Lanka is on the verge of bankruptcy. It announced it was suspending repayment of its foreign loans and its usable foreign exchange reserves fell below $50 million. The country has $7 billion in foreign loan repayments due this year out of $25 billion to be repaid by 2026. Its total external debt is $51 billion.

Police used tear gas and water cannon twice on Friday against protesters near parliament who criticized lawmakers for failing to topple the president and his government, which they say are responsible for the economic crisis. Protesters are angry that lawmakers overwhelmingly elected a government-backed Deputy Speaker of Parliament when protesters say they should reject Rajapaksa’s government.

Police first fired tear gas at a student-led protest that began on Thursday after the vice president was elected in what was seen as a key victory for the ruling coalition. Separately, police dispersed other demonstrators with tear gas on Friday evening, also near Parliament.

Rights group Amnesty International said the protests had been peaceful and authorities had unlawfully restricted the right to freedom of peaceful assembly.

Protesters have vowed to continue their demonstrations despite the state of emergency.