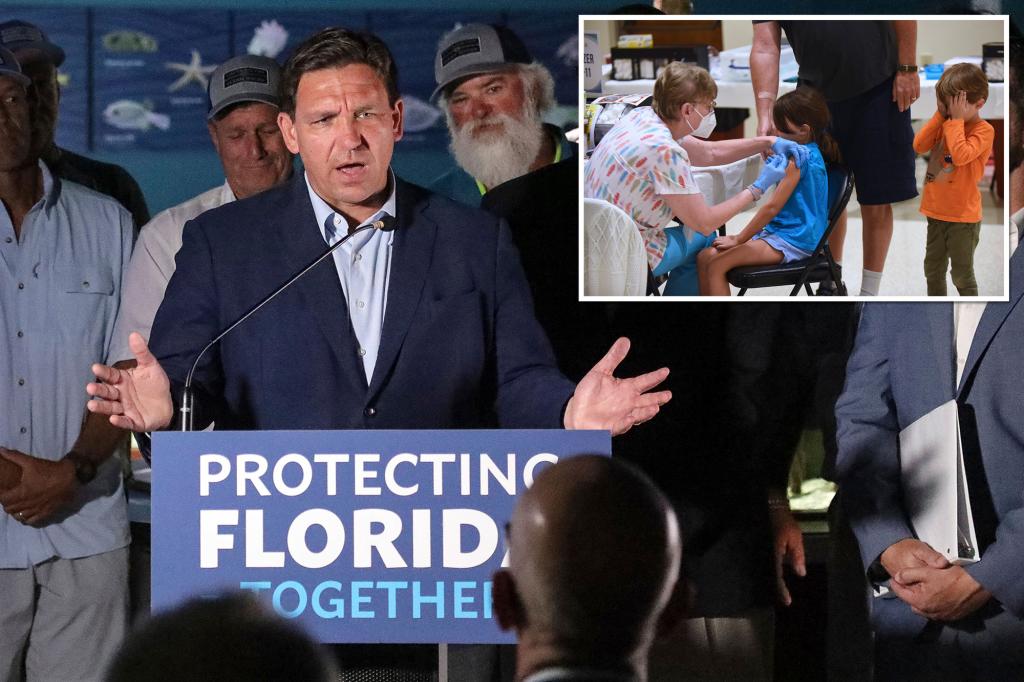 “We affirmatively advise against doing COVID vax for young children, especially six-month-olds and two-year-olds,” he said at a press conference.

Florida is the only state in the country not to submit a request for vaccines for children six months to five years old, a move that critics say could delay availability for Sunshine State residents.

Its health department opted to ask parents to request doses from their personal physicians rather than orchestrating state-level distribution, the Miami Herald first reported.

“Our health department has been very clear,” DeSantis said. “These risks outweigh the benefits and we advise against it. It’s not the same as banning it. People can access it if they want.

The decision was criticized this week by the governor’s political rivals, who claimed Floridians will have a harder time getting doses.

Charlie Crist, a Democratic candidate for governor of Florida, called it “reckless and irresponsible.”

“Governor DeSantis has once again failed the people of Florida when it comes to protecting them from the pandemic,” Crist said in a statement. “And his latest failure is aimed squarely at our children.”

But DeSantis argued Thursday that young children are at low risk from COVID-19 and blamed “media hysteria” for stoking fear among parents.

“It’s because of a lot of misinformation,” he claimed. “That’s why they are afraid. Emergency use for a six month old or one year old just to soothe anxiety – it’s not the norm when you do this. The standard is whether it is safe and effective.

The Food and Drug Administration voted this week to back approval of the Pfizer and Moderna vaccines for young children, and the agency is expected to officially license them shortly.