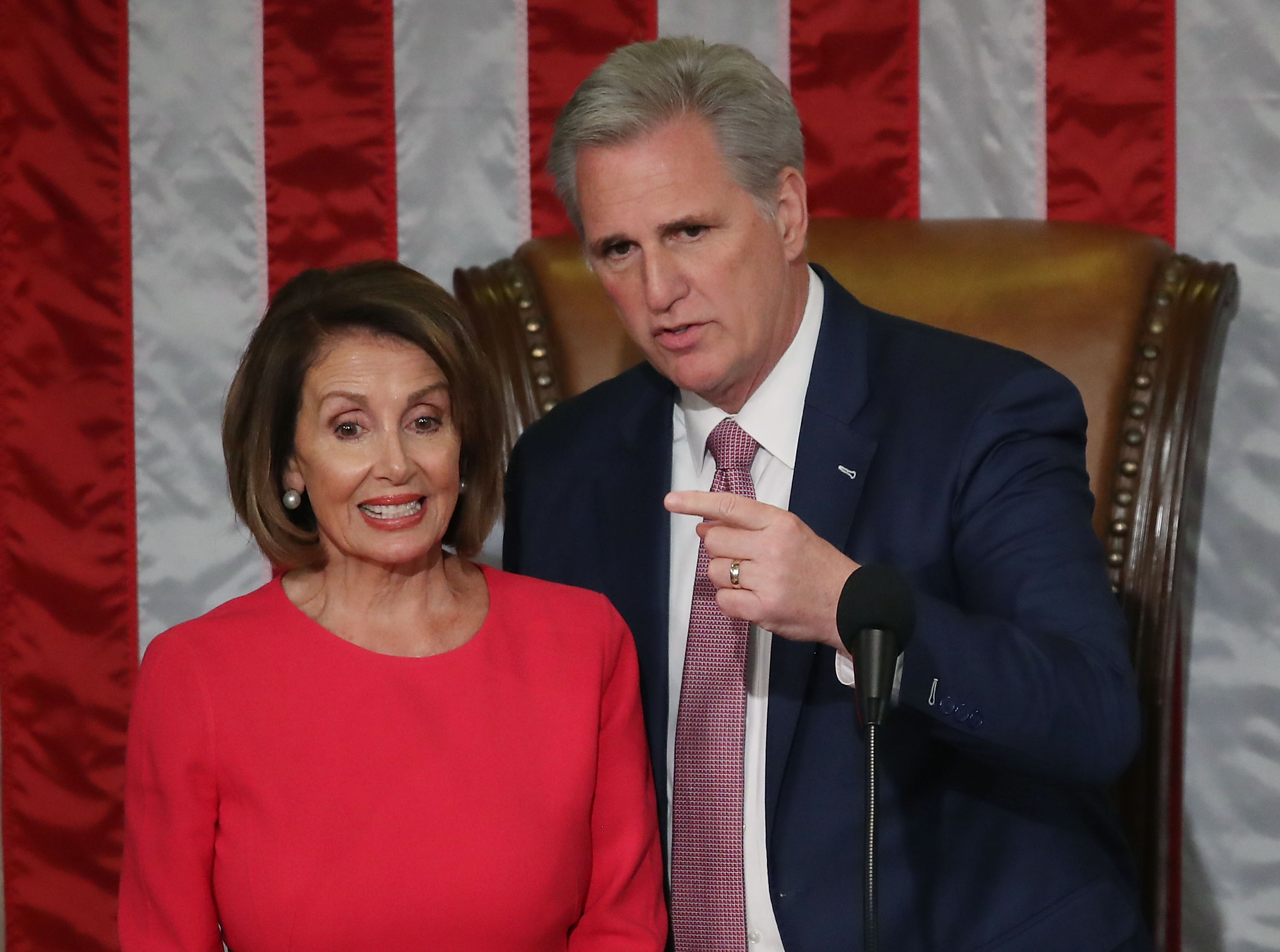 Republicans appear narrowly favored to take control of Congress next year with only about six months to go until the midterm elections in November, but recent polls are mixed, with several showing a GOP advantage falling in the margins. of error.

Democrats currently maintain tight control of the House of Representatives and the Senate. In the equally divided Senate, which Democrats control only through the power of Vice President Kamala Harris to cast deciding votes as Speaker of the Legislature, a single round of seats in favor of Republicans would shift the balance of power . With just 12 seats in the House, Democrats have relatively little room to lose seats.

Recent historical precedent suggests that one or both chambers of Congress are likely to fall under Republican control. Last June, the Center for Politics at the University of Virginia released an analysis of midterm elections dating back to 1946. This report showed that an incumbent president loses an average of more than 26 House seats during the mid-terms. The largest loss was 64 seats, while the largest gain was only eight seats.

The analysis showed similar results in the Senate. Since 1946, on average, the president’s party has lost more than three seats in midterm elections. The biggest loss was 13 seats, while the biggest gain was just four seats. Recent polls show that such a change is entirely possible, even probable.

A CNN/SSRS opinion panel conducted May 3-5 showed that 49% of registered voters said they would vote for a generic Republican candidate if the election were held today. Only 42% said they voted for generic Democratic candidates, giving the GOP a 7-point advantage.

Another 2% said they would vote for other candidates and 6% said they would not support Democrats or Republicans. The survey interviewed 800 respondents with a margin of sampling error of plus or minus 4.5 percentage points at a 95% confidence level.

However, a similar survey conducted by The Economist/YouGov from April 30 to May 3 found very different results. This survey had Democrats with a 6-point advantage over Republicans. Only 47% of registered voters said they would support GOP candidates and 53% said they would support Democrats. Over 1,300 registered voters were included in the poll and there was a margin of error of plus or minus 3%.

Another recent poll by Politico/Morning Consult tied Democrats and Republicans. The two political parties received the support of 43% of registered voters, while the rest of those polled said they did not know or had no opinion. A total of 2,000 voters were included in the survey, which had a margin of error of plus or minus 2%.

Other polls have yielded mixed results. For example, a Fox News survey from April 28 to May 1 moved Republicans up 7 points. Another poll conducted by ABC News/The Washington Post April 24-28 showed the Democrats narrowly leading by 1 point. The RealClearPolitics average of recent generic congressional polls currently has Republicans leading by about 3.2%.

Republicans have expressed growing confidence that they will take control of at least the House, and possibly the Senate. Analysts widely agreed that was a likely scenario, especially given President Joe Biden’s dismal approval rating among voters. The FiveThirtyEight average of the polls currently has Biden’s approval underwater at 42.2%, compared to 52.4% who disapprove.

Last September, House Speaker Nancy Pelosi, the top Democrat in Congress, dismissed an assessment that her party would likely lose control of Congress.

“I know we’ll win in Congress. People say, ‘Well, the off year is not the good year. But, I think any assumptions about politics are out of date,” the California Democrat told reporters at the time. “We live in a whole new world of communication and stuff. And I think all of our members who survived Trump being on the ballot with them will survive next year because Trump is not on the ballot.”

In an interview at the end of April with NewsweekRep. Ro Khanna, a California Democrat, said his party had time to convince voters to keep them in power. “We still have time to make a big impact. We need to be clear about what we’re going to do for people over the next two years and why we’re going to be better at lowering prices, fighting inflation,” did he declare.

Meanwhile, House Minority Leader Kevin McCarthy spoke confidently about his chances of becoming Speaker of the House after the midterms. “If you’re a minority leader on Election Day, and you win and you win a majority, you’ll probably be the president,” the California Republican said in a March interview with Punchbowl News.