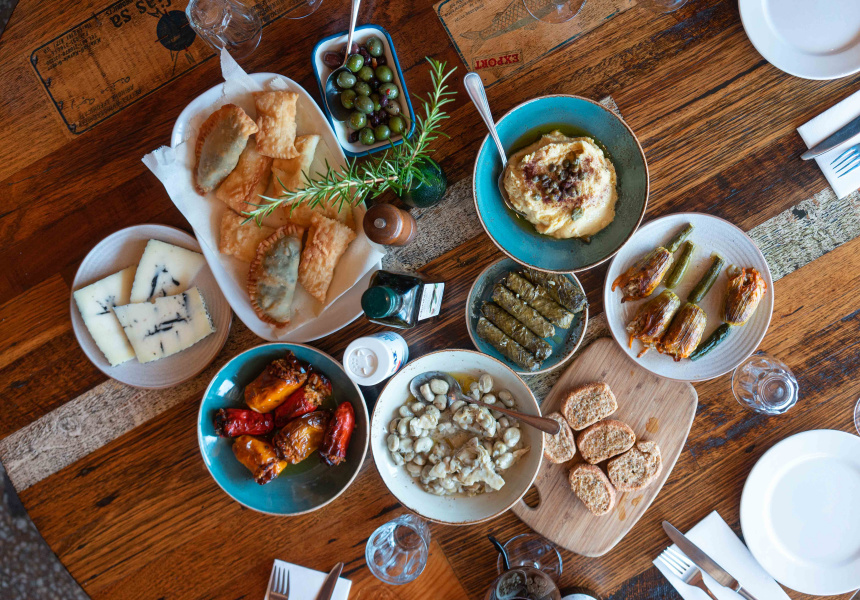 Head into the Greek restaurant for an evening of traditional dishes, wine and beer from the island of Crete, hosted by noted food writer Sofia Levin.

John and Susie Rerakis have been serving Greek food in Melbourne for nearly three decades: first at Pireaus Blues, a restaurant they opened in Fitzroy in 1995, and now through Philhellene in Moonee Ponds, which has been drawing crowds since 2008.

There’s a strong Cretan influence on the menu, reflecting their family background and the island’s warmth. John is also a big gardener, and grows much of the produce used in the restaurant’s kitchen.

Recipes for the dishes have been passed down through the family, and there’ll be brief Q&As with the couple hosted by Levin about Melbourne’s evolving Greek food scene. There’ll be live music (including Cretan lyre and lute) as well as wine and beer from Crete.

Tickets cost $95 and include the set menu, both alcoholic and non-alcoholic drinks, and live entertainment. There are dietary options available for vegans and vegetarians.