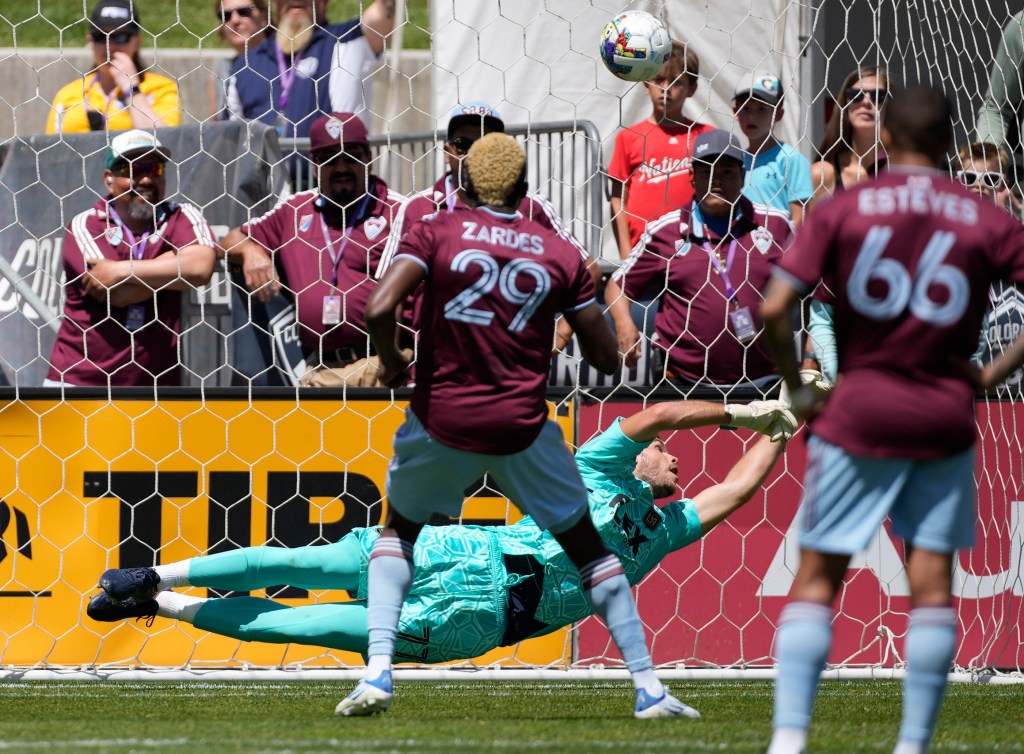 COMMERCE CITY — No matter how tired they were, the Colorado Rapids didn’t show it Saturday afternoon against top-ranked LAFC.

What a difference 48 hours can make.

After a tight turnaround at the weekend, the Rapids got goals from Gyasi Zardes and Diego Rubio and the fullback held it off in an impressive 2-0 victory at sun-drenched Dick’s Sporting Goods Park.

It was a winding journey for Colorado to get there.

After an Open Cup game on Thursday afternoon in the Twin Cities, the Rapids’ return flight was delayed, keeping them in Minnesota until Friday morning. The team finally returned to Denver at 10:30 a.m. to go directly to practice by bus. Still, with only a short practice and brief video session to prepare for Saturday’s game, the Rapids (4-4-3, 15 points) rose to the occasion in front of 15,022 fans at the DSGP.

Colorado came forward early. In the 16th minute, Rapids were awarded a penalty after Sebastien Ibeagha caught Rubio with an elbow to the head as he attempted to play a Bryan Acosta free kick into the box.

After checking Rubio for a head injury, Zardes stepped in and scored his first goal as a Burgundy Boy. LAFC goaltender John McCarthy got his hands on it, but he failed to get enough ball and the Rapids took a 1-0 lead.

The Rapids absorbed pressure from LAFC (7-2-2, 22 points) but didn’t break. This again paid off in the form of a second penalty.

In the 24th minute, Jonathan Lewis received a pass in the box but it escaped him. However, Cristian Arango went hard behind Lewis’ back and referee Ted Unkel again pointed to the penalty spot. Colorado has had three penalties in 2021 and Saturday’s were the first since Cole Bassett converted a penalty on Oct. 10, 2021, in a 3-1 win at Minnesota United.

Rubio had his penalty saved, but the game went to VAR and it was ruled that McCarthy had left his line early, giving Rubio a chance to redeem himself. He buried the second shot to give Colorado a 2-0 lead. It was his sixth goal of the season, which tied him for second overall in the MLS Golden Boot race.

In the second half, LAFC had some good chances but failed to convert.

In his first game back at Dick’s Sporting Goods Park, Kellyn Acosta had a quiet afternoon with 51 touches, despite being moved away due to Ryan Hollingshead’s injury in the first half .

In the 72nd minute, team captain Jack Price came on as a substitute and took the armband from William Yarbrough while receiving a cheering ovation. He had missed the last four games in all competitions with a hamstring injury.

Colorado had plenty of chances to put the game to bed but couldn’t. Still, it was Yarbrough’s fifth clean sheet of 2022 and helped extend the home unbeaten streak to 22 regular season games.

The Rapids will continue a busy streak with a midweek game at 6:30 p.m. Wednesday against Sporting Kansas City at Children’s Mercy Park.