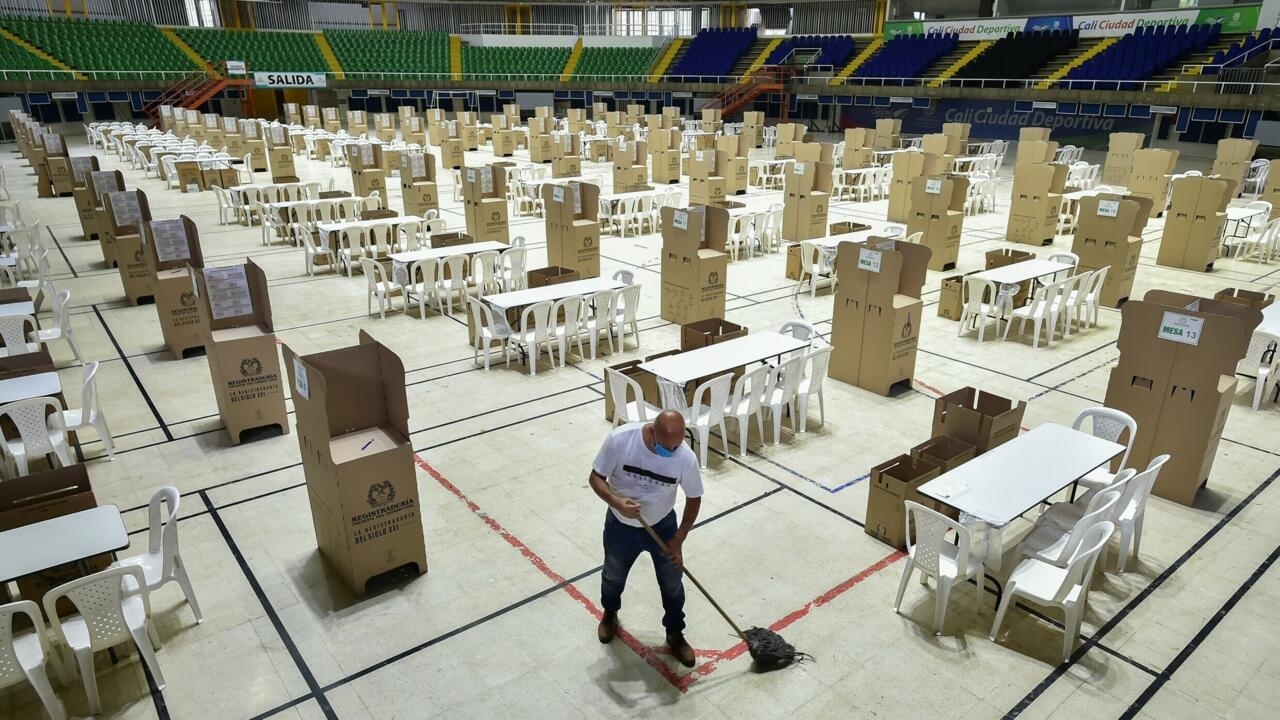 Colombians vote Sunday to draw up a shortlist of candidates for presidential elections polls suggest may yield the country’s first-ever leftist leader.

Nearly 39 million of Colombia’s 50 million inhabitants are eligible to cast their ballot in a complex but critical election in a country plagued by violence and growing poverty levels.

On one part of the ballot, voters will determine the composition of the Senate and House of Representatives, currently in the hands of right-wing parties.

But all eyes will really be on the outcome of the presidential primaries — called inter-party “consultations” — happening alongside the legislative vote.

In a country with a history of political violence and vote turnout traditionally below 50 percent, outgoing President Ivan Duque has promised safety “guarantees” for the non-compulsory vote.

It comes with the president and legislature both at rock-bottom levels of public opinion.

Colombia has always been ruled by the political right, but polls show that former guerrilla, ex-Bogota mayor and senator Gustavo Petro, 61, on the left of the political spectrum, stands a real chance of winning.

Also in the running is former FARC hostage Ingrid Betancourt, who said in January she would vie to represent centrist parties as an alternative to both the ruling right and Petro.

Sunday’s process must yield three presidential contenders from 15 candidates vying to represent groups of politically-aligned parties — one each for the left, right and center.

Three others have already been chosen by their respective groupings.

Six finalists will face off in a first round of presidential elections on May 29, which will be followed by a runoff on June 19 if no one wins an outright majority.

Petro enjoys polled support of about 45 percent — more than any other candidate in a country traditionally distrustful of the left.

That distrust is widely associated with the now defunct Revolutionary Armed Forces of Colombia (FARC) and other rebel groups that fought the government in a near six-decade civil conflict.

“When the government is unpopular, there is alternation and the opposition wins, but in Colombia, this is new: the left has never really been in a position to win an election,” said analyst Yann Basset of the Rosario University in Bogota.

In 2018, Petro lost the presidential race to Duque, who is leaving office as his country’s most unpopular president in history following a year marked by social unrest and a violent police crackdown that drew international condemnation.

The right he represents is divided and has no clear frontrunner.

It is also Betancourt’s second presidential run: she was abducted 20 years ago while campaigning and held captive in the jungle for more than six years.

If she goes through, her vice presidential running mate will be retired Colonel Jose Luis Esparza, who rescued Betancourt from her FARC captors.

Duque’s successor faces a multitude of challenges, not least of which is a new cycle of murders and kidnappings as violence has surged despite a 2016 peace deal that disarmed the FARC and officially ended the civil war.

Despite the pact, fighters of the leftist National Liberation Army (ELN) still battle dissidents of the disbanded FARC, paramilitary forces and drug cartels for territory, resources and smuggling routes.

The new president will also have to contend with an economy hard hit by the fallout from the coronavirus pandemic.