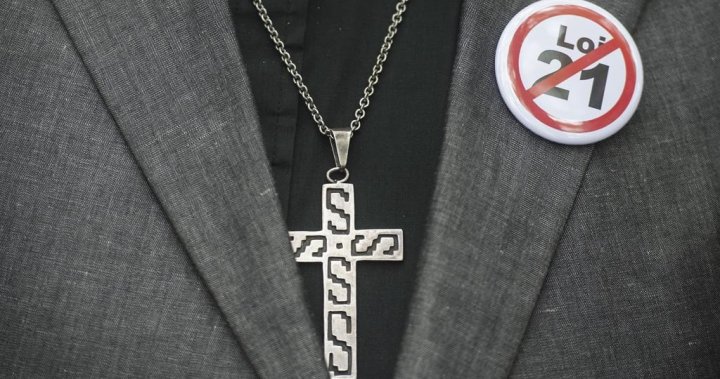 In an effort to condemn Quebec’s controversial Bill 21, the City of Calgary hopes to encourage Calgarians to help fight the law that some see as racist. Bill 21 prohibits all public servants from wearing religious symbols like the hijab, turban and cross at work.

“If someone had told me 10 years ago that such a law would exist in Canada, I would never have believed them,” Mian said Thursday afternoon. “After the math we’ve had on equity, diversity and inclusion, it’s deeply disturbing to see laws like this persist in Canada.

“No young Canadian should be barred from serving the public as a teacher, police officer or lawyer because of their faith.

“It doesn’t matter if Quebec is 3,700 kilometers away, they should know that Calgary is with them.

The premier of Quebec defended the law as a legitimate way to ensure secularism in the public sector.

“It’s not Canada for me. The Canada I arrived in 25 years ago was one that welcomed all walks of life. It didn’t matter what you were wearing on your head, but what mattered was in your head,” Dhaliwal said.

District 12 Com. Evan Spencer said it may not seem like a priority given municipal priorities, but insists it has value.

“Responding to a legal challenge in another province doesn’t immediately present itself as a worthwhile undertaking, but I can assure you it’s a good cause. The fight against Bill 21 is about protecting our collective right to freedom of speech and religion,” Spencer said.

Spencer said his cultural and religious background is part of his identity and he will fight for that identity of everyone else.

The city won’t collect the funds directly, they will go to organizations that are fighting it in court. Tejinder Singh Sidhu is part of the World Sikh Organization of Canada and said the funds will help them fight their legal battle in the Supreme Court of Canada.

“When our community first heard about this bill, our parents and grandparents started remembering the trauma they went through upon arriving in Canada,” said Singh Sidhu. “How many of our brothers and fathers have been told to cut their hair and take off their turbans to get a job.

“How could we go back now.”

Initially, the city considered donating taxpayer money, but instead decided to help start the fundraiser.

“This seems like the right approach, to allow Calgarians, if they are passionate, to make a voluntary donation to the website,” said Franco Terrazzano, Federal Director of the Canadian Taxpayers Federation.


The City and the partners have set themselves the goal of raising $100,000.

Said Omar of the Canadian National Council of Muslims said they must work together to defeat this law.

“Bill 21 is a form of second-class citizenship in Quebec, which directly affects religious minorities,” Omar said. “It forces people to choose between their work and their religious identity.”

The launch of this fundraising page coincides with the third anniversary of Bill 21.