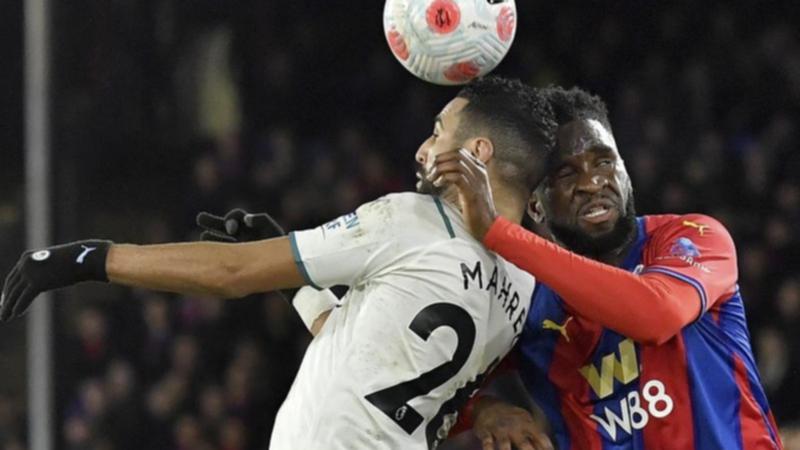 Manchester City have given Liverpool further hope in the English Premier League title race by stumbling against Crystal Palace for the second time this season.

A 0-0 draw at an atmospheric Selhurst Park extended City’s lead to four points but second-placed Liverpool have a game in hand in their quest to reclaim the title from Pep Guardiola’s team.

The top two meet at City’s Etihad Stadium on April 10.

Palace have taken four points off City this season, having beaten the champions 2-0 away on October 30 — the last time the Citizens failed to score in the league.

Joao Cancelo and Kevin De Bruyne struck the post for City in a match that was mostly one-way traffic except for some sporadic — and dangerous — counter attacks from Palace, mirroring what happened in the meeting of the teams at the Etihad.

Arguably the best chance of the game fell to City midfielder Bernardo Silva, who somehow managed to prod a shot wide from barely two meters out after Jack Grealish’s low ball across the face of goal.

Conor Gallagher could even have stolen victory as his shot from a tight angle rose over Ederson’s goal in stoppage time.

While Liverpool have won their past eight games in the league, City have dropped points in three of their past seven outings — after a 1-1 draw at Southampton in January and a 3-2 loss at home to Tottenham last month.

Liverpool are away at in-form Arsenal on Wednesday night.