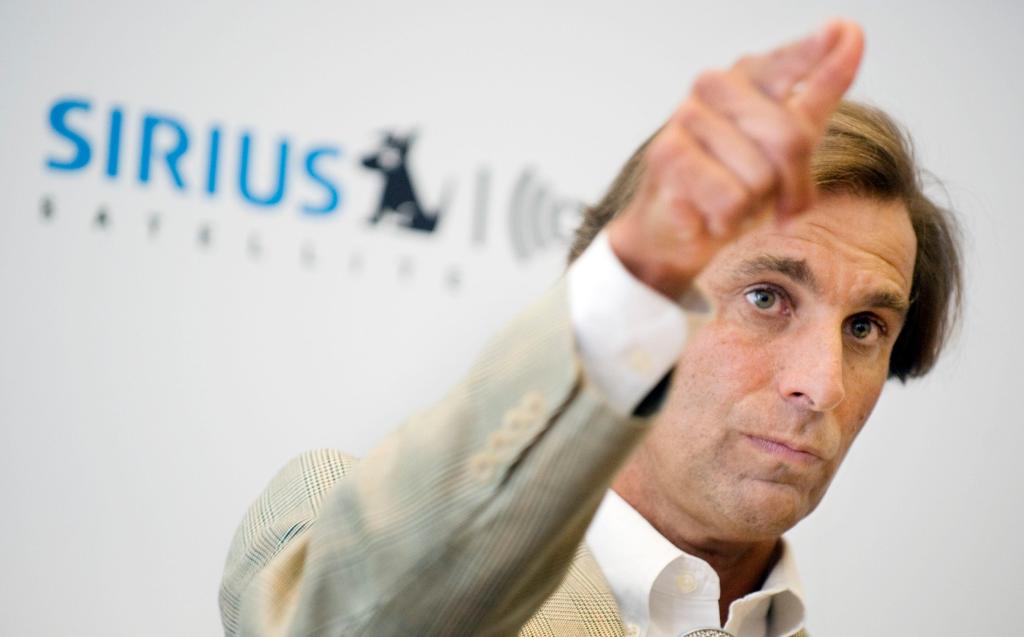 ESPN’s faculty brought in Christopher (Mad Dog) Russo as a “First Take” panelist to be himself. The mad dog. Yet when he last met with another panelist, former NBA sniper JJ Redick, Mad Dog was more Lap Dog.

That Russo did more verbal swaying than throwing audio dynamite was beyond surprising. Watching him wither on national television on Wednesday was stunning – pathetic. The one-sided ‘battle’ began when Russo slammed Draymond Green for Double-Birding Grizzlies fans who booed him after a poke to his eye drew blood. Dog, showing no compassion, added that it was difficult to root for the Warriors’ outspoken forward.

“Shut up and play, please [Draymond]”, Russo said in a disgusted tone on “First Take”. “America is tired of Draymond Green.”

Enter Redick, a member of Green’s Spin Brigade. Redick captioned the puzzled look on her face with some harsh words. He said he took “umbrella” with Russo’s “shut up and play” edict. “…It’s the same kind of connotations that the ‘shut up and dribble’ crowd (he picked Fox News) has towards athletes,” Redick said. “….Particularly with Draymond, the idea that America is tired of him, I don’t appreciate the nuance.

Instead of staying true to himself and his image, Russo let Redick’s stereotypical characterization go to him uninterrupted and unchecked. It’s likely that Redick tagged Russo without knowing the dog or anything about him. That alone should have sent Russo over the top, hitting Redick’s ticket to the Rage Cage. Instead, Russo kept a puzzled smile on his face while allowing Stephen A. Smith to do the heavy lifting for him.

“Let’s calm down because I’m glad you pointed out JJ that it’s not about racing because with Doggie it’s not,” SAS said. “You know you have old school fans who lament that you have a lot of people who just say ‘enough’ like him. [Russo] Is.”

While SAS’ attempt to clear the air was admirable, he might have served the show better by trying to get Russo to verbally fire back at Redick. It’s not like he didn’t want to. Hours after the “debate,” Russo was speaking — double time — on his SiriusXM gabfest, analyzing the situation and leaving on Redick.

Russo said the reason he didn’t “go after” Redick had everything to do with the fact that Dog was new to “First Take.” It’s hard to believe. Yet, if you take Russo at his word, you must also believe that after more than 30 years of contentious discussions, Dog, who joined the ESPN show in February, suddenly believes he has to lie down to fit in? Russo, uncomfortable yelling into a microphone?

He showed no signs of being uptight during his Wednesday radio night.

“JJ created an image of me that was out of place,” an outraged Russo proclaimed on the satellite. “He never heard from me six weeks ago and all of a sudden he linked me to Fox News. That’s totally irrelevant… Characterizing me as a Fox groupie is a bit harsh.

In the end, seeing will be believing.

WHAT IS THE PITCH?

Panel thieves aren’t the only ones lamenting advanced technology.

While PitchCom, the electronic device that relays a catcher’s signal to the pitcher, has produced positive feedback, it does have a few issues.

Like TV baseball analysts. During FS1’s Angels-White Sox game last Saturday, Fox’s AJ Pierzynski, a former catcher, said that without the catcher blinking, analysts have no idea what’s to come.

It used to be information that the analyst, or game-by-game man, could present to the audience before a pitch was made.

Pierzynski went further, gently insinuating that some analysts didn’t recognize the pitch that had been thrown – even after going through the plate. Now, with PitchCom, they have no idea what’s going on.

The PitchCom device itself may have problems. The SNY Mets team captured a downside in Game 1 of Tuesday’s double dive with Atlanta. The camera zoomed in on receiver Tomas Nido, hitting the call on his wristband. Yet on the mound, Tylor Megill struggled to hear the audio through the thin band hidden inside his cap.

It got to the point where SNY cameras focused on Megill peering inside his cap and finally adjusting the audio tape. The SNY video footage gave credence to those who still believe in the “ancient” art of seekers flashing signals with their fingers.

On the WFAN show he co-hosts with Brandon Tierney, Tiki Barber said (hopefully not with a straight face): “I hope he [John Sterling] does not become a caricature of itself.

Was Barber joking? Or maybe he has a case of temporary amnesia. Or maybe he just wants to forget the characterization of Sterling that happened many moons ago. Yet Pa Pinstripe is still going strong. He must laugh in the face of mockery. Recently, with his partner, Suzyn (My Pinstripe) Waldman, working from home due to COVID, Sterling not only missed a home run (despite Sterling’s “missing” proclamation, Giancarlo Stanton actually caught the big fly by Alejandro Kirk against the wall) in Toronto, but engaged in vintage Ma/Pa chatter.

Ma: “I don’t think I’ve seen this before. Nestor Cortez eats an apple in the dugout.

Pa: “Suzyn, he wants to keep the doctor away.”

Oh my. If only that kind of talk would inspire someone to send a crate full of carrots to the Yankees radio booth.

ENOUGH OF THE NFL

The idea that the free world never tires of the National Football League runs deep in the collective minds of the media. However, this is not entirely true.

Fox Sports bailed out the Thursday Night Football package a year earlier. Amazon Prime Video takes over. And now, the NFL’s recently released five-game international schedule shows that the NFL’s three “free” television partners (CBS, Fox, NBC) want nothing to do with airing any of the titles ( three in the UK, one in Germany and one in Mexico). Games will be televised by the NFL Network, ESPN and ESPN+.

Ranking the performance of three former Rangers stars working in NHL studio shows in the first round of the playoffs: 1) Mark Messier (ESPN) – He stays real. Very decisive. All business. 2) Henrik Lundqvist (MSG) – Measures his words carefully, but always informative and insightful. Sincere delivery. Luckily, he’s not yet waving the Rangers pom poms. 3) Wayne Gretzky (TNT) – We cling to every word the Great says. Unfortunately, he is a man of few words. Needs more energy and passion for what he does in the studio. … Rangers radio voice Don La Greca delivered a fine call from the Pens-Rangers Game 2 on Thursday night. DLG brought the passion of the playoffs to the broadcast, but didn’t let the hype overshadow or interfere with its delivery of accurate descriptions. … YES will broadcast 27 New York Liberty games starting May 13. Michael Grady, Chris Shearn and Zora Stephenson will share the play-by-play role. Andraya Carter and Julianne Viani-Braen will be rotating analysts with Jess Sims working as a field reporter on select games.

GUYS OF THE WEEK: RYAN TANNEHILL

For revealing that he was battling mental health issues. The Tennessee quarterback told reporters he sought therapy after the 19-16 playoff loss to the Bengals. He said the loss left him with a “deep scar” and took him to a “dark place”. By publicly recounting her troubles, Tannehill may have influenced others, who suffered in silence, to seek help.

For sounding the alarm that the emergence of NIL agreements will kill the sport of college football. Successful companies must evolve and adapt. Get used to it. And it’s time for young men at risk of serious injury to earn money for their commitment to their schools.

What Kyrie Irving said: “I would like to set up four consecutive years of team dominance.”

What Kyrie Irving meant: “I’d like to put in four straight years of team dominance, as long as it doesn’t conflict with my own priorities.”