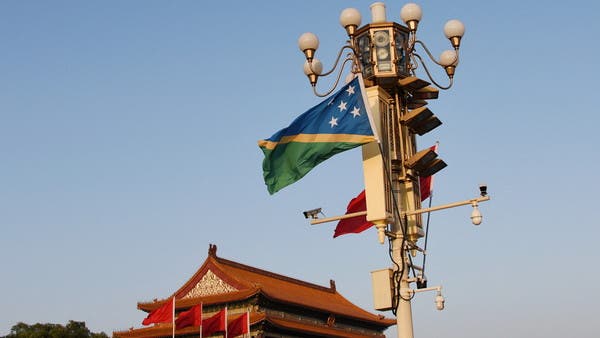 Australia used its first face-to-face diplomatic talks with the Solomon Islands since the Pacific nation signed a controversial security deal with China to outline its “deep concerns about the new pact”.

Foreign Minister Marise Payne told her counterpart Jeremiah Manele in Brisbane on Friday that while Australia respected the sovereignty of the Solomons, she reiterated “our deep concerns about the security agreement with China, including the lack of transparency”.

“We have agreed that Australia remains Solomon Islands’ security partner of choice,” Payne said in a statement on Saturday.

Australia and the main ally of the United States have publicly expressed their objections to the agreement, which was signed between China and the Solomons in April.

Although a final version of the document has not been made public, a preliminary version published in March showed that Chinese military warships were on track to be granted a safe harbor just 2,000 kilometers (1 200 miles) from the Australian coast.

Australia’s relationship with China, its biggest trading partner, has soured in recent years, with Beijing imposing crippling tariffs on Australian barley exports and traders being told to stop buying barley. products such as coal, copper and wine.

Meanwhile, diplomats in Canberra and Washington – fearing that Beijing’s ultimate goal in the Pacific islands is to establish a naval base that would upend their military strategies – are increasingly concerned about the growing influence of China in the region, including the Solomons.

Australian Prime Minister Scott Morrison, whose Conservative government is trailing in polls ahead of the May 21 election, said a Chinese military base in the Solomons would be a “red line for his government”, but insisted on the that relations with the Pacific nation had not suffered. following the agreement.

But in a fiery speech in Parliament on Tuesday, Solomon Islands Prime Minister Manasseh Sogavare accused Australia and Western countries of treating his country like armed children who needed to be “supervised”.

He also accused Australia of threatening to invade his country.

Speaking on Saturday while campaigning in the state of Tasmania, Opposition Leader Anthony Albanese said it was “about time” for Australia to meet a senior diplomat from the Solomons.

He criticized Morrison for not calling Sogavare after the deal was signed to discuss the deal.