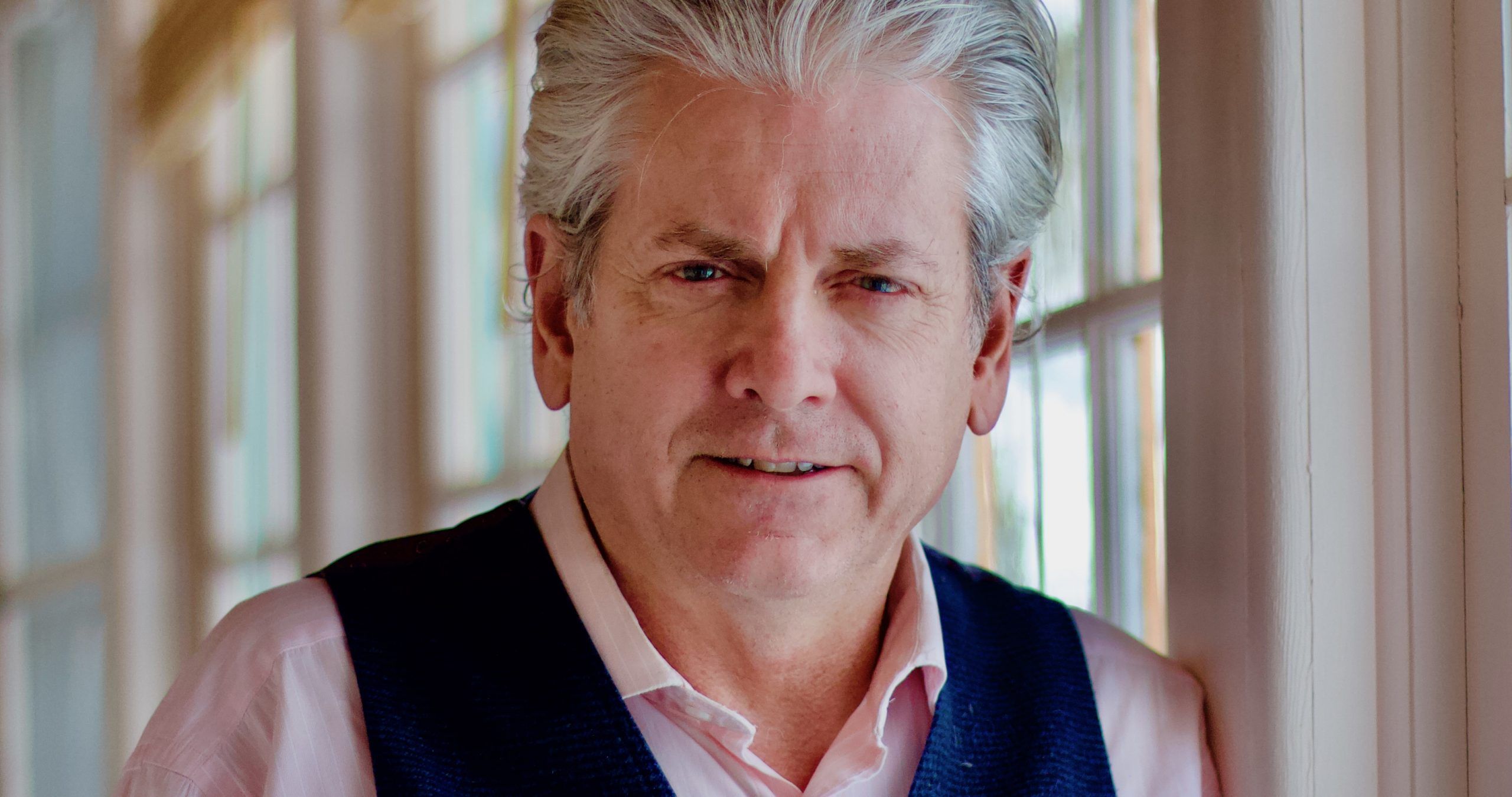 There were the cockroach races that saw miners betting as much as a $1,000 on the outcome.

There was the day vaudeville performer Daisy Primrose walked down the street in Harem pants, a new form of female apparel so scandalous that it had been condemned by the Pope.

There’s even an appearance by a dog named Bobbie Burns who may well have been the inspiration for Hollywood’s most famous canine star.

So if Charlie Angus had wanted, he could easily have confined himself to delivering a robust history of Cobalt, the fabled Northern Ontario mining town in which the New Democrat MP has long lived. But although he is a born storyteller with a passion for popular history that matches the best of Pierre Berton and James H. Gray, Angus had a lot more on his mind when he set out to write his latest book, Cobalt.

He was fascinated by the contrast between legend and reality when it comes to the “wild, ragged and haunted town” that flourished in the early years of the 20thCentury as the world’s fourth largest producer of silver before sinking into an obscurity that lasted for decades until another mineral, cobalt, would rekindle interest in it.

“There’s something absolutely beguiling about these great mineral rushes,” Angus says from his Cobalt home, a rebuilt mine shaft. “They bring people from all over the world, and they’re larger-than-life characters, and every one knows it’s not going to last. It’s a really crazy real-life fantasy story, yet it’s underwritten in tragedy.”

It’s a story that sees Cobalt’s glory days launch Canada on its path to world dominance as a mining superpower, so there were numerous themes Angus wanted to pursue, and he admits ending up with several versions and going down “many rabbit holes” before he was satisfied. “When you read this book, I hope you’re taken on a journey to places you wouldn’t have expected to encounter.”

It’s an entertaining journey even revealing the reality behind the facade. Consider Cobalt’s distinguished Prospect Hotel, “four storeys tall with a large wooden-rail balcony extending out from the first floor.” Impressive for a frontier town like Cobalt — at least outwardly so. “Inside there were a multitude of tiny rooms separated by one-inch plywood. On bitterly cold nights, the wind blew through the cracks in the boards, freezing both the water jug ​​and the chamber pot beneath the bed.” There was also a communal toilet — of sorts — in a lean-to behind the building, with an iron stove top with two holes serving as the seat.

Primitive? Oh yes. But that’s not the whole story. “If you tell somebody in Toronto in Vancouver that Cobalt had a stock exchange before they did, they would laugh out loud,” Angus says. These urbanites would be similarly incredulous to be told that Cobalt once was part of the North American vaudeville circuit and that acting legends like Beerbohm Tree and Mary Pickford played there.

Angus juggles a lot of balls in a book that is nonetheless driven by one extraordinary fact. “It was stocks from Cobalt that turned Toronto from an international backwater to an international global capital for mine financing,” Angus says. And it’s a success story accompanied by notoriety.

“Some pretty extraordinary scams and stock frauds can be traced right back to the deals that were going down in the early days of Cobalt” Furthermore, not much has changed, Angus argues. “Canada is not known as an international Boy Scout when it comes to resource extraction.”

In the early 20thCentury, Ontario’s government acted as enabler in allowing mining interests to establish fiefdoms over Cobalt and other mining towns. Conventional property rights didn’t exist which is why homeowners had no recourse if a company decided to sink a shaft in the middle of their land. Communities were not permitted by mine bosses to meet vital infrastructure needs, and mine workers — often targets of racial and ethnic hatred — were constantly exploited.

“There were decisions made that gave hugely favorable terms to the mining companies, meaning they would be paying some of the lowest taxes in the world,” Angus says. “Yet at the same time communities were left without the ability to have the kind of investments necessary to create sustainable communities when the mines shut down.”

Still, there was sometimes successful pushback; It was the Cobalt Miners Union that forced the passage of Canada’s first workmen’s compensation act.

Ultimately, it’s the people, both the noble and ignoble, who drive Angus’s story. For example, a typhoid outbreak brought out the worst in an industry that continued forcing miners to defecate in the tunnels because of a refusal to provide portable toilets, thereby leading to contamination of a water supply which miners frequently had to drink. But on the heroic side there was the example of the remarkable Annie Saunders whose “hospital” played a vital role in fighting the epidemic.

“Annie Saunders appears in town from England as a single mom,” Angus marvels. “She doesn’t tell anybody that she’s a nurse, but then there’s a disaster and people need her.”

The mining culture has always fascinated Angus, the son of Scottish immigrants who came to Canada to work in the mines. “I moved to Cobalt with my own young family just in time to watch all the mines close down and we saw a lot of heartache. But I’ve always thought there was something magical about this place even during its darkest history.”

One of his favorite characters is the larger-than-life Jack Munroe — vaudeville actor, professional boxer, mining promoter and politician, the first Canadian soldier to step on the shores of France during the First World War, and the enterprising hustler who almost succeeded in setting up a heavyweight fight in Northern Ontario with the legendary Jack Johnson.

When Munroe enlisted and was sent overseas with the Princess Pats, he smuggled his beloved collie, Bobbie Burns, on board the troopship. Overseas he and Bobbie became friends with author Eric Knight who — legend has it — would make this Canadian collie the hero of his novel, Lassie Come Home, a book that launched one of the most lucrative franchises in Hollywood history.

Unlike some historians, Angus resists sanitizing the past. He gives no quarter to the coldly mercenary conduct of the mining industry, and the suffering it caused, or the complicity of other sectors of Canada’s establishment.

“What also shocked me were stories of violence,” Angus says. He was jolted by a judicial system which condoned the acquittal of a man who had murdered one prostitute and disfigured another. “Yet the jury is not going to convict him because he’s an outstanding citizen.”

Angus reserves his greatest sorrow over the most unpalatable truth of his story: “The removal of Indigenous people from their lands was the first step to gaining control of the North,” he writes. Repeatedly in this book, with respect to Indigenous betrayal, the past rises to haunt the present. “Nobody told me until recently that there had been 2,000 years of silver mining in Cobalt with Indigenous people trading across North America. How come we don’t know that story?”

Angus is haunted by the terrible story of Chief Tonene of Temagami First Nation who was credited with launching one of the North’s major gold rushes when he staked a claim in his traditional hunting ground. Rival white prospectors jumped his claim, and Tonene was unable to fight them in the courts because the Indian Act forbade him to hire a lawyer.

“The ground he’s staked becomes one of the richest gold mines in Canadian history,” Angus says. “He’s robbed of it. He cannot go to court and ends up being buried in what became a garbage dump.”