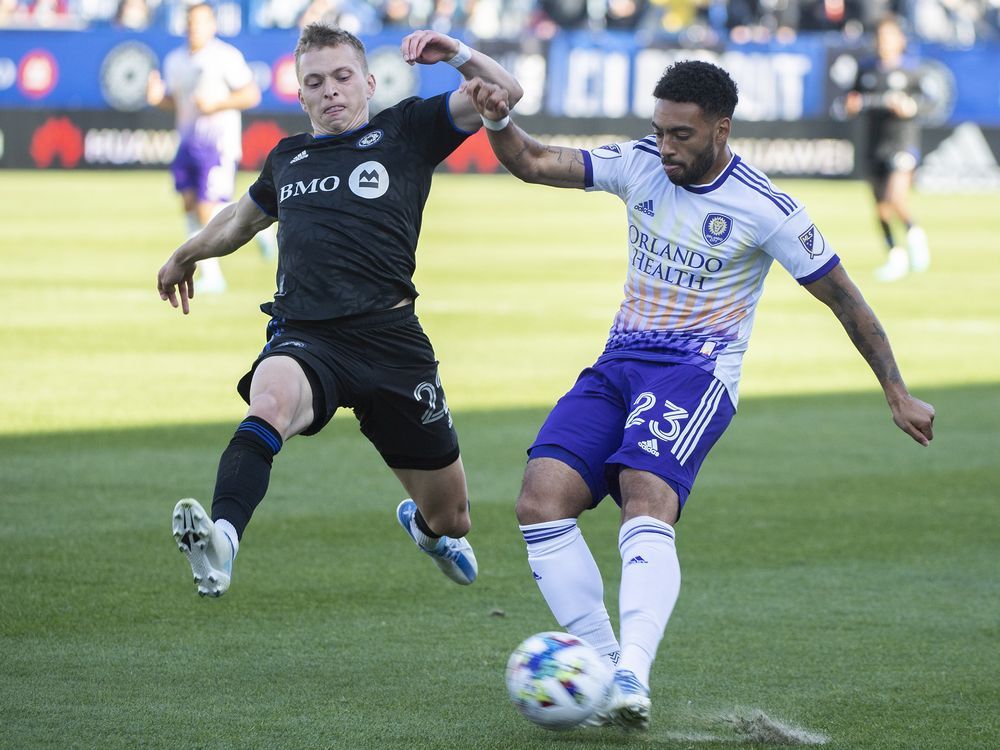 Postmedia may earn an affiliate commission on purchases made through our links on this page.

The victories of CF Montreal begin to become academic. But the latter may have had a cost.

Honduran international striker Romell Quioto left just before half-time with a shoulder or pectoral muscle injury – but not before setting up Djordje Mihailovic for the opening goal in the 45th minute – as CFM beat expansion Charlotte FC 2-0 on Saturday night in front of 33,323 fans at Bank of America Stadium.

Alistair Johnston added an insurance goal in the 67th for the visitors, who improved their record to 6-3-2. CFM extended its unbeaten streak to a franchise-record eight games and hasn’t lost in two months.

Charlotte had won four straight games at home to the NFL’s Carolina Panthers, while conceding just one goal, but proved no game for one of MLS’s hottest teams. CFM has now scored 20 goals on its eight-game streak. Charlotte’s record fell to 4-7-1.

CFM were without suspended Canadian defender Joel Waterman due to an accumulation of yellow cards. He was replaced by the little-used Italian Gabriele Corbo. Despite Corbo’s lack of activity, he played a good game, blocking a pair of attempts.

After just four minutes, Breza went down after being snagged in the face by Karol Swiderski’s boot. He was checked for a possible concussion by a doctor, but was cleared to continue.

The visitors had the best chances to score in the first half. In the 15th, Quioto was alone after being fed by Victor Wanyama. His low shot, just inside the box, was stopped by goalkeeper Kristijan Kahlina. But Quioto would undoubtedly have preferred to have more power behind the strike.

The bottom of Johnston’s left foot in the 21st was wide. It happened a minute before Joaquin Torres hit the side of the net with his left-footed attempt.

In the 26th, Johnston fired a cross for Quioto, but the ball was intercepted by Kahlina. Around 11 minutes later, Torres snatched a left foot from wide on the crossbar.

Moments later, the locals nearly opened the scoring. Andre Shinyashki, who produced the only goal in Charlotte’s 1-0 win over Inter Miami last weekend, fired a shot from just inside the box that hit the post to the left of a Breza plunging.

Quioto was limping with a right leg injury in the 41st and had to temporarily sideline. Although he came back and set up Mihailovic’s goal, he immediately collapsed on the grass with what appeared to be a serious shoulder injury.

It was Mihailovic’s sixth team-leading goal this season – and one of his easiest – having only to hit Quioto’s cross. Quioto was replaced by veteran Kei Kamara.

At the start of the second half, unlucky Finnish midfielder Lassi Lappalainen couldn’t finish – again. He had a wonderful opportunity from the left flank, only to shoot from the side of the far post.

But that didn’t matter when Johnston ended the game with just over 20 minutes left in regulation time. His right-footed low shot just inside the box deflected past the far post and past Kahlina. It was his first goal this season and the second of his MLS career.

The match was the first of three CFM will play over a nine-day period. The team plays in Nashville on Wednesday night.