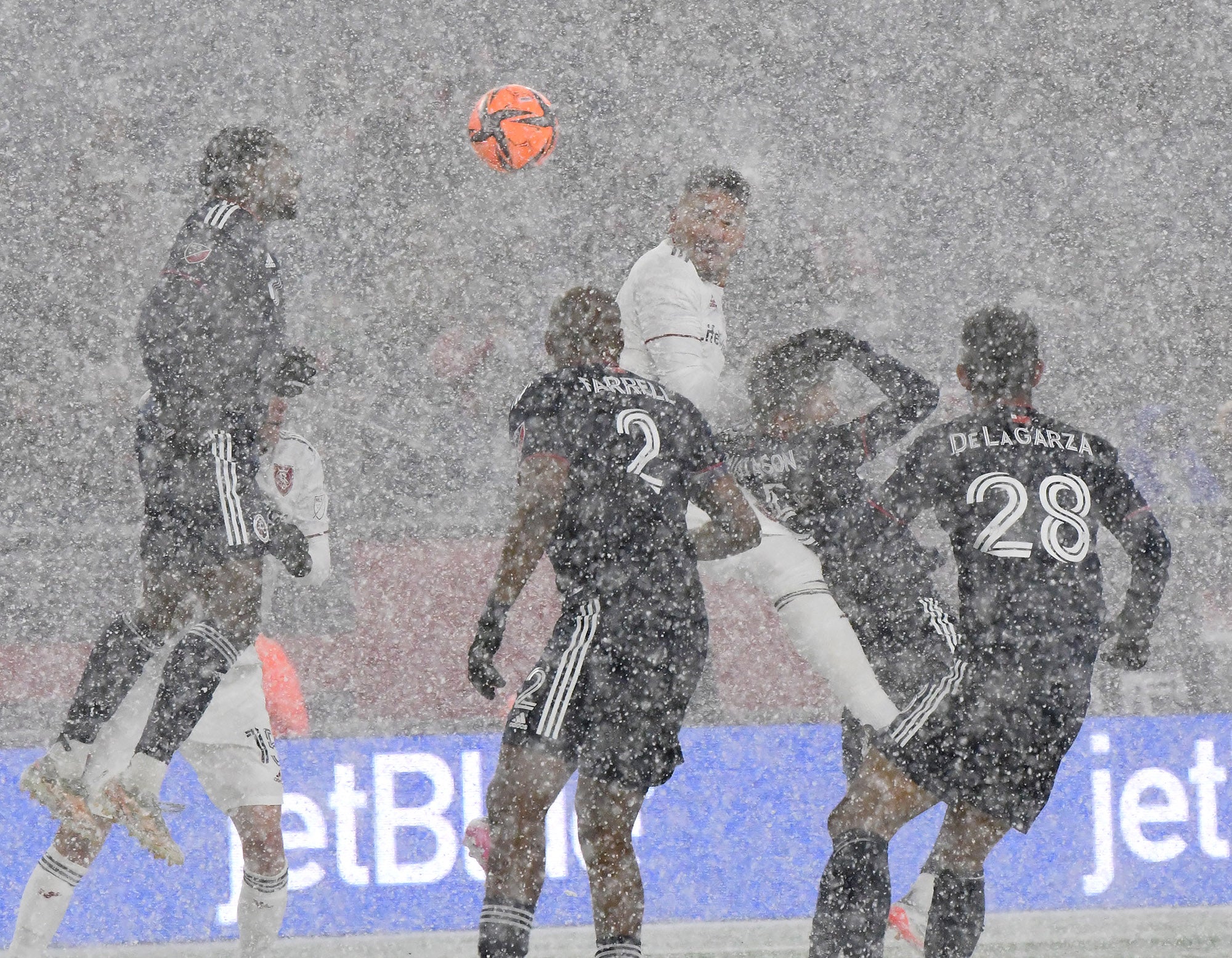 Moments after the Revolution fell to a 3-2 defeat against Real Salt Lake amid yet another game played in snowy conditions — a loss in which New England gave up three unanswered goals in the final 15 minutes — Carles Gil shared some unfiltered thoughts in a live television interview with Naoko Funayama.

“I cannot talk with my teammates. I cannot run. I cannot do anything. It’s impossible,” said Gil of the conditions. “This is not soccer. Stop the f****** game. We play tomorrow or any other day. I do not care. This is not football.”

Gil, the Revolution’s captain and the defending Major League Soccer MVP, spoke to New England’s frustration following the late collapse. Heavy snow fell in the first half. In the second half, even as the snow began to taper off, windy conditions set in.

It was the Revolution’s second snow game of the week following the 3-0 Champions League home win against Pumas UNAM on Wednesday. The two teams will play the second leg of the quarterfinal matchup in Mexico City next Wednesday (March 16).

Gil was asked if he could take anything away from Saturday’s game as the team looked ahead to the return game with Pumas.

“No, nothing, because I repeat: For me, it’s not football,” said Gil. “If we finish the game 2-0, I say the same [thing]. It’s not football. It’s impossible to play like this. So congrats to Real Sale Lake, because they [made] amazing plays, but I don’t understand why we played today.”

Revolution head coach Bruce Arena took a more measured line on the state of the game.

“Games have been played in the snow,” said Arena. “So, I can’t argue that. What do you take away from it? Probably, you have to have better concentration at the end of the game and certainly on a day like today, there’s going to be mistakes made and the penalty area.

“For us to have a combination of mistakes like that at the end of the game is inexcusable,” Arena admitted, “but it certainly wasn’t a soccer game today. But you know, both teams played under the same conditions, so give them credit.”

New England took a first half lead through Emmanuel Boateng’s calm finish off of an Adam Buksa headed assist.

In the second half, the Revolution took what appeared to be a commanding 2-0 lead when substitute Jozy Altidore scored his first goal since joining New England, heading in Buksa’s flick-on from a Sebastian Lletget cross.

Trouble began in the 78th minute when Revolution center back Andrew Farrell mistimed a header, mistakenly redirected the ball back towards his own goal. Eventually, Salt Lake forward Sergio Córdova pounced on the loose ball, maneuvered around New England goalkeeper Earl Edwards Jr. and passed it into the net.

The second goal — scored by Real defender Justen Glad — was more controversial. The play began with a free kick from Pablo Ruíz, who clipped it in for Glad to tap in at the near post.

Replays showed that the ball was moving when Ruíz kicked it, which the Revolution claimed should have negatived the goal.

The league’s officiating crew gave a response via email after the game regarding the call.

“First: At the taking of the free kick, the focus of the officiating team is primarily on the block of players challenging in the penalty area. There is negligible movement of the ball just prior to it being kicked however this was not seen by the officiating team; Second: This incident is outside the VAR Protocol and the VAR is not permitted to intervene.”

“The ball was moving. They looked at it and they said it didn’t move. We have the most inefficient use of VAR, probably, in the world,” said Arena. “We looked at it. The ball was moving. Having said that though, they still got the goal and all of that, but there’s no point in having VAR if they can’t look at that tape and make that decision. What can I say, you know?”

The Revolution’s night only got worse. In stoppage time, Tate Schmitt’s curling shot found the back of the net, sealing a comeback win for the visitors.

It was New England’s first loss of the 2022 season, and a difficult defeat in the circumstances.

Still, given the Revolution’s busy schedule — with the game on Wednesday against Pumas followed by a matchup against Charlotte FC on the following Saturday — defender AJ DeLaGarza emphasized the need for the team to move on.

“We have to let it motivate us and not put our heads down because we have a very big game on Wednesday and then we close out in Charlotte and then go into international break,” said DeLaGarza. “So, two very big games for us going into the international break and obviously Wednesday is critical. And like I said we need to defend better over there in Mexico than we did here the last 15 minutes.”