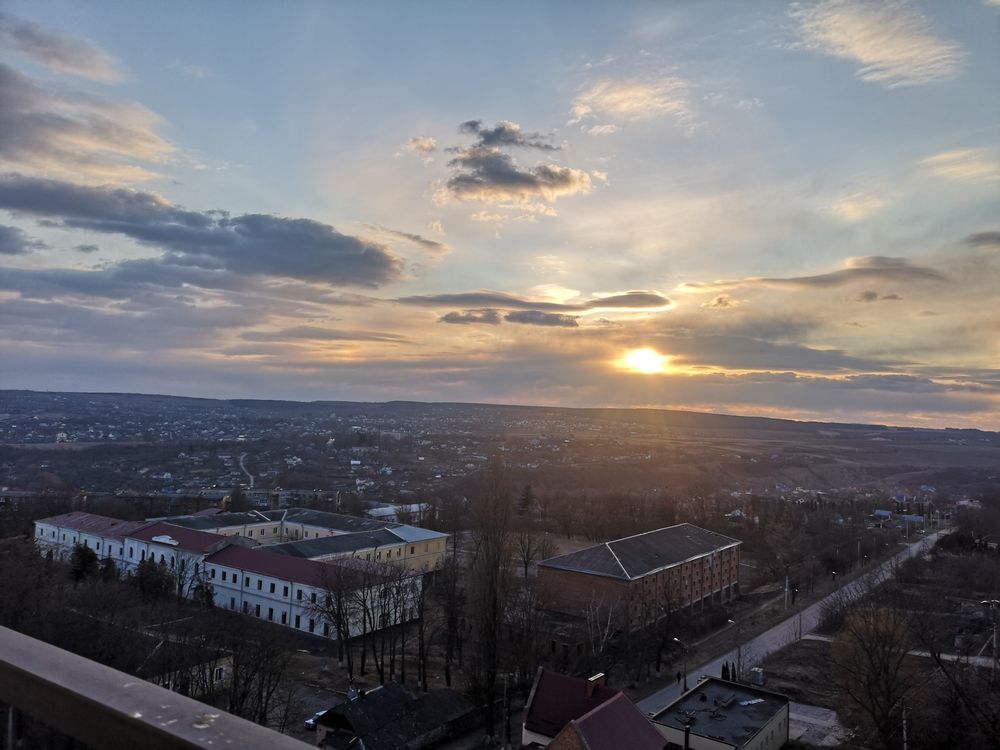 The wail of an air-raid siren has become part of the soundtrack of Svitlana Matviyenko’s life.

The first time she heard the blaring alarm indicating she was along the trajectory of a Russian rocket, Matviyenko panicked. Now, the assistant professor at Simon Fraser University’s school of communication has something of a routine.

She calls her parents, who are in their 80s and live a block away from her in the western Ukraine city of Kamianets-Podilskyi, to let them know to go into a “safe room” — a windowless space that’s easier for them to access than their base—until she gives them the all-clear. Then, she monitors various apps and messaging groups to check how long it’s expected to last.

The sirens can go on for 15 minutes, or as long as two hours. One Saturday-night alarm lasted three hours. The sirens go off two or three times a day, but so far, the city has been spared any bombings.

“I’m very, very happy I’m here. I think I would have absolutely lost my mind if I were (in Canada),” Matviyenko said. “Here I feel like I at least control some situation.”

A permanent resident of Canada, Matviyenko went to Ukraine a little over a year ago to care for her mother, who had a broken spine. She has also been able to continue teaching a graduate seminar on the history of communication theory to students back home in Metro Vancouver, but only when the internet is accessible, she said.

Before Russia began its invasion of Ukraine late last month, she said she had a “bad habit” of leaving the TV on while she slept. But the habit broke just after the first day of the invasion, she said.

“I only want silence,” she said. “My feelings changed several times during the first week of war. When I woke-up and heard silence, I felt almost a warm wave running through my body, like absolute pleasure. Almost orgasmic feeling. I was surprised by such a visceral reaction to just the fact that I hear it’s quiet.”

Matviyenko said she keeps herself busy all day between teaching a class and writing a book.

It’s “too strong” to say that she lives everyday as it may be her last but there is a “subtle feeling” that it might be a possibility, she said. “I need to do it faster, or I need to finish it faster. Because something may happen now. The deadline has become a little too literal.”

There is also a rushing yet quiet need to celebrate moments of life since the “strange sounds” of war first began in mid-February, she said. For the first time in the roughly 20 years since Matviyenko left home, she said she celebrated her birthday on Friday with her parents. She turned 46. Her mother insisted on making holubtsi, which is a traditional Ukrainian stuffed cabbage dish and a favourite, she said with a laugh.

“We were so excited about the holubtsi that we actually missed one air raid siren,” Matviyenko said. “Didn’t hear it at all. We were just laughing and celebrating in there. Luckily nothing happened and we were not hit.”

Sign up to receive daily headline news from the Vancouver Sun, a division of Postmedia Network Inc.