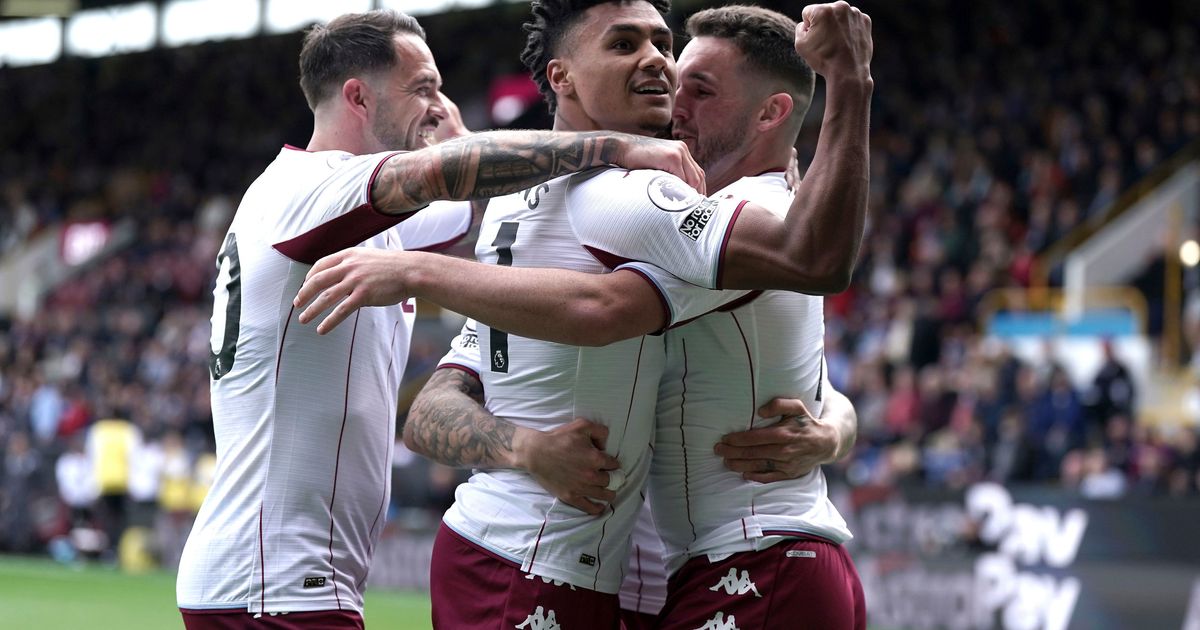 Steven Gerrard’s Villa have done Everton and Leeds a big service by tearing Burnley apart. Emi Buendia enjoyed just his second start since February with a goal and an assist after replacing Philippe Coutinho.

Danny Ings scored against his former side for a fourth goal in four matches against Burnley, and Ollie Watkins delivered the killing blow.

Substitute Maxwel Cornet netted a stoppage-time consolation goal for Burnley but the damage was already done, perhaps doubly so with key defender James Tarkowski limping along in the second half.

The defeat means Burnley could finish the weekend in the bottom three if Leeds and Everton pick up points in tough matches at Arsenal and Leicester, respectively, on Sunday.

Everton are in third place, two points behind Burnley and Leeds in the tight relegation game.

Jackson has taken an unlikely 10 of a possible 12 since replacing fired Sean Dyche last month. But a fourth straight win, which would have equaled Dyche’s tally all season, proved well beyond his side as Villa were clinical in front of goal a week after toppling Norwich with a 2-0 win over England. last team.

In a week when it emerged that relegation will mean Burnley ownership must immediately repay a ‘significant’ proportion of a £65m ($80m) loan taken out when it was bought out in December 2020, it was the result of concentrating spirits at Turf Moor after a superb few weeks under Jackson.

Coutinho having gone six games without a goal or an assist last weekend, Gerrard gave Buendia the start in one of his squad’s four changes, and the Argentine needed little more than a half hour to record one of each.

Ings had already threatened once, widening after cutting in from the left, but was right on target when Buendia’s pass split Burnley’s center halves seven minutes from time to allow him a simple finish.

Villa doubled the lead in the 31st minute after Burnley failed to manage a deep cross. Watkins and Ings sent the ball to Lucas Digne, whose drop from the penalty spot found Buendia and his side shot went in with the help of a deflection from Tarkowski.

Things got worse after the break for Burnley when Tarkowski hobbled to be replaced by Kevin Long, and the defense was left exposed as Watkins killed the hosts just seven minutes into the second half.

John McGinn had space to send in a cross and Watkins was given freedom from the penalty area to pass the stranded Pope, sealing a win that moved Villa into 11th place.

Although Cornet got around Martinez to hit home a consolation strike, it was a worrying loss given the Clarets have to travel to Villa Park in 12 days for one of three remaining fixtures in which they can secure their future. in the Premier League.