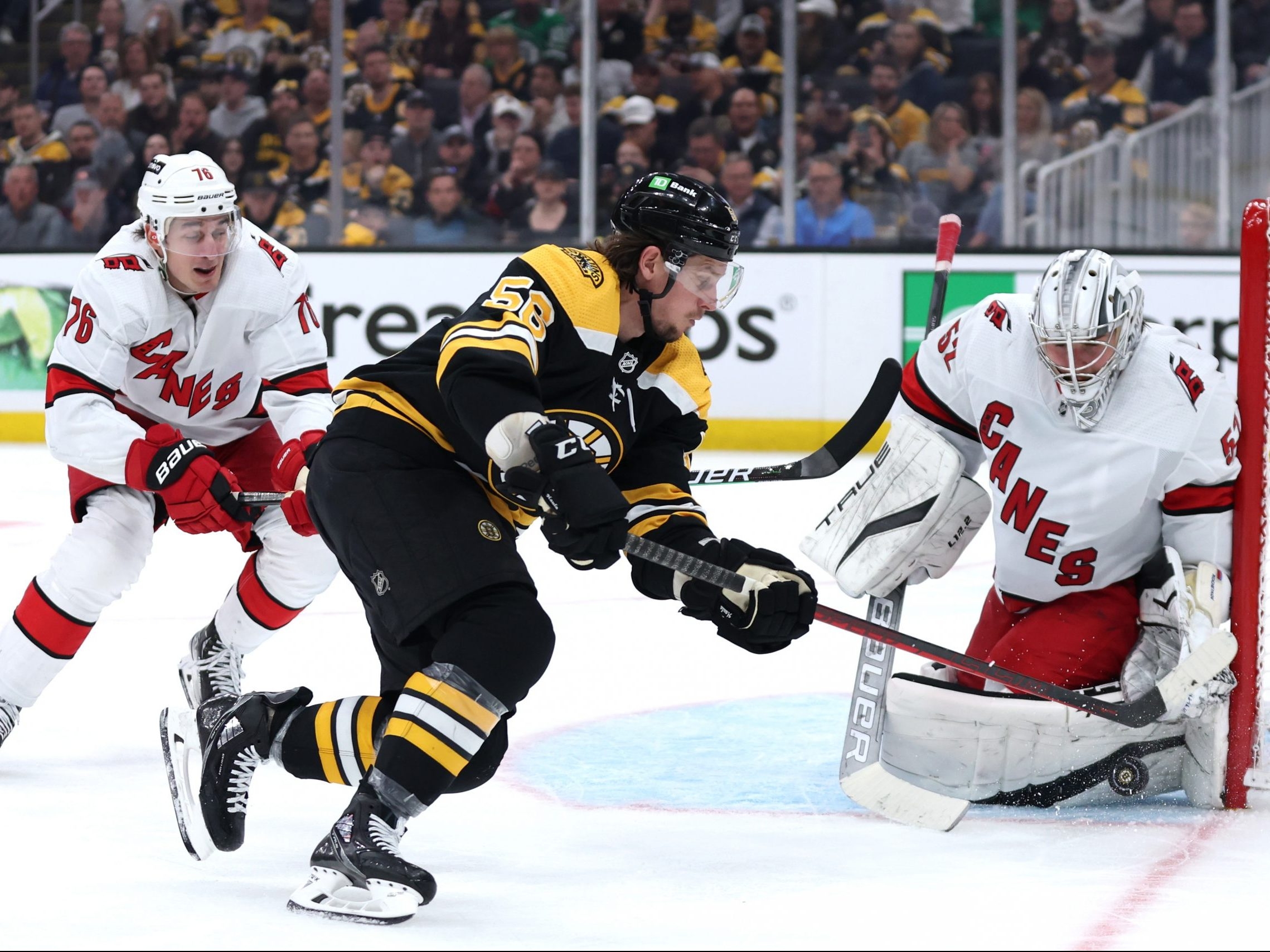 BOSTON – Brad Marchand had a goal and two assists as the Boston Bruins used a three-goal surge in the second and third periods to split in a 4-2 win over the Carolina Hurricanes in the third game of their Eastern Conference first-round series on Friday night.

After Carolina’s Vincent Trocheck opened the scoring at 9:17, Boston went on a four-goal run through Charlie Coyle, Marchand, David Pastrnak and Taylor Hall. The two midfield goals came in the second period.

Both goaltenders made their Stanley Cup Playoff debuts. Boston’s Jeremy Swayman was calm all night as he tallied 25 saves, holding himself especially steady during a frenetic 20-second streak in front of the net that featured several high-quality chances.

Carolina scored the first for the third straight game in the series as Trocheck buried his second goal of this year’s playoffs in a released net. Bruins defenseman Brandon Carlo’s turnover led to Brendan Smith’s first shot.

Coyle’s shorthanded goal with 2:44 remaining in the first period tied the game. Jake DeBrusk sent a brilliant flow from the left side past a defender into the low slot and a right to Coyle for an easy finish.

Boston took its first series lead 5:41 into the second period when Marchand controlled the carom with a blocked shot, cut down the middle and fired a shot under Kochetkov’s blocker.

Carolina killed the first 91-second five-for-three penalty, but Pastrnak extended the Bruins’ lead by covering a wrist from the left circle at 14:53 of the second.

At 4:08 of the third, Hall scored the home side’s second straight power-play goal with a pass in front of Patrice Bergeron’s net.

Slavin took the Hurricanes to 4-2 as his left-point shot beat Swayman with 8:30 left.

Carolina forward Jordan Martinook (lower body) did not return as he was injured in a fall after chasing the Bruins’ Taylor Hall in a run along the team benches in the second period .