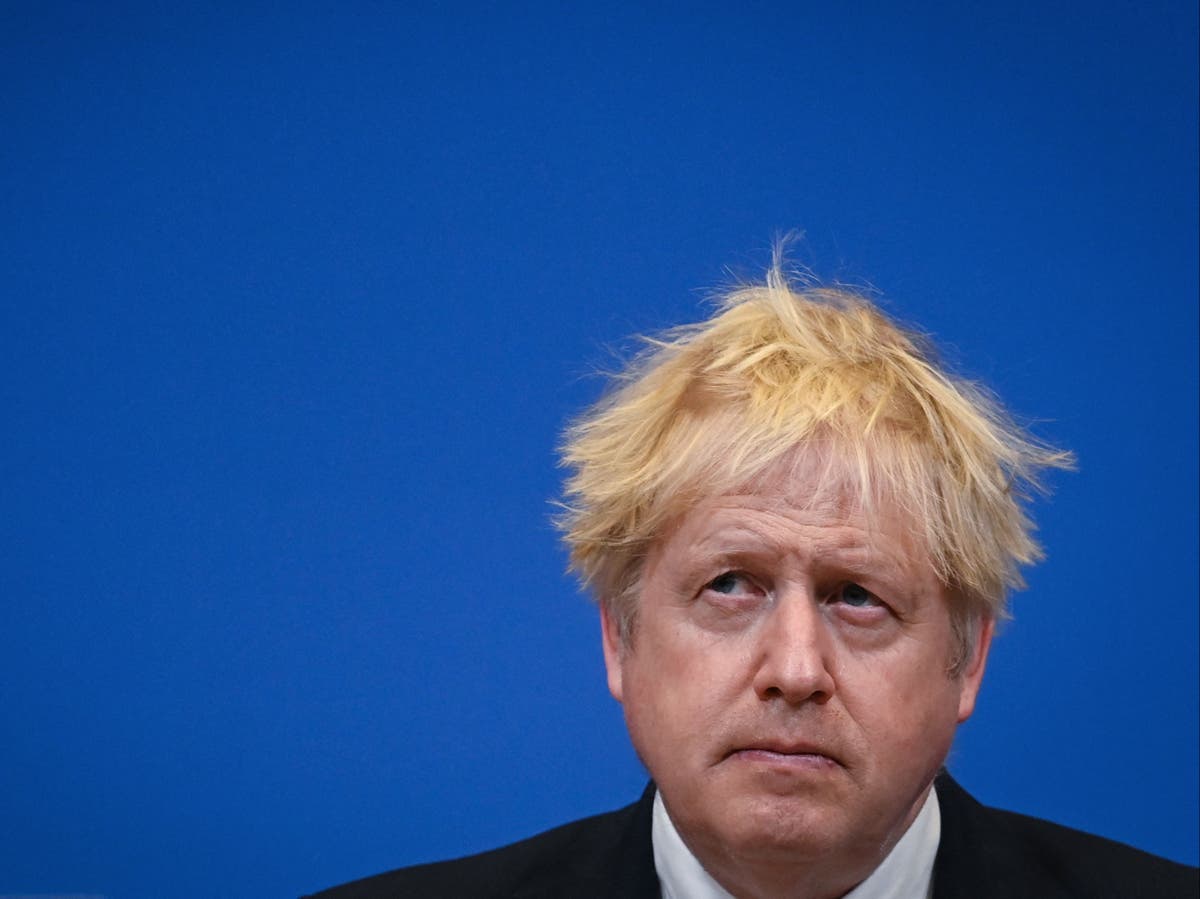 Liberal Democrat MPs are campaigning to block Boris Johnson from having a resignation honors list, and using the promise of gongs to win back support from rebels, if he is forced from office over Partygate.

Letters – seen by The Independent – were submitted to the chairs of the House of Lords Appointments Commission and the Cabinet Office Honors Committee following unconfirmed reports that Mr Johnson had offered knighthoods and peerages to Tory MPs who hold back from submitting letters of no confidence in his leadership.

Wendy Chamberlain, the Lib Dem chief whip, said that without this assurance, a “desperate” PM can be expected to take advantage of the system in his bid to cling to power.

Meanwhile, Mr Johnson is making his first visit to Scotland since the leader of the Scottish Conservatives called for him to quit over the Downing Street Partygate allegations. The PM is using parliament’s half-term break to begin on a “levelling up” tour of the UK, starting in Scotland with visits to a manufacturing site and research and development projects.

Police have been asked to investigate a rash of online death threats made against Keir Starmer by right-wing extremists in the wake of Boris Johnson’s false claim that he “failed to prosecute” the paedophile Jimmy Savile.

A dossier of messages from apparently identifiable users of the Telegram app has been sent to police by the Center for Countering Digital Hate, writes our political editor Andrew Woodcock.

Among them were calls for the Labor leader and shadow foreign secretary David Lammy – who were accosted by a mob shouting “paedophile protector” and “Savile” as they walked through Westminster last week – to be “executed”.

There’s more from Brandon Lewis now, who used a Times Radio interview earlier to condemn the Mayor of London for withdrawing his support for Dame Cressida Dick, the former Met Police commissioner.

The Northern Ireland secretary described Sadiq Khan’s position as “rather odd”, asking listeners of the station to “bear in mind this is a man who just a couple of months ago extended Cressida Dick’s contract”.

Mr Lewis added he thought London’s mayor “should’ve been consulting with the home secretary” before he put pressure on Dame Cressida to go following a text messaging scandal in the Met which revealed serving officers making racist, sexist, and homophobic ‘jokes’ to one another.

“For me, yes, I think he should’ve been talking to and working with the home secretary particularly so close to a time he extended a contract himself – it does seem to be a rather odd position for him to have taken,” the cabinet minister said.

Asked if he thought the mayor was playing politics, he responded: “Possibly, to be frank.”

He argued Mr Khan was “very keen” to appoint Dame Cressida but now he “seems to have had a volte face in just the last week”.

On policing, shadow home secretary Yvette Cooper has accused Priti Patel of being “silent” for the last year.

Ms Cooper said the current home secretary had failed to “defend, stand up for and reform” Britain’s policing by consent model.

“I think [it’s] something we should be proud of … At the moment, there’s been none of those reforms from the Home Secretary. The home secretary has been silent on policing for a year,” she said.

She said the government was failing to “challenge any internal culture issues” as well as the “policing of the country to make sure that women and girls can be kept safe, which currently too many feel that they’re not”.

Because of PM, Good Friday Agreement under pressure, says Labor

“We have a prime minister who goes to Northern Ireland, makes an absolute solemn promise there will be no border down the Irish Sea and has no intention of honoring that promise, and in fact breaks it straightaway,” Mr Kyle told Sky’s Trevor Phillips On Sunday.

“This has put a division right down Northern Ireland at a time when politics is already fragile.”

He said the Good Friday Agreement was under even more pressure because “we have a government that doesn’t represent all of Northern Ireland”.

PM will survive parties crisis to fight next election – minister

Following my earlier post, here’s our political editor Andrew Woodcock with more on comments made by Northern Ireland secretary Brandon Lewis this morning.

He claimed the Boris Johnson will survive his Partygate crisis to fight and win the next general election as Conservative leader, amid growing pressure on the PM to quit if he is ended by police over parties in Downing Street.

More on Partygate now, as a law lecturer says the use of a questionnaire in a criminal investigation is “unusual”.

Dr Nick McKerrell, a senior law lecturer at Glasgow Caledonian University, told BBC Breakfast that returning a blank response to such a questionnaire would have “weight” behind it. He continued: “You and I, we have human rights in that context of the rate of fair trial and the right to legal representation, even when being questioned.

“So to doing a questionnaire is quite weird because you don’t have that interaction in the same way. So theoretically, you could get no information from the questionnaire, because one of the rights you’ve got when questioned by the police is the right to remain silent.

He added the questionnaire might be “filtering” in order for the police to establish where to conduct more direct interviews later. Another issue would be the length of time which had passed since the alleged offenses and the fact the maximum penalty would be a fine, he said.

Behind the headlines: Will Partygate be the end of Boris Johnson?

Will Partygate be the end of Boris Johnson? | Behind The Headlines

PM will fight and win next election, Tory MP claims

More from Brandon Lewis, who says Boris Johnson will “fight” and win the next election despite the partygate investigation.

He told Sky’s Trevor Phillips On Sunday: “He has my absolute 100 per cent-plus loyalty.

“I think this a prime minister is doing things for our country, he’s got the big decisions right. I think he will fight and he will win as a result of the next general election.”

PM getting on with job and won’t be distracted by Partygate probe, says Lewis

Brandon Lewis, the Northern Ireland secretary, has rubbished claims that Boris Johnson is distracted from his “day job” amid ongoing Partygate furore.

Put to him this morning that the PM is “only human”, and “could not possibly” have enough time in the day to deal with the ongoing police investigation into No 10 parties and the “real life issues” affecting the everyday lives of Britons , Mr Lewis said he had only seemed the PM “fully engaged”.

“I have to say in the dealings I’ve had with the prime pinister he’s absolutely focused on the job in hand, about what he’s doing for the British people,” the cabinet minister said.

He added: “The investigation is a matter for the police, I’m not going to put time frames on them, they’ve got to be able to do their job independently, autonomously and see that through.”

When quizzed about whether filling in a new Met Police questionnaire would distract from Mr Johnson’s day job, Mr Lewis said no and, again, argued the government was getting on with what it had to do.

Michael Gove has picked a controversial professor who suggested non-white British-born people are not “indigenous” to advise him on leveling up plans, The Independent can reveal.

The appointment of Paul Collier, who claimed immigration has made “the indigenous British” a “minority” in London – apparently excluding ethnic minorities – has been condemned as “divisive” by anti-racism campaigners, writes our deputy political editor Rob Merrick.

The development economist at Oxford University also argued, at a seminar, that people born in this country should count as indigenous only if they have integrated into British society.