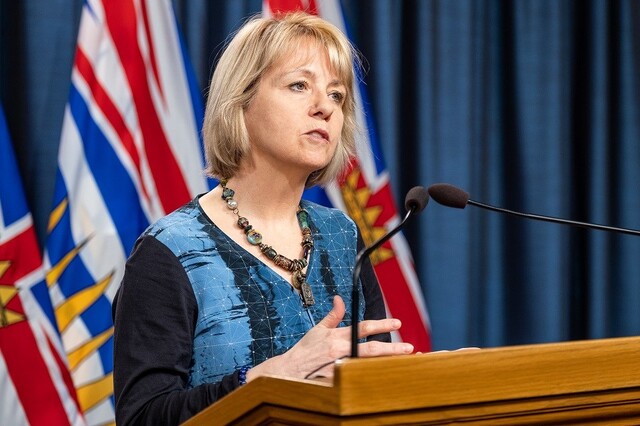 Photo: via Flickr/Province of British Columbia

A B.C. Supreme Court judge has dismissed an attempt by provincial health officer Dr. Bonnie Henry to dismiss a case alleging her office violated the Charter rights of health care workers when she issued orders requiring them to get two COVID-19 shots to continue working.

The case was filed by the Canadian Society for the Advancement of Science in Public Policy, an organization that describes itself as advancing “science in public policy in British Columbia” – and challenging COVID-19 measures.

The group, along with executive director Kipling Warner, claimed Henry’s public health order failed to provide a reasonable exemption for people with religious objections, who are already immune due to infection. , are at high risk of vaccination, or who have recently received a negative COVID. 19 try.

The court motion cites three orders issued in the fall of 2021 that made COVID-19 vaccinations mandatory for all healthcare workers in hospitals and long-term care homes.

Henry’s office, for its part, disputed that the decisions were reasonable public health orders issued to limit the transmission of the SAR-CoV-2 virus in high-risk public places, as well as to protect the vulnerable and the public. health system.

As a software engineer, Henry’s office maintained that Warner had no apparent connection to health care and provided no evidence to show he had a direct personal connection to the issues before the court. court.

Warner told the court, “…my ability to access medical services in a timely manner was affected.”

“For example, I’ve been on the waiting list for about a year for surgery related to a sports injury.”

Judge Simon Coval disagreed, writing in the ruling that there was no evidence Warner’s surgery wait time was unusual or had anything to do with orders.

But while Warner was found to have no personal interest in the case, the judge ruled that his organization – the Canadian Society for the Advancement of Science in Public Policy – ​​had public interest status. to take the case to court.

Determining that standing required the group to demonstrate that the matter was both serious enough to be heard in court and that the company had a genuine interest in the matter. The legal test also requires the petitioner to demonstrate that a matter can reasonably and effectively be brought before a court.

The case, Justice Coval said, raises “significant and complex” health care issues “that transcend the interests of those directly involved.”