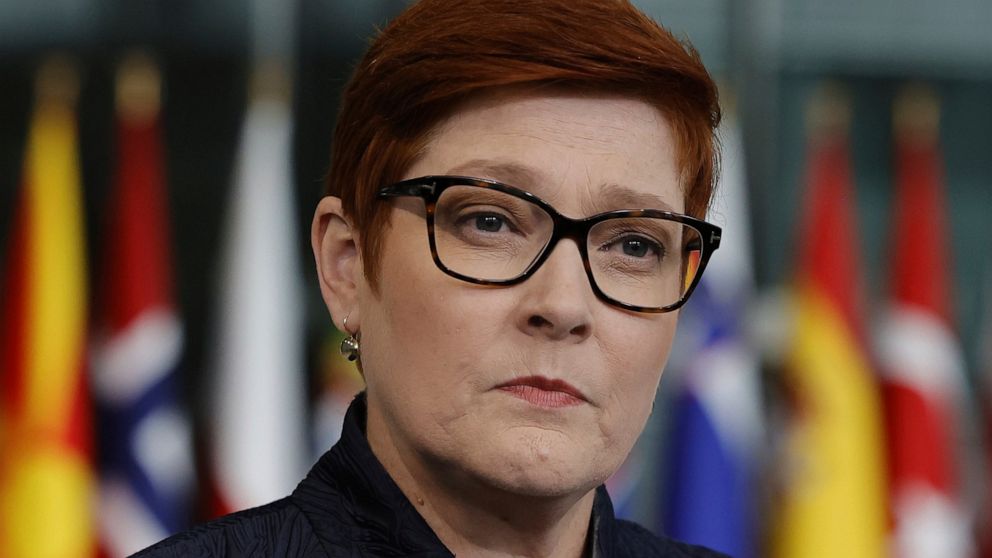 Foreign Minister Marise Payne said on Saturday she had met Solomon Islands Minister for Development Planning and Aid Coordination Jeremiah Manele in Brisbane on Australia’s east coast as he was passing through the airport on Friday evening.

“Australia has been consistent and clear in declaring its respect for the sovereign decision-making of the Solomon Islands, but we have reiterated our deep concerns about the security agreement with China, including the lack of transparency,” said Payne’s office in a statement.

Payne’s office said the two had agreed that Australia remained the Solomon Islands’ security partner of choice and that the Solomon Islands would not host a foreign military base within 2,000 kilometers (1,200 miles) off the northeast coast of Australia.

Manele could not be reached for comment on Saturday.

Commerce Minister Dan Tehan told the Australian Broadcasting Corp. that the two ministers had had a “very productive conversation”.

Australia has said a Chinese base in the Solomon Islands is not in the region’s interest, Tehan said.

“What we want to do is make sure we present a very strong case for why it’s extremely important that we don’t see the militarization of the Pacific islands,” Tehan said.

Morrison’s coalition is seeking a rare fourth three-year term in the May 25 election.

Morrison hailed the meeting as a reinforcement of Australia’s leadership role in the region.

“It also reassured, once again, that the Solomon Islands are not considering or supporting the establishment of a naval presence,” Morrison told reporters while campaigning in the city of Perth, on the West Coast.

The security pact between China and the Solomon Islands announced last month has become a major focus of the election campaign.

After details of a draft pact were released, Australia’s Minister for International Development and the Pacific, Zed Seselja, flew to the Solomon Islands’ capital, Honiara, on April 12 to unsuccessfully petition the government to to give up.

The centre-left opposition Labor Party said at the time that Payne, a senior minister to Seselja, should have been sent instead.

“It was about time,” Albanese said.

Albanese also blamed Morrison for not having phoned his Solomon Islands counterpart Manasseh Sogavare since signing the pact. Morrison said he was taking the advice of intelligence officials.

The Labor Party condemned the pact as the worst failure of Australian foreign policy in the Pacific since World War II. Albanese has promised closer engagement between Australia and its South Pacific island neighbors if Labor wins government.

Home Secretary Karen Andrews has suggested that Beijing timed the announcement of the pact during an election campaign to undermine her conservative Liberal Party’s re-election prospects.

Seselja arrived in Honiara the same day US Under Secretary of State Wendy Sherman spoke with Manele about Washington’s plans to reopen an embassy in Honiara.

A US delegation to Honiara led by National Security Council Indo-Pacific Coordinator Kurt Campbell and Assistant Secretary of State for East Asian and Pacific Affairs Daniel Kritenbrink warned after the pact was signed that the United States would take unspecified action against the Solomon Islands should the China deal pose a threat to U.S. or allied interests.

Sogavare told parliament this week that opponents of his new security pact with China had threatened his country with “invasion”.

Without mentioning the United States or Australia by name, Sogavare said his country was “insulted” by the “lack of trust among the parties involved”.

Sogavare maintained that there would be no Chinese base in his country and China denied seeking to establish a military foothold in the islands.

A draft of the pact, which was leaked online, said Chinese warships could stop in the Solomon Islands for logistical resupply and that China could send police and armed forces there “to help maintain the social order”. The Solomon Islands and China have not released the final version of the agreement.