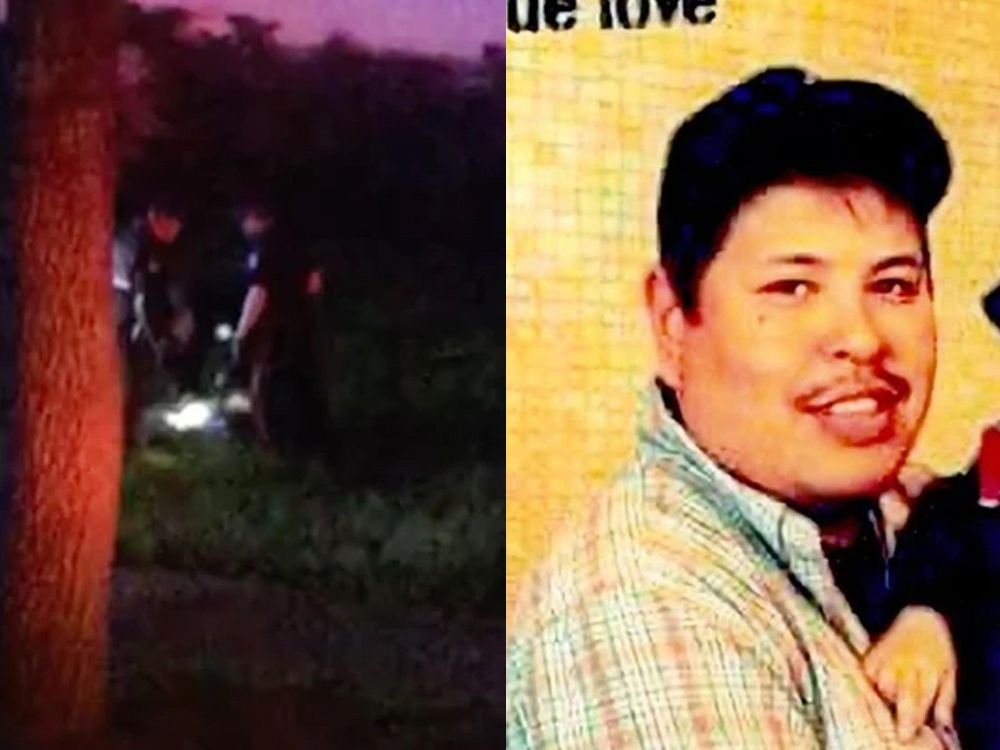 On Friday, Alberta’s Serious Incident Response Team released its findings on two police-involved deaths: the 2018 death of Emroy Cardinal and the 2019 death of an unidentified man from Edmonton.

Cardinal, 38, died after being shocked repeatedly with a Taser as RCMP attempted to arrest him at a St. Paul hotel. The 43-year-old Edmonton man was taken to the ground by police after starting a series of small fires. He told police he was “choking” minutes before officers noticed he had stopped breathing.

Autopsies attributed the Edmonton man’s death to “struggle with/coercion by police combined with methamphetamine use”, while Cardinal’s death was attributed to “excited delirium syndrome resulting from cocaine toxicity”. Both men had signs of underlying heart disease.

Amanda Hart-Dowhun, a lawyer representing the Edmonton man’s family, said the two cases were examples where police involvement in a mental health crisis made matters worse.

Cardinal, a member of Whitefish Lake First Nation, started behaving strangely after checking into the Hampton Inn in St. Paul. Just before 2 a.m. on July 31, 2018, the receptionist noticed him damaging cars and breaking windows in the parking lot. Cardinal told his wife “that people were there to shoot him”. The woman later told the clerk that Cardinal didn’t have his medication and was “acting like a schizophrenic.”

Cardinal eventually entered the lobby and continued to damage property. Two RCMP officers arrived and tried unsuccessfully to arrest him, after which he retreated to a storage room. He later grabbed a pair of scissors and, according to officers, continued to resist, swinging at them and even pinning one of them against a wall. One of the officers was beaten repeatedly and was bleeding from the mouth, ASIRT said.

Cardinal’s wife told ASIRT she thought she could have talked him out of it, but the police “just told him to go away”.

During the struggle, officers fired their Tasers four times, at least one of which hit Cardinal. He eventually fell to the ground, where officers used kicks, punches and “lateral neck restraint” to subdue him.

Officers later noticed Cardinal was in “medical distress” and began CPR until an ambulance arrived. He was pronounced dead on arrival at the local hospital.

In a report released Friday, ASIRT executive director Michael Ewenson concluded that the officers involved in Cardinal’s death complied with the law and did everything possible “to resolve the situation without serious injury or death.”

“Unfortunately, the excited delirium syndrome resulting from cocaine toxicity was not something the officers involved could control.”

Edward Blood, Cardinal’s father, questioned the finding of excited delirium, made by Dr. Mitchell Weinberg of the Edmonton Medical Examiner’s Office. He said his family were “very disappointed” with the outcome and said the presence of police only made the situation worse.

In 2021, the American Medical Association criticized the concept of excited delirium as a medical diagnosis, saying it “has been misapplied and disproportionately diagnosed in law enforcement-related deaths of black individuals and browns”.

A nearby resident captured video of the arrest of the unidentified Edmonton man, who was seen burning paper near 114th Street and Jasper Avenue after dark on June 28, 2019.

The first officer at the scene said the man refused to stop when told he was under arrest for arson. The officer told ASIRT he was worried the man might run away or assault him, so he grabbed him by the arm, tried to lock him behind his back, then pulled him down. knocked to the ground when he tried to get away.

Two of the officers speculated that the man may be suffering from “excited delirium”.

Summarizing the interview with the officer, ASIRT said the man was “hard fought in the field” so two officers were unable to handcuff him. He later “made a sudden, explosive move” to evade the officers.

Eventually, police were able to handcuff the man and use a “hobble” strap to secure his feet. A spit mask was attached to his face. A few minutes after the resident began filming, the man can be heard saying “I’m choking”, to which one of the officers involved replied “no, I’m not.” Officers then transferred him to a police van but dragged him out when they noticed he had stopped breathing. The man’s head hit the pavement as officers carried him to perform CPR.

In his report, Ewenson said the victim’s “suffocating” comment was concerning, but noted that the medical examiner’s findings “allay that concern”.

“As previously reported, the cause of death was found to be a struggle/coercion by police combined with methamphetamine use,” Ewenson wrote, adding that the victim’s enlarged heart and history of schizophrenia were factors. contributing factors. “Importantly, the medical examiner found the mechanism of death to be unstable electrical activity in the heart.”