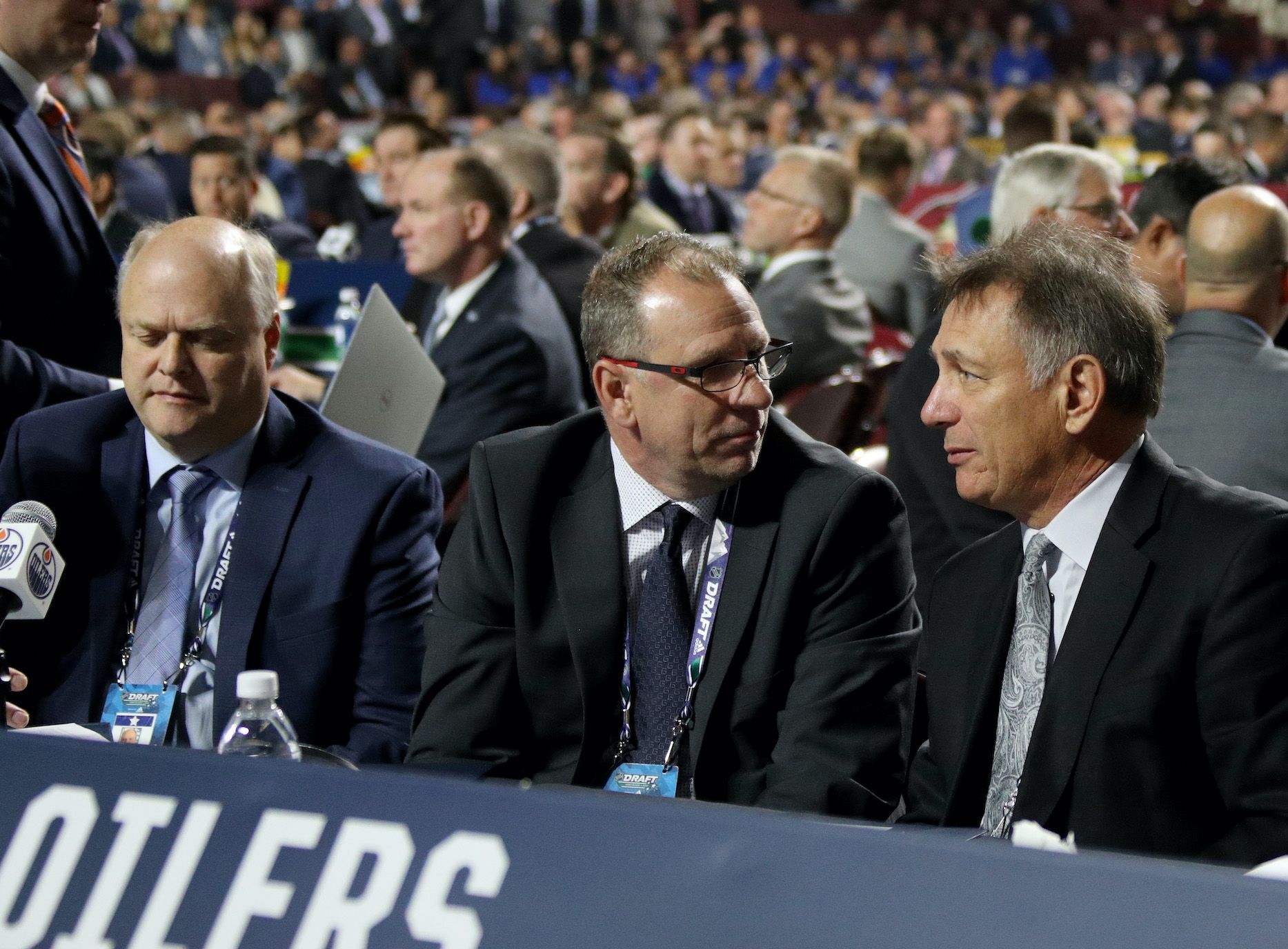 When I was writing this column a week ago, I wasn’t looking ahead to the Washington and Tampa Bay games and visualizing a standing ovation from the home crowd.

But this Edmonton Oilers club is proving to be more resilient and consistent under their new head coach. And their 4-1 victory over the Lightening Saturday night in front of a Hockey Night in Canada audience has a chance to be a turning point at a critical juncture in the season for this team.

That and more in this week’s edition of…

9. Not everyone likes Zack Kassian and Josh Archibald. But when both are on their games and fully engaged as they were Saturday, that’s a valuable trait to have on your side. I hated playing against guys like that. Sometimes it took me off my game. We saw that impact against the Bolts. More, please.

8. Saturday’s performance by Leon Draisaitl was Selke-worthy. In addition to his excellent 5v5 play Saturday Draisaitl spent 3:11 on the PK, including a big chunk of that massive 5-on-3 kill. There are so few elite-level NHL forwards who Penalty Kill in a meaningful way. Guys like Johnathan Huberdeau and Mitch Marner are mentioned in the same breath. But they are rare.

7. Edmonton’s winter radio ratings (Numeris R1/22, covering December, January, February) are in. The Journal has for decades consistently quoted total listeners (A2+). Oilers Now with Bob Stauffer was #1 at 28,134, Jason Gregor 2n/a at 22,704 and Inside Sports with Reid Wilkins 3rd at 17,097. As I frequently say: All radio is good. Edmonton is blessed with many strong, live & local sports/talk shows, more so than most other Canadian cities.

6. The Oilers are getting healthy at a critical time. Literally every game is a playoff game from here on in. Jesse Puljujarvi practiced with the club Saturday, there is an outside chance he plays as early as this week. Thursday is a real possibility. Ryan Nugent Hopkins has not practiced yet, which is likely a sign he won’t play on this homestand. I was relieved to see Kris Russell back on the ice Saturday. I have a lot of respect for the cowboy. But I believe he is still probably weeks away.

5. I have not agreed with many of the organization’s roster and lineup decisions when it has come to its goaltending. And there’s no question Mike Smith’s inconsistent health has hurt the club’s fortunes. That said, I am disappointed in how many personal attacks and pilings-on have been directed Smith’s way. Criticizing his play is absolutely fair. But it should stop there. And as for the perception out there that Smith shows up his teammates? Well, I’m not at the rink. But according to people I talk with who do have access, Smith is a liked and respected teammate. That just doesn’t line up with what some folks think they see.

4. Those were 2 big damn points Saturday night. The win over the Bolts bumps the Oilers into a playoff spot. What a difference from how the post-season picture was developing just a week ago. There is still a long way to go. But with wins in the last 2 games the Oilers have taken their fate back into their own hands. One wonders if a night like Saturday is when the Oilers find “it” and don’t look back? Add to that: If a team is going to put forth an effort like that against the defending champions it is hard to imagine a General Manager not giving them some additional help down the stretch. Not doing so would send the wrong message. It would also be out of character for Ken Holland.

3. The NHL Trading Deadline is 8 days away. In a perfect world, an add to the roster comes sooner rather than later. The Oilers are at a critical point. However, no GM controls the market. And right now, prices are high. Ken Holland’s decisions have probably only left him with about $3m in wiggle room. Does he over-spend to make it happen sooner? Or does he wait it out in order to better manage those assets? Either way, I believe that the club went goalie shopping but in the end didn’t agree with the price proportional to what was available. And with Puljujarvi, Nugent-Hopkins, Kassian, and Archibald all soon back, I don’t think forward would be a priority.

2. Instead, I think they will look to add a Defenseman. In the past I have mentioned Philadelphia’s justin brown (expiring UFA at $1.8m). But perhaps with Cody This, Tyson Barrie and Evan Bouchard all healthy they instead look at a left-handed shut-down option? In that spirit, here are some other names to watch: Viking, Alberta’s Carson Soucy (the 27-year-old 6’5 LHS has 2 more years in Seattle at $2.75m), New Jersey’s Ryan Graves (a 6’5 LHS with 2 years left at $3.16m), Edmonton’s Brett Kulak (the 6’1 28-year-old LHS has a year left in Montreal at $1.8m) and St. Albert’s Nick Holden (the 34-year-old 6’4 LHS has 2 years left in Ottawa at $1.7m). Darkhorse? Detroit’s Marc Staal, a 34-year-old LHS who has a year left at $2m. Of all these guys, I like Graves best. He regularly plays both sides, has had a 5v5 CF over 50% the last 3 seasons, is very physical and at just 26 years old…he would fold nicely into the rest of the core. We wait.

1.I see Keith Gretzky as a “General Manager in waiting” for this franchise. The Oilers organization is enjoying more success from its minor league system than it has in decades. We’ve seen one young player after another graduate from Bakersfield the past couple years and make a positive impact. Among them, Ryan McLeod and Philip Broberg were excellent Saturday. Ken Holland deserves credit for creating his structure, and for the amateur scouting staff that advises him. But the man who has been on the ground practically every day and overseeing every little item in California has been Gretzky. You may recall at the time when the Oilers were hunting for a GM that I advocated for Keith Gretzky (who was interim GM at the time). You can see why. Yes, the Condors are producing NHL-ready players at an impressive rate. But more importantly, Gretzky, Jay Woodcroft and staff have created an incredibly healthy environment that feeds and nurtures prospects. It’s a winning culture that seems infectious. In fact, you could argue that it has been one of the most successful aspect of the entire Edmonton organization in the past 15 years. And I see Gretzky’s “roll up your sleeves” style as key to that.

“Management by walking around” is a style of managing where the senior person more frequently gets out of his or her office and interacts with employees in their settings. In addition to getting a real, unfiltered view of how things are going there is also considerable value in doing so on the employee’s terms, in their environment. It is way less “top down”. My knowledge of that approach comes indirectly from the great jerry forbes sr., a legend in Edmonton broadcasting. I did not know Mr. Forbes personally. But I am blessed to be friends with his son Marty Forbes, also well known and respected in Edmonton media. And I see a lot of his dad’s approach in how Keith Gretzky runs The Bake.

Fact is, Ken Holland is 66. Agree or disagree with the job he has done I think it’s unlikely Holland continues as GM past his existing contract. It’s more likely he “moves upstairs” to a senior executive position and advises a GM who handles way more of the day-to-day duties of the team. In short, the role Holland appeared to be heading into at the end of his time in Detroit.

Sure, its possible the organization could look outside for a candidate when the time comes. But I would submit that instability has played a major role in rotting the foundations of this franchise the past 20 years. If there has ever been a time for this organization to embrace consistency in how it’s run and by whom? It’s now.

Does that mean a change at the top is pending tomorrow, next year or even the year after that? No. In the near and medium future, this is Ken’s team. But successful businesspeople have succession plans.

Gretzky’s undeniable success in Bakersfield would surely put his name at the top of that list.

Recently, at The Cult…

McCURDY: Which goalie gives the Oilers the best chance to win?