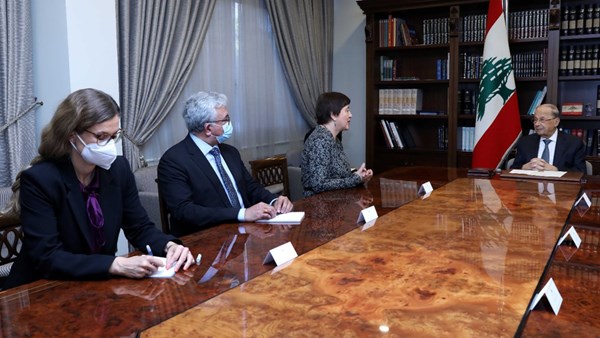 Yesterday, during his meeting with the United Nations Special Coordinator in Lebanon, Joanna Veronica, Lebanese President Michel Aoun confirmed that his country had become unable to bear the burden of Syrian displacement, which requires the return of the displaced to their country.
During the meeting, Aoun stressed that “Lebanon has fulfilled its duty towards the displaced since 2011, but it has become unable to continue, which requires the return of the displaced to their country and the provision of international assistance to them there instead of distributing it”. for them in Lebanon.”
He stressed that “one of the reasons for the continuation of the displaced towards Lebanese territory is to receive international assistance, noting that many of them periodically travel to Syria and return at the end of the month to obtain international assistance. “.
During the meeting, Aoun touched on the theme of the conference to be held in Brussels on May 9-10 to discuss the future of displaced Syrians in neighboring countries.