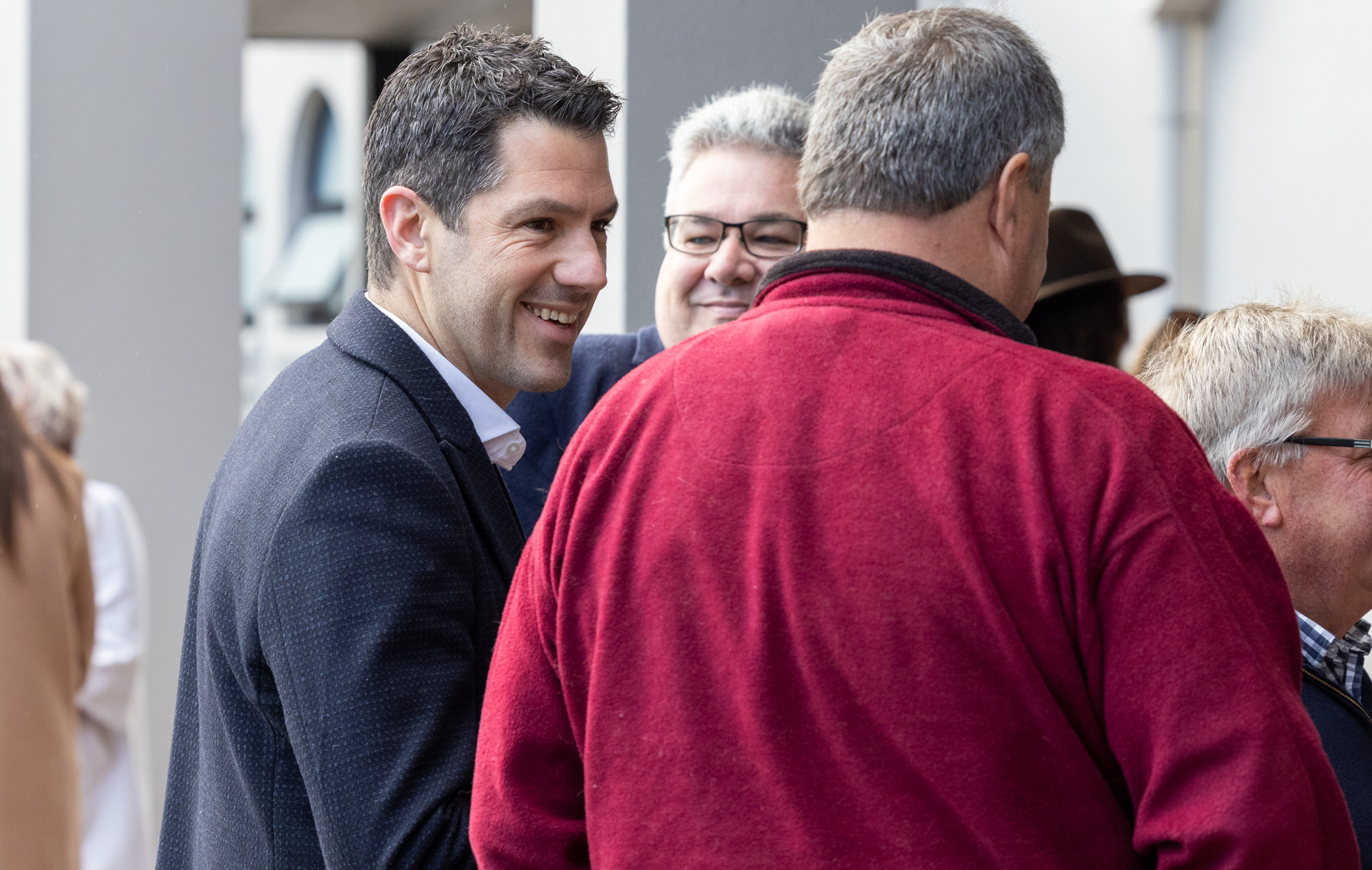 Antic vs The Advertiser

Firebrand SA Liberal senator Alex Antic has a knack of making headlines – even if he doesn’t always appreciate it.

Regular readers may recall his regular disdainful refrain about this very publication, which he last year branded “fake news”.

But it turns out this was practically a generous tribute compared to the treatment he’s been dishing out of late to local NewsCorp paper The Advertiser.

We’re not quite sure when things went sour – certainly, as recently as last November, Antic was directing his 39,000 Facebook followers to “read my comments in The Advertiser”, to which he provided a link, about “people being coerced into taking COVID vaccinations against their will”.

But it’s fair to say that since he was ‘papped’, as industry jargon would have it, at Adelaide Airport being led away for a medi-hotel stint – with the ‘Tiser, among other media, thereafter probing his vaccination status and testy relationship with his federal party-room – things have taken a very different turn.

When he was quoted in the paper in January saying that “the Australia of the last two years has been, I think, probably misled by our media and some of our bureaucrats”, Antic observed: “Every now and then The Advertiser gets something vaguely right. Looks like today was one of those days.”

But in recent days, the relationship has been elevated to outright feud, with the senator posting a series of updates at the NewsCorp masthead’s expense.

When he was included in a feature article about prominent South Australians “standing against vaccines and vax mandates”, he described the paper as “a glorified envelope for the morning’s Harvey Norman catalogues” whose “obsession with me is actually getting weird”.

“It’s little wonder people are switching the legacy media off in droves… a sad decline for a once proud outlet which is most likely on its final lap,” he declared. Ouch!

A few days later, he shared the Tiser’s year-on-year circulation figures with his followers, saying: “No wonder they are so crotchety… I guess South Australians are looking for more from their news than stories about mullet competitions and where politicians when to school.”

It was all water off a duck’s back for the ‘Tiser and its website AdelaideNow, which continued to report on his decision to withhold his senate vote over state vaccine mandates. However, an unfortunate production error this week, in which an instruction to the photographer dispatched to snap Antic’s airport arrival was substituted for a photo caption, gave the senator another round of ammunition in the bitter stoush.

He amped it up again yesterday, taking the international feud – referencing the ‘Tiser in his latest appearance on former Trump sidekick Steve Bannon’s War Room podcast.

Despairing at the scant and broadly negative mainstream media coverage of this week’s ‘Freedom Convoy’ to Canberra, Antic told Bannon his local Adelaide paper was “a lamentable publication”.

It’s unclear if the little local difficulty will affect future appearances by the SA senator on another US platform, the Murdoch-owned Fox News.

But fortunately for Antic, the ‘Tiser’s broader NewsCorp stable is – like him – decidedly anti-socialist, which means it’s unlikely to adopt the view that an injury to one is an injury to all.

Still, you have to give The ‘Tiser credit.

In an era of tight media budgets, and with both state and federal elections looming, they’ve come up with some ingenious ways this week to publish much-sought after opinion polls without having to pay through the nose for the services of an actual polling company.

The paper got great traction with an article declaring that Labor had “edge ahead in the high-stakes battle for Boothby ahead of the federal election”.

But rather than hire a professional pollster, the outlet simply sent one its reporters to the streets – not to mention “pubs, beaches, parks and shopping centres” – of Boothby to survey residents directly.

Still, not everyone was convinced: psephologist Kevin Bonham tweeted that “this ‘poll’ of Boothby is a face-to-face newspaper street poll with a sample size of 150, [which] may not be representative”.

He said “about the only thing to take away is they had no trouble finding voters” claiming to have switched their voting intention from Liberal to Labor, but warned that “if you’re a journo interviewing people because the paper chooses not to pay for a real poll, you’re probably not going to put the hardest squeeze on undecided voters to say who they’re leaning towards”.

The ‘Tiser also got some traction trumpeting an “exclusive” over UComms polling conducted in Frome and Mount Gambier for the SA Forestry Products Association – which was sent to all media outlets in a general release.

Still, you can’t fault it as a PR exercise: it was dutifully reported as a ‘Tiser yarn by the ABC later in the week.

While candidates in those and other seats hit the hustings, the state Libs are getting themselves in knots about grassroots members fronting up to campaign for incumbent independents.

InDaily understands some branch members in seats such as Narungga, Waite and Mount Gambier have been actively working for the re-election of their current MPs – Fraser Ellis, Sam Duluk and Troy Bell respectively – despite endorsed Liberal candidates standing against them… with some even campaigning for both the independent and the Liberal hopeful.

There’s been talk of punitive action – including expulsion – but state executive member Rose Miller tells InDaily: “I’m not in favor of anybody being turfed out of the party.”

“I was dead against it,” she said.

“I don’t like the thought of anybody having to leave the party.”

Nevertheless, she adds, “I believe it does say in the constitution that people who support someone who is not a member of the party can be turfed out” – but she wouldn’t endorse enforcing the rule.

“I’m not happy about them supporting them [but] I wouldn’t support chucking them out of the party,” she insists.

Notes On Adelaide is an occasional column telling the inside stories of Adelaide people, politics, institutions and issues. If you have information that you believe should be noted in this column, send us an email: editorial@solsticemedia.com.au

Media diversity is under threat in Australia – nowhere more so than in South Australia. The state needs more than one voice to guide it forward and you can help with a donation of any size to InDaily. Your contribution goes directly to helping our journalists uncover the facts. Please click below to help InDaily continue to uncover the facts.