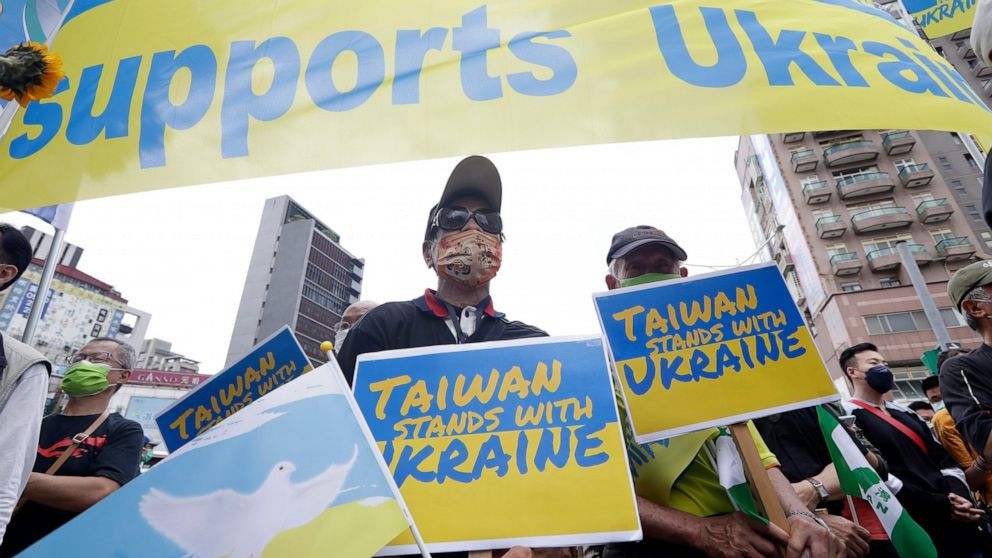 BERLIN — Tens of thousands of people are expected to gather Sunday in cities across Europe to protest against the ongoing war in Ukraine, with small rallies taking place in Russia as well despite a crackdown by authorities against such demonstrations.

Trade unions called a protest in Berlin where sunny weather was expected to boost the turnout. Organizers planned to march from the city’s Alexanderplatz — a large square named after Russian Tsar Alexander I — to a site near the Brandenburg Gate.

Many participants carried flags in the blue and yellow colors of Ukraine, while others carried banners reading “Stop the War” and “Peace and Solidarity for the people in Ukraine.”

In Russia, where protests against the war in Ukraine have typically met with a heavy police response, rights group OVD-Info said more than 200 people had been detained in 23 cities as of early afternoon Moscow time.

Meanwhile, Ukrainian nationals in Taiwan and supporters staged a march Sunday in Taipei to protest the Russian invasion.

Follow the AP’s coverage of the war between Russia and Ukraine: https://apnews.com/hub/russia-ukraine