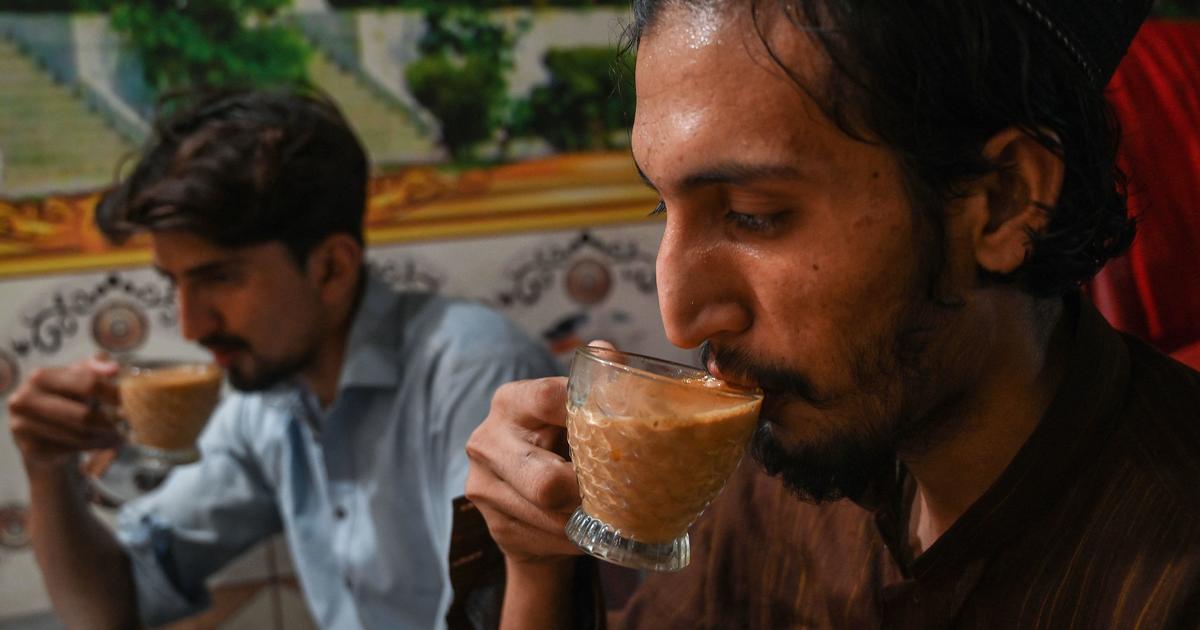 Islamabad, Pakistan — Black, green, hot, cold or spicy, tea is the fuel and lubricant for almost all social interactions in Pakistani society. Whether it’s celebrating a wedding, making a business deal, or simply relaxing with friends and family, Pakistanis do it with a cup of tea in hand.

It’s no wonder, then, that a government minister has sparked outrage by suggesting that Pakistanis could help tackle their country’s burgeoning international trade deficit by drinking less.

“I would like to ask the nation to reduce one or two cups of tea because the tea we import is also imported on credit,” Planning, Development and Reform Minister Ahsan Iqbal said.

Pakistan is the largest tea importer in the world. The country buys about $600 million a year, mostly from Kenya. On average, Pakistanis drink about three cups of tea a day.

Iqbal’s call for some austere tea from the nation sparked a backlash in the streets and online.

Pakistanis have been speaking out on various social media platforms, with many pointing to the lavish lifestyle of some politicians and government officials and saying their luxuries should first be sacrificed to save the country’s economy, rather than “the only leisure of a poor man”.

“Why should we reduce the use of tea?” asked Jan Mohammad, a truck driver who said in Pakistan Dawn newspaper that he drinks 15 to 20 cups a day. “We drink at our own expense, we don’t drink with government money. The government has increased spending. They travel in big cars, but we only enjoy tea.”

At a gas station in the capital Islamabad, Bilal Haseeb, a young lawyer, said most Pakistanis should not be forced to cut back on their tea consumption. He said he should, however, be banned from all government events and offices.

“I can’t even fill up my gas tank to go to work every morning, and now I’ll have to give up my breakfast too? Is that really fair?” He asked. “If civil servants spend less time offering tea at their meetings and receptions, their import bill will automatically be reduced.”

The real dilemma for Iqbal and the government he works for is the dire state of Pakistan’s economy. The country’s currency, the rupee, fell to a record low against the dollar on Wednesday, trading at 206 to the dollar.

The government was forced to raise the prices of fuel, natural gas and electricity by up to 45%.

Pakistan’s foreign exchange reserves also fell in value, from around $16 billion in February to less than $10 billion in June, barely enough to cover two months of the country’s typical imports.

In May, Islamabad restricted the import of dozens of non-essential luxury items in a bid to protect national cash reserves. The government, led by new Prime Minister Shebaz Sharif, recently presented a $47 billion budget aimed at convincing the International Monetary Fund to relaunch a $6 billion economic rescue package. This aid was suspended earlier this year due to questions about Pakistan’s finances.

Iqbal is not the first politician to suggest that Pakistanis reduce their consumption of staple foods to help their country through the economic crisis. Riaz Fatyana, an MP from the previous ruling party, has sparked anger by proposing that Pakistanis eat less flatbread to reduce consumption of flour, much of which is also imported.

The government he worked for was later removed from office after a vote of no confidence in its leaders.