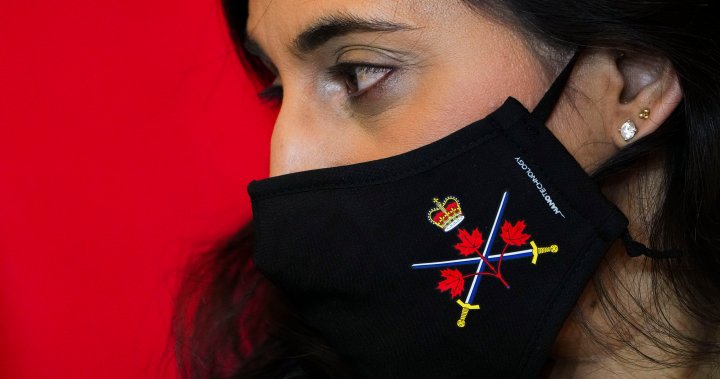 Defense Minister Anita Anand says Canada needs to be asking whether the country can do more when it comes to defense spending and contributing to key alliances like NATO and NORAD in the midst of the threat posed by Russia’s invasion of Ukraine.

In an interview with The West Block‘s Mercedes Stephenson from Latvia during the minister’s visit last week, Anand said the current threat environment has raised more questions about how best to prepare.

“We know from our defense policy that we will be increasing defense spending by 70 per cent over the nine-year period beginning in 2017,” she said.

“But in the context of the current threat environment, we must ask ourselves, is that enough? Should we be doing more?”

The 2017 defense policy reset known as Strong, Secure, Committed laid out a roadmap for boosting military spending by 70 per cent over the course of the coming decade. That is projected to see spending rise from $18.9 billion in 2016/17 to $32.7 billion by 2026/27.

Anand said on Friday during a speech to defense industry leaders that Canada is “still on track” to hit those targets, and billed the current moment as a “crucial” one for Canada and allies.

Russia invaded Ukraine, a sovereign democracy, on Feb. 24 in what Prime Minister Justin Trudeau and Deputy Prime Minister Chrystia Freeland have repeatedly described as an existential threat to the rules-based international order in place since the end of the Second World War.

In the weeks since, Russian troops have besieged Ukrainian towns and cities, unleashing shelling and violence that last week saw a maternity hospital attacked in the port city of Mariupol.

Why is Russia invading Ukraine? Amid ‘astounding’ resistance, here’s what you need to know

Canada alongside NATO and Western allies has imposed multiple rounds of sanctions against Russia.

Those sanctions target Russian oligarchs, as well as Putin’s own personal wealth, along with Russian companies including those in the oil and gas sector, and banks. Included on the sanctions list is the Russian central bank, which Freeland often refers to as Putin’s “war chest.”

The Russian ruble has collapsed, and Russia is now frozen out of the SWIFT global financial transactions system. It remains unclear, though, whether the measures will be enough to stop Putin’s invasion.

Russia-Ukraine conflict: Are we in the undertow of an inevitably wider war?

Putin had demanded that NATO countries vow not to allow Ukraine to join the military alliance, which has as one of its core principles that of collective defense for members.

Anand was asked whether the current threats drive home a need to speed up Canadian military procurements, some of which have gone on for years with little apparent progress.

“There certainly is a need to move as quickly as possible with our future fighter procurements and from a DND [Department of National Defence] perspective, that is exactly what I am seeking to achieve,” Anand said.

She would not say whether she believes the government should have moved faster in the past.

“I look ahead,” Anand said in response to a question about whether the government has been “blasé” about defense procurements.

“I’ve been the minister for three months and I need to keep working hard for the Canadian Armed Forces. They are my priority and I will do my very best.”

Her predecessor, Harjit Sajjan, was shuffled to another portfolio following the federal election, which took place amid ongoing reporting by Global News into the military sexual misconduct crisis.