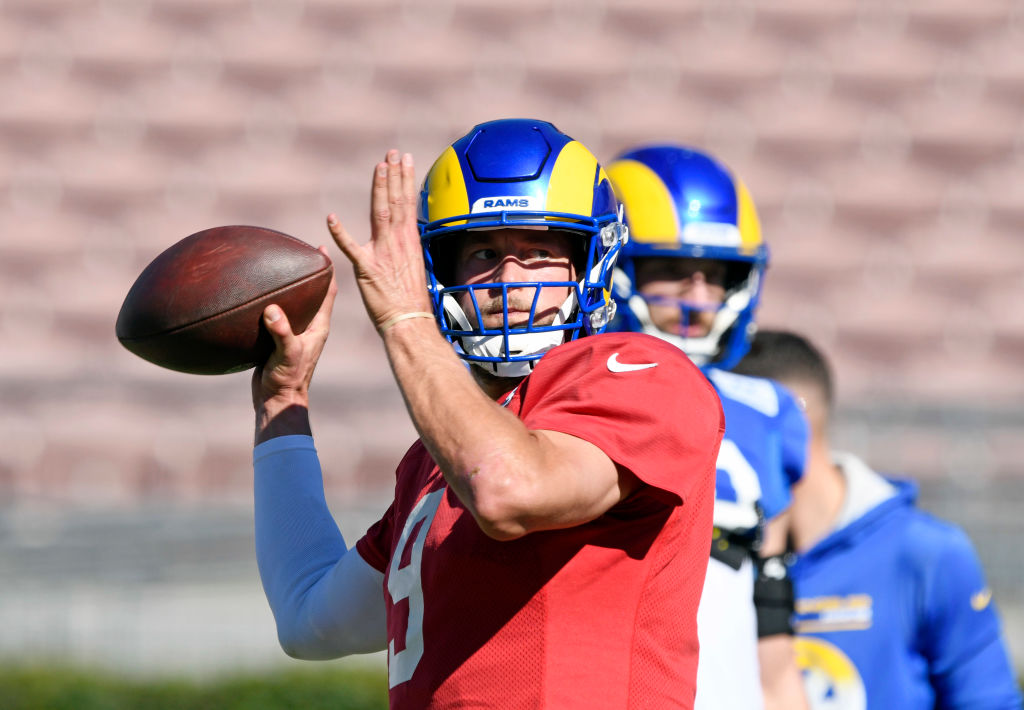 After all, the Rams’ voluble chief operating officer has a tantalizing product to offer this week.

The Los Angeles Rams have a star-studded roster, a charismatic young coach and a risk-taking general manager. They’ve played exciting, innovative football during a half-decade of winning seasons and championship contention, culminating Sunday in their second Super Bowl appearance in four years.

And that Super Bowl? It’s coincidentally being played at SoFi Stadium, the Rams’ 2-year-old home field and the stunning centerpiece of a multibillion-dollar football mecca being built by Rams owner Stan Kroenke.

”If it was a Hollywood script, it would get tossed out because no one would believe it,” Demoff said.

All it’s lacking is a triumphant ending that would cap this epic journey – and set up a bunch of sequels.

The Rams returned home to Southern California in 2016 with a grand vision that stretches far beyond the confines of their palatial arena.

They’ve already got a passionate local fan base – far bigger than what’s perceived from uneducated national perspectives. But the Rams want to be the football peer of basketball’s Lakers and baseball’s Dodgers, two global sports brands and by far the two most popular sporting institutions among the roughly 19 million residents of the sprawling Los Angeles metropolitan region.

The Chargers, who arrived in 2017, share those goals, but the Rams have an enormous head start that could become nearly insurmountable Sunday. The Rams are confident this SoFi Super Bowl will be a catalyst to realizing their greatest ambitions in Inglewood and beyond.

While the Rams already have succeeded in creating a highly attractive product – they’ve even got flashy, cutting-edge uniforms for the not-insignificant portion of fans attracted by sports fashion – they all realize the most irresistible object to any fan is a championship ring.

If the Rams get the first Super Bowl victory of their two Los Angeles eras on Sunday, they’re confident it will be a watershed moment for a team that wants to be LA’s football team for generations.

Woods knows plenty about the people who live and die for LA sports: He’s a Los Angeles native and a USC product who joined the Rams in 2017 during the same offseason as Sean McVay, left tackle Andrew Whitworth and then-rookie receiver Cooper Kupp, forming the foundation of this football powerhouse.

Woods will miss the Super Bowl because of a knee injury, but he hopes to see the Rams take the next step into his city’s heart.

The Rams have been realistic about what it takes to attain the place they seek in the sports hierarchy of a city with incredibly fragmented fan loyalty after the NFL’s 21-year absence. Demoff has few illusions about changing the minds of LA’s millions of Generation X Raiders fans, or the Midwestern transplants who cling to their cold-weather teams in their sunny new home.

”The most important thing we can do to build this franchise after being gone for 20 years is to capture the next generation of fans,” Demoff said. ”There are so many fans who grew up from 1995 to 2016 without a team to root for. … What it’s about is the kids who are 8, 9, 10 years old growing up wearing Cooper Kupp jerseys, wearing Aaron Donald jerseys and becoming lifelong Rams fans.”

Sunday is the most important moment in this six-year quest, but it’s only one moment. While observers look at the Rams’ aggressive roster-building strategies and wonder when unpayable bills will come due, the Rams believe they have a business model that can win indefinitely, particularly with McVay in charge.

They also think the wins and the attention they’ve garnered during this exciting five-year period have planted seeds that will blossom into something that can grow to the heights currently reached by LA’s most beloved teams.

”I absolutely believe that we can be at the level the Dodgers and Lakers have been and continue to be,” Demoff said. ”Those teams have had decades of success in building a deep, multicultural fan base. Stars, legends, Hall of Famers and building on consistency. The next two weeks are important, but so is 2022, and so is 2023.