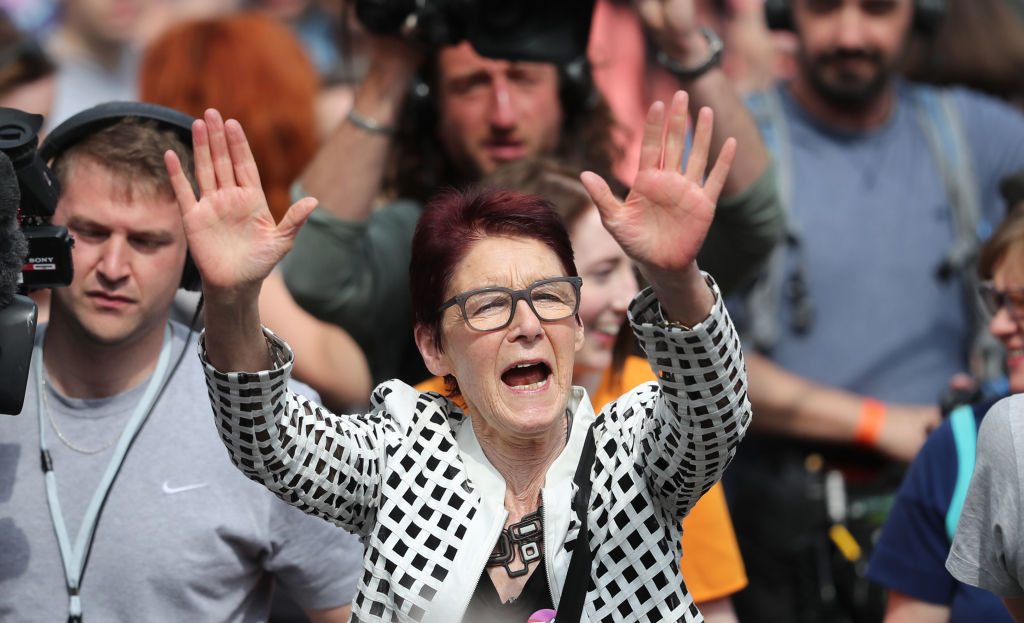 LLike many people, I was not surprised by the publication of a leaked document suggesting that a majority of the United States Supreme Court is about to overturn Roe v. Wade. Although I think the extent to which Judge Alito absolutely overruled Roe v. Wade saying it’s unworkable, unconstitutional, unacceptable, it’s really appalling. I felt pretty devastated for women in all 26 states, and maybe more, who probably couldn’t access abortion and would have to travel.

I’m extremely concerned about what it says and what it means for women’s rights more broadly in the United States, because while it’s about abortion rights, it’s also more fundamentally about women’s freedom , our freedom over our bodies, our freedom to make decisions about our own lives, our freedom to be full and fully functioning citizens.

The message that has been sent by the Supreme Court of the United States is now that women’s freedoms do not matter, that they must be swept away. This is extremely detrimental to progress on the rights of women and girls around the world. Not only in countries that have been considered slow to develop the rights of women and girls, but even here in Europe, where, for example Poland, is moving towards an absolute ban on abortion. There are other European countries that could further tighten and restrict their abortion laws.

Read more: Inside Mississippi’s Last Abortion Clinic and the Biggest Fight for Abortion Rights in a Generation

I remember when the Roe vs. Wade decision has come. I was a young woman and absolutely needed contraception and did not have access to it in Ireland. I remember thinking; “It’s extraordinary, it’s incredible. Wouldn’t it be great to live in a country where you don’t have that worry. I lived my life as a young woman with plan B in my pocket, which was to say that I would go to the UK [for an abortion] if I got pregnant. I had 50 pounds in my pocket just in case. I was struck by how disconnected and out of sync Ireland was when you could get an abortion in the UK and it looked like you were going to be able to get an abortion now in the US. It meant a lot to me as a young woman who was beginning to get involved and interested in feminism and the feminist movement.

Rather ironically, Roe v. Wade has really set off alarm bells among the extremely conservative right-wing Catholic cabals in Ireland. They felt that if it can happen in the United States, it can happen here in Ireland and they wanted to make sure that we would never have the right to abortion in the Irish Constitution. Despite the fact that we already had a draconian law against abortion with extremely strict criminal penalties, they set out, from the mid-1970s, to create a situation where the country would have to vote on the total prohibition of abortion, which is, of course, what we did in 1983. Ironically, securing crucial freedom for women in the United States was a factor encouraging this group of conservative Catholics to propose and to provoke this idea of ​​a clause that eventually became the Eighth Amendment [the eight amendment to Ireland’s constitution which recognized the equal right to life of the pregnant woman and the unborn]. So there is a very complicated story around that for us here in Ireland.

I was so aware during the repeal campaign [to repeal the eight amendment, which led to Ireland legalizing abortion in 2018] that we were fighting to win a freedom that was now in danger in the United States. It was an interesting and disturbing turnaround. I also wanted our campaign to be useful to women in many other countries, here in Europe, but also in the Philippines and in many parts of Africa. In the world, every victory, no matter how small, really matters. I also think that every loss is a massive loss for abortion rights around the world, because there is an instant ripple effect. Currently, there are approximately 26 million people at risk of becoming pregnant who can only access abortion in unsafe circumstances.

Read more: The state of abortion rights around the world

For decades we have seen in Ireland the impact of the abortion ban, with thousands of women forced to travel to the UK every year for abortions. Women who make this very lonely and dark journey, living in a state of fear and anxiety. And that’s for women who could at least even consider going to the UK, a lot of other women didn’t have the financial resources. We will never know what the impact was on women who were unable to terminate an unwanted pregnancy because these women will never speak out.

This is what is happening in the United States in so many states where abortion is already highly restricted. Fear and worry, anxiety, distress, stress and poor health are things that so many women already know and will know even more.

Any judicial system must take into account the real needs of people. And if he doesn’t, it’s just an abstract theoretical exercise, which serves to punish people. It is an abuse of justice.

—As said to Jennifer Duggan