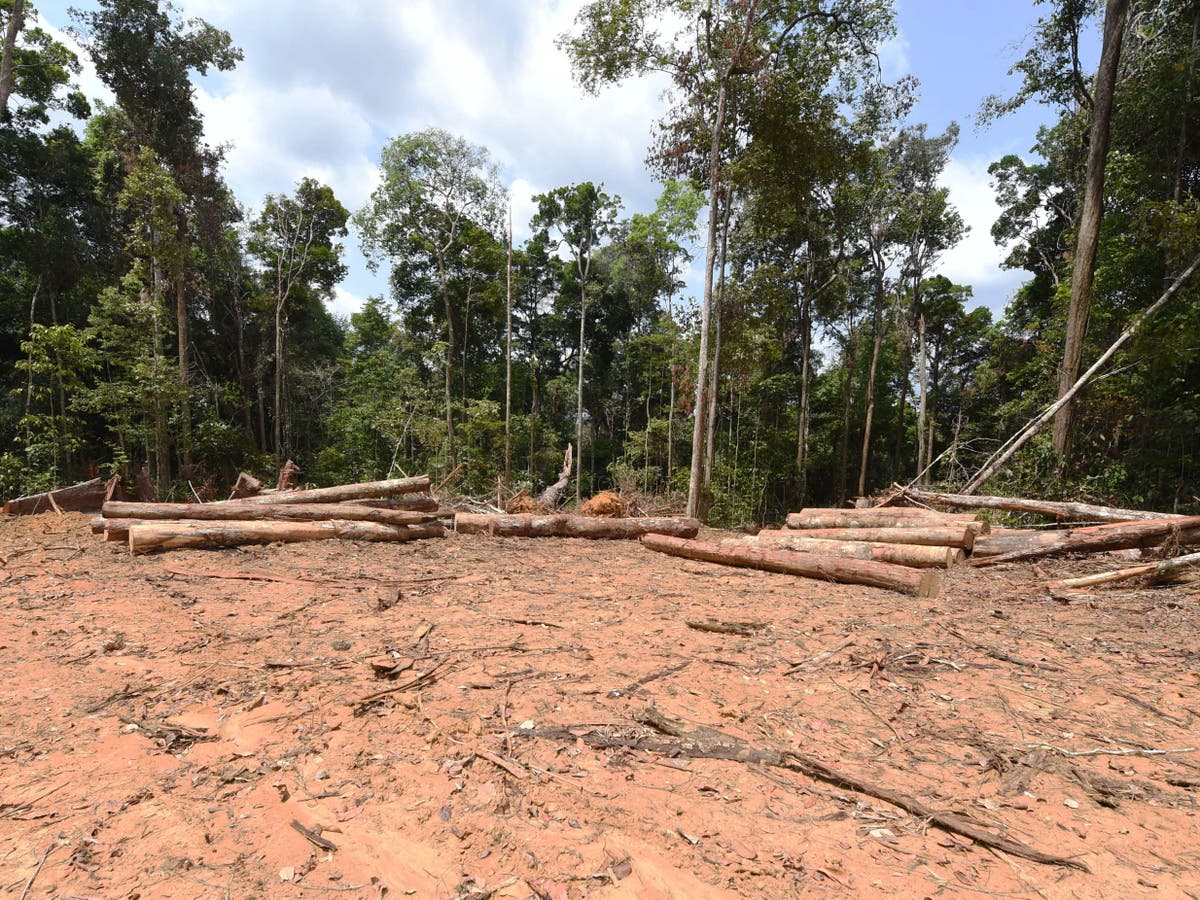 Deforestation in the Amazon reached record levels last month, according to alarming new data from the Brazilian government.

The amount of forest removed nearly doubled from April last year, it showed.

Environmental activists have claimed deforestation has become ‘institutionalised’ in the country which contains much of the world’s largest tropical rainforest and pointed the finger at Brazil’s president for the record levels.

Deforestation in the Brazilian Amazon totaled 1,012.5 km2 in all but the last day of April, according to data from the national space research agency Inpe, which has published monthly counts since 2015/2016.

Data for April 30 will be released next week. But the figures already show that deforestation is at the highest level ever recorded in April.

It comes after records were also broken in January and February this year.

“The April issue is very scary. Due to the rain, it’s traditionally a month with less deforestation,” said Suely Araujo of the Climate Observatory.

Marcio Astrini, the head of the same Brazilian environmental group, said: “The cause of this record has a first name and a last name: Jair Messias Bolsonaro.”

Deforestation in the Amazon has accelerated since the right-wing president took office three years ago and weakened environmental protections.

He argues that more agriculture and mining in the rainforest – which is an important carbon sink and one of the richest biodiversity areas on the planet – will help reduce poverty.

But the Amazon is one of the most biodiverse areas on the planet, as well as a huge carbon sink considered essential for tackling the climate crisis.

“It seems that forest clearing has become an institution in the country as something common, with record after record,” she said.

The researchers also found that the Amazon rainforest is losing its ability to rebound from extreme events, raising fears that it is hurtling towards a “tipping point”.

Scientists fear this will trigger massive tree dieback and the forest will turn into savannah.

The Brazilian government said it was making significant efforts to tackle environmental crimes and that authorities were cooperating to tackle deforestation in five Amazon states.