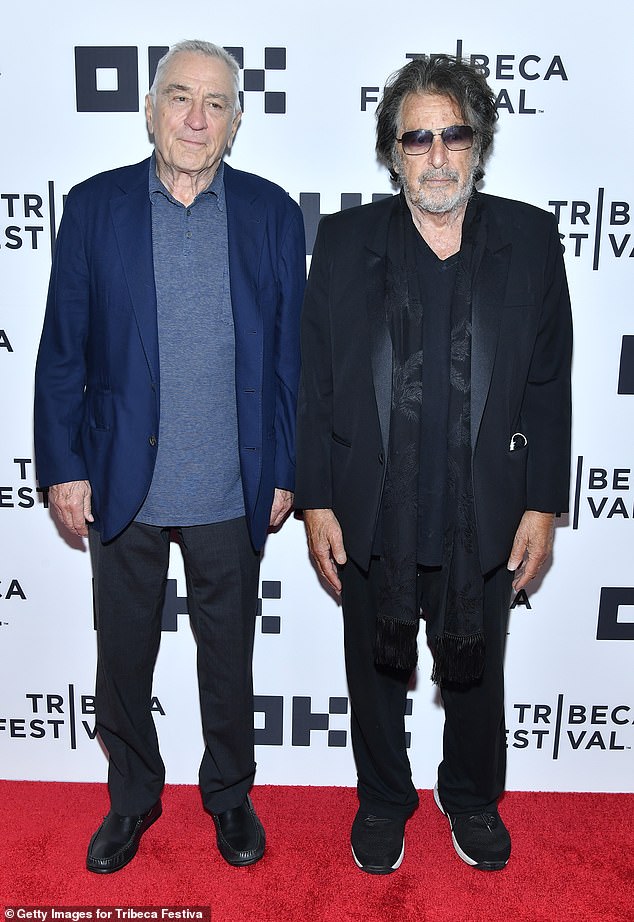 Whether it’s fans, critics, actors, or filmmakers, rarely has a movie garnered similar reactions from people who agree on its genius.

And Godfather icons Al Pacino and Robert De Niro celebrated the 50th anniversary of their iconic film The Godfather with a special screening at the Tribeca Film Festival in New York on Thursday.

Leading man Al, 82, who played eventual head of the Corleone family Michael Corleone, and Robert, 78, who played the younger version of his father Vito in the sequel, were among several stars who attended the special tribute event.

Classic: Robert De Niro, 78, and Al Pacino, 82, took part in a special 50th anniversary tribute and screening of The Godfather at the Tribeca Festival in New York.

The Tribeca Festival, an annual film festival hosted by Tribeca Productions and co-founded by De Niro, screened a restoration of the film on Thursday evening.

Before the show at the United Palace, Pacino sat down on stage with Michael Hainey to discuss the film, which earned 10 Oscar nominations, and its lasting impact. 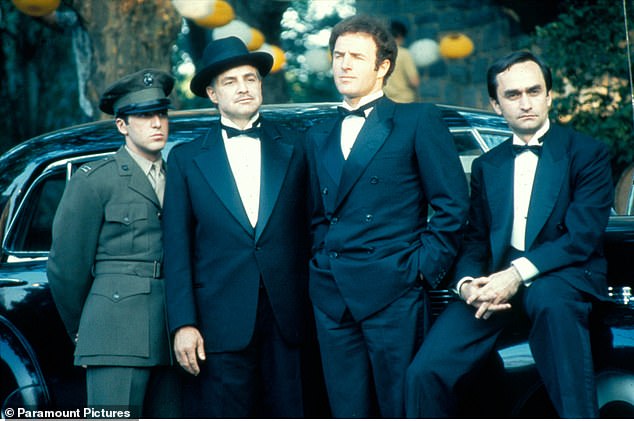 Classic: The Godfather (1972), starring Al Pacino, Marlon Brando, James Caan and John Cazale is widely considered one of the greatest films of all time 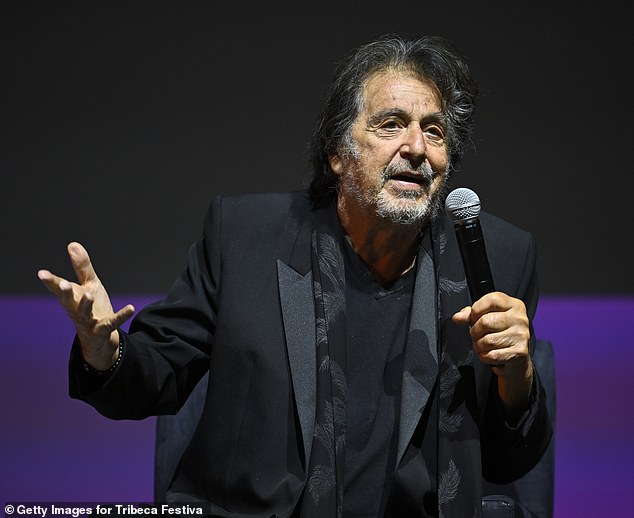 Destiny: Pacino, 82, had only had one film on his CV when Francis Ford Coppola approached him to play Michael Corleone 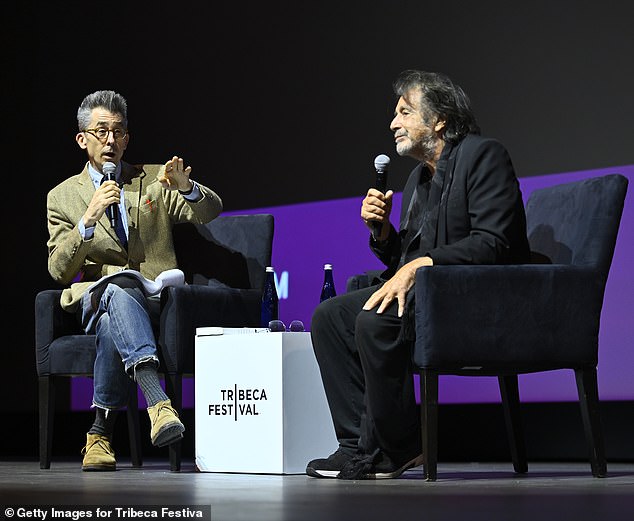 Revered: Pacino discussed the lasting impact of The Godfather with Michael Hainey at the Tribeca Festival in New York on Thursday

In these five decades since its release, the film has received universal acclaim from critics and audiences alike, with praise for the performances, and in particular Brando, Pacino, James Caan and Robert Duvall, Coppola’s direction. , the screenplay by Coppola and Puzo, the cinematography, the editing and the musical score.

Dressed in black, consisting of a blazer, trousers, a t-shirt, a scarf and sneakers, Pacino, 82, spoke about his life as an actor before the filming of The Godfather and the aftermath .

He was only 31 and had only one movie on his resume when Coppola approached him to play Michael Corleone. The character’s arc is about as good as it gets for an actor: going from a shy son and a reluctant familial stranger who served his country honorably during World War II, to an unsuspecting hitman and ultimately to the ruthless mob boss of the Corleone family. 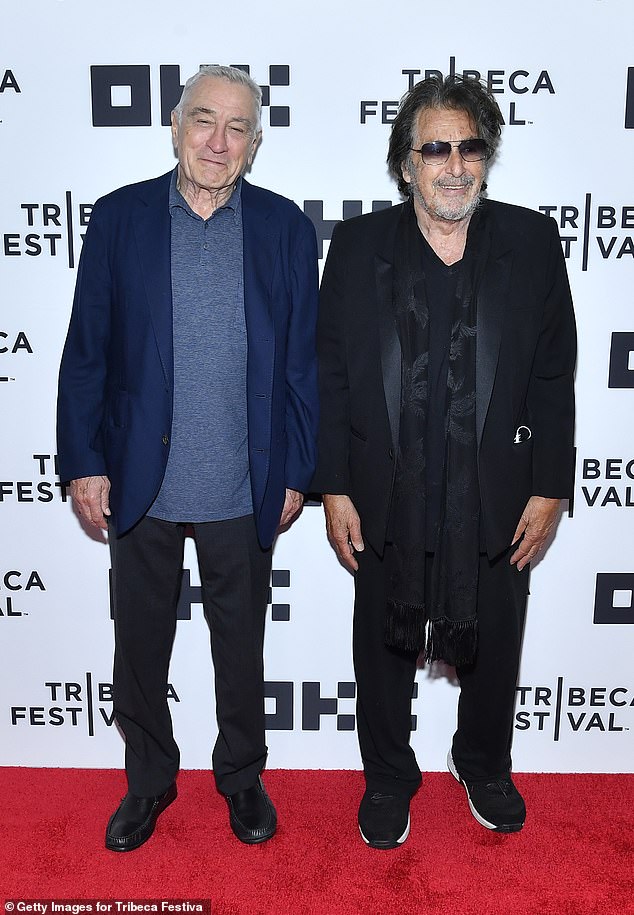 Bright moment: De Niro and Pacino shared a few laughs as they posed for photographers 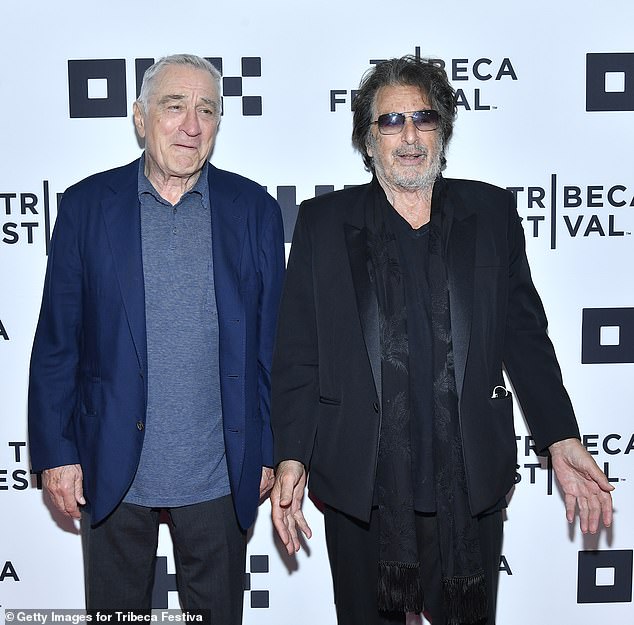 Legends: As part of the special festival screening, De Niro joined Pacino on the red carpet, considering he played as central a role as young Vito Corleone in The Godfather Part II (1974) 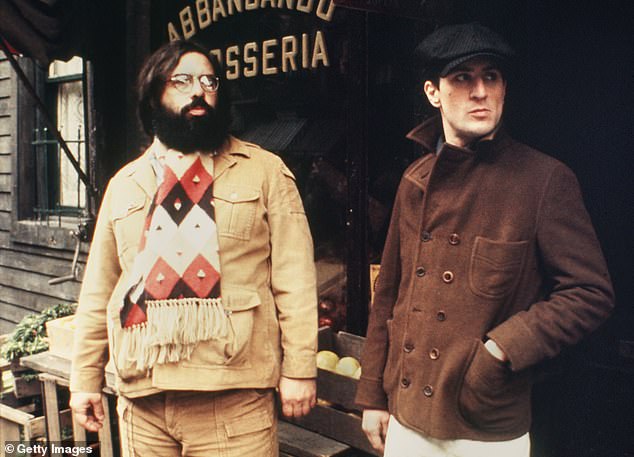 The sequel: De Niro starred as young Vito Corleone in The Godfather Part II (1974), speaking Italian for most of his performance

As part of the special festival screening, De Niro joined Pacino on the red carpet, considering he had played as central a role as young Vito Corleone in The Godfather Part II (1974).

The two iconic actors momentarily stood side by side as the photographers walked away.

Normally apprehensive and uncomfortable with media occurrences like this, De Niro flashed multiple smiles while wearing black pants with a dark blue blazer over a light blue top.

At times, the two stars could be seen laughing and beaming as they chatted with each other in the red carpet spotlight. 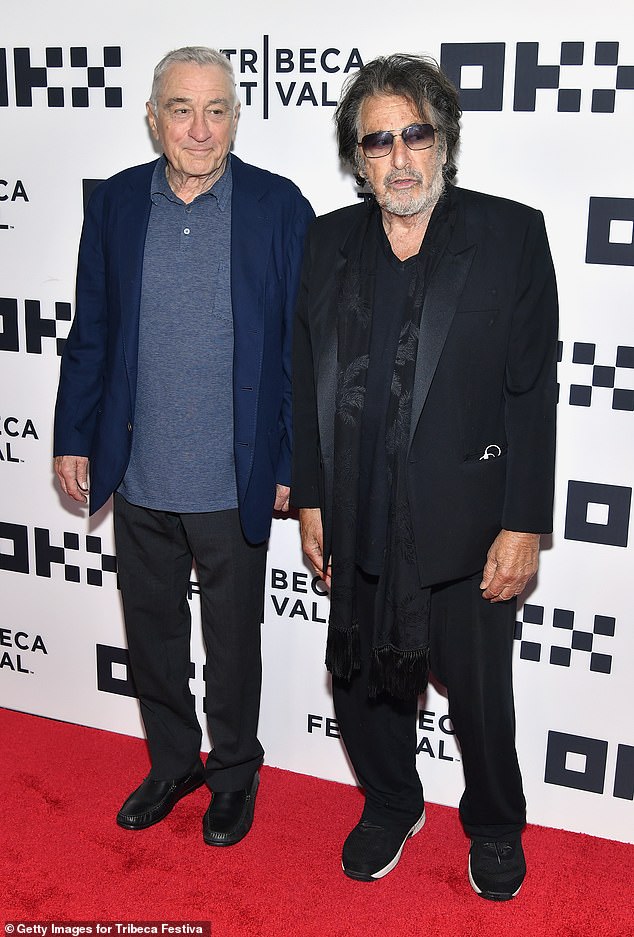 Star power: The two iconic actors momentarily stood side by side as the photographers walked away 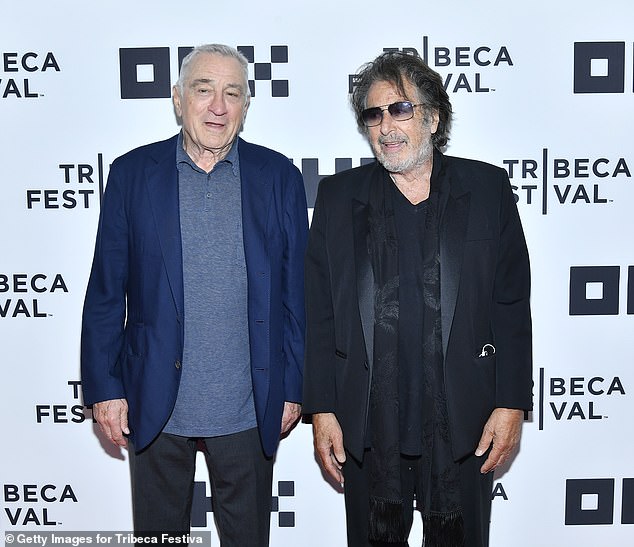 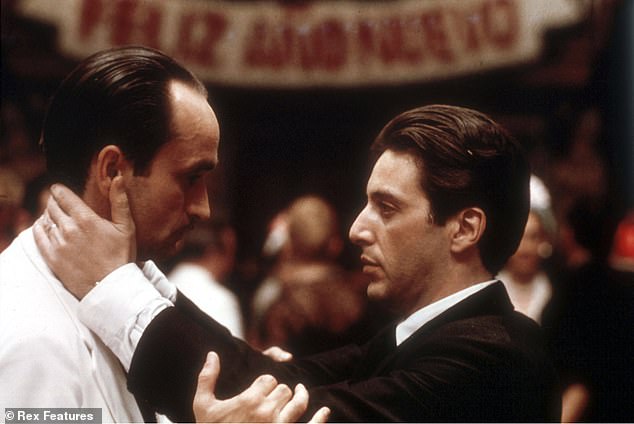 History: The Godfather Part II is the first sequel to win the Best Picture Oscar

Although The Godfather II (1974) did not surpass the original film commercially, it became Paramount Pictures’ highest-grossing film of 1974, eventually earning $93 million at the worldwide box office on a budget of $13 million.

It served as both a sequel and a prequel to The Godfather (1972) by going back and forth between the aftermath of the original film and the backstory of how and why Vito Corleone immigrated to the United States from Sicily, and his rise as a founder. of his family business in New York.

The film was nominated for eleven Oscars, winning six of them, including Best Picture, which was a first for a sequel, as well as Best Director for Coppola and Best Supporting Actor for De Niro, who was speaking. mostly Italian, with subtitles, during His performance.

Although not as highly regarded as its two predecessors, The Godfather Part III (1990) received seven Oscar nominations, on its way to grossing $136.8 million at the box office on a budget of $54 million.

Looking back, amid several 50th anniversary tributes this year, Pacino says he is “deeply honoured” for all the praise and accolades bestowed on The Godfather, and was “so lucky” to have landed the role of Michael Corleone, although it took him “a lifetime to accept it and move on”. 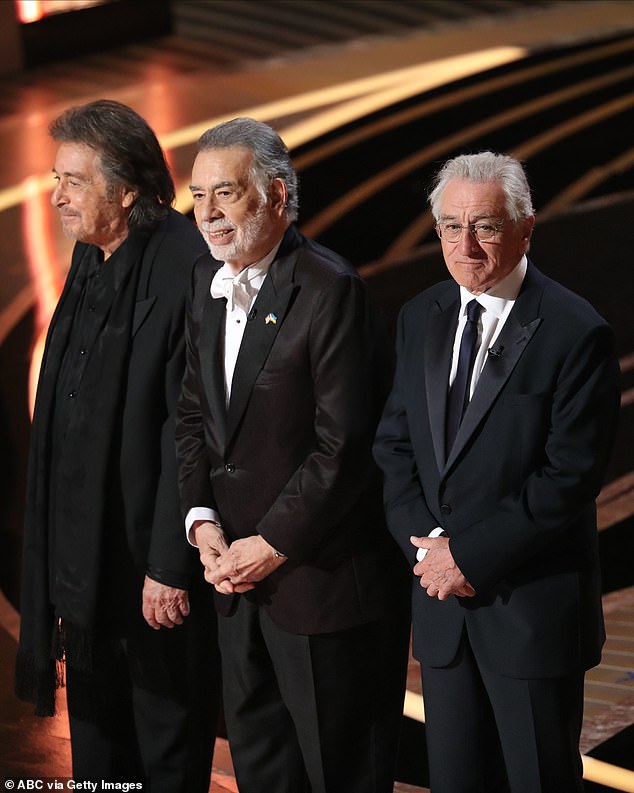 Tributes: Pacino, Coppola and De Niro took part in 50th anniversary tributes this year, including at the 94th Academy Awards in Los Angeles in March