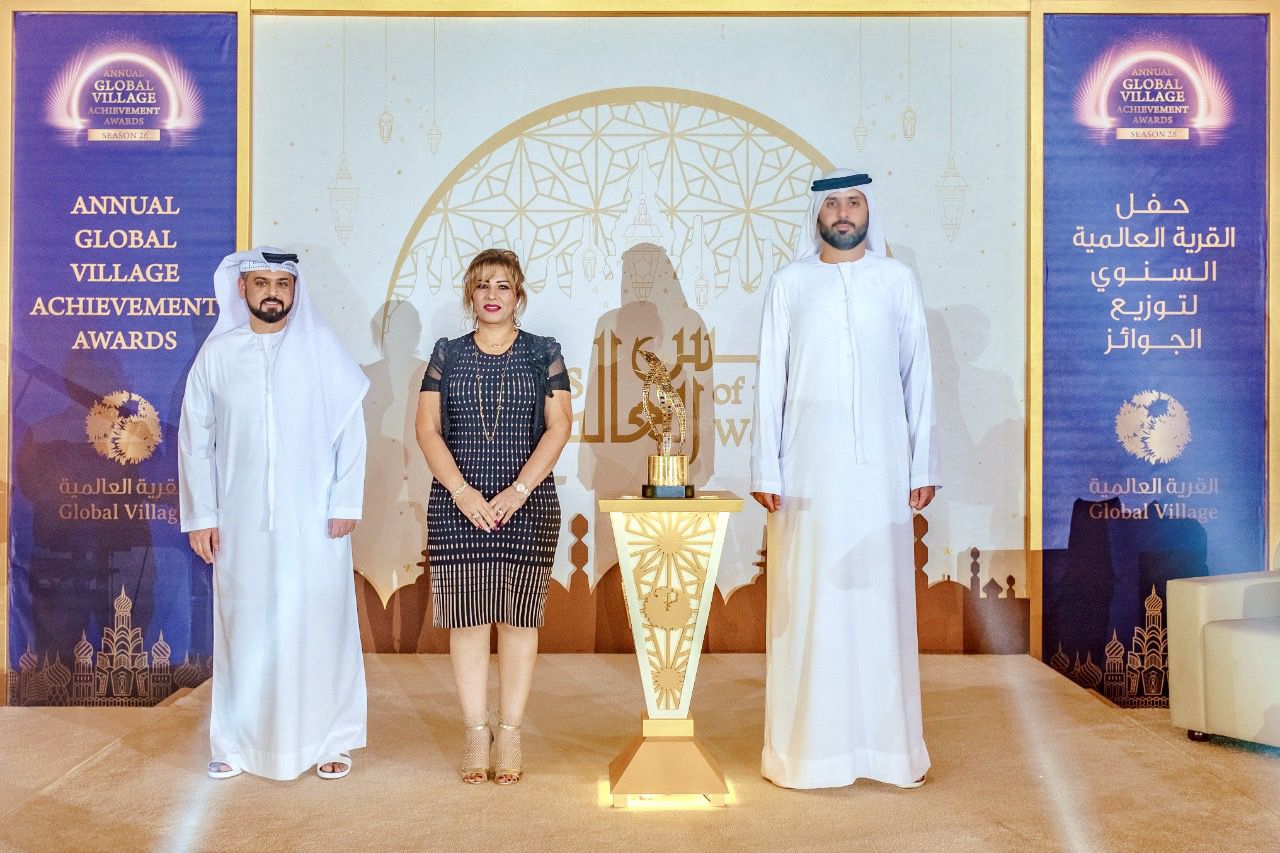 Global Village announced that “Al Bayan” newspaper won the Global Village award for “Best Media Coverage in Arabic” for Season 26 activities, as part of the annual ceremony held yesterday to celebrate and honoring its partners for the 26th season, companies working in the travel industry and prominent media professionals working in media institutions across the country. The ceremony was held at the Global Council, where prizes were distributed in recognition of the most significant achievements in several categories, for the invaluable contributions of partners to the success of successive seasons of the Global Village.

The Global Village, one of the world’s largest cultural parks and the region’s premier family destination for culture, shopping and entertainment, has confirmed that thousands of parties around the world contribute to the success of Global Village seasons and provide the most wonderful experiences for lasting memories for millions of guests at the heart of the masterpieces, and travel industry partners are helping to support Global Village’s efforts to strengthen Dubai’s position as as a leading tourist destination. The media and media professionals play an exceptional role in showcasing the offerings and events offered by Global Village and its partners, emphasizing exceptional achievements that contribute to providing customers with unique experiences season after season. .

On the occasion, Bader Anwahi, CEO of Global Village, said, “Today’s awards come in recognition of the successful and determined efforts of our partners to contribute to the success of Season 26, and to celebrate their outstanding achievements. and their superior abilities in their respective areas of specialization, where the combination of exceptional people and pioneering ideas is a key factor in our continued success. , innovation and creativity. This year we have added a number of awards that highlight some of the values ​​we are proud of. As an organizer we pride ourselves on providing ongoing support to entrepreneurs, and for this reason we have announced a new award in recognition of the efforts of promising companies and encouraging them to continue.

He added, “On the other hand, and as part of our wise leadership’s drive to achieve gender equality, we have added the (Female Entrepreneurship) award, underscoring our commitment to providing opportunities to enable women to excel in business. We also launched the award (Innovative Experience) to highlight the importance of innovation in our destination. At Global Village, we are always keen to strengthen our role as an innovation hub in order to maintain our leadership role in the entertainment industry in the region and to continue to deliver the unique experiences that customers have come to expect from us. It is a pleasure for us to collaborate with many creative and loyal partners, and we are grateful for their efforts to deliver the fun and inspiring entertainment experiences they help deliver to our customers.

The Moroccan Pavilion has been awarded the title of “Best Pavilion” for the authentic and rich experiences that embody Moroccan culture based on a rich heritage of distinctive traditions. The Iran pavilion, with its exquisite design, won the title of “best pavilion facade”. The India pavilion also won the “Best Cultural Show” award for its performances and activities during the season, while the Egypt pavilion won the “Best Craftsmanship” award for heritage and artistic works presented by Egyptian artists who embody Egyptian culture and heritage.

The Global Village also celebrated the contributions and achievements of entrepreneurs, where Evanthia Forky received the title of “Promising Entrepreneur” and Suzan Ali Abdel Rahman won the “Female Entrepreneurship” award.

The Global Village and its management also expressed their deep thanks and gratitude to strategic partners and governmental, semi-governmental and private entities and bodies for their support and participation, which played an important role in the success of this season.