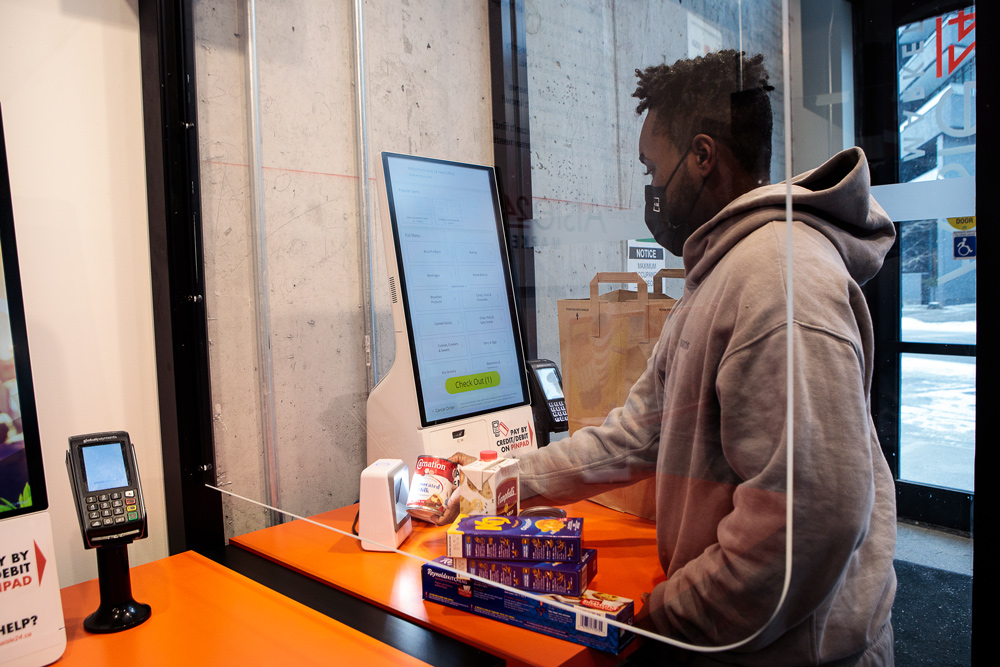 John Douang grew up helping his parents at their independent grocery store in Toronto. “Seeing how hard they had to work pushed me,” he says. “My parents worked 14-hour days seven days a week. When they wanted to take a vacation, they had to close the store because they couldn’t afford to hire someone.”

These core memories inspired Douang to leave his job as a content manager at video-streamer Quickplay in 2016 and launch Aisle 24, a chain of fully automated convenience stores now expanding across Canada. It’s a family business: Marie Yong, Douang’s wife, co-founded the company and is now its COO. Five months into developing their business plan, they hired Douang’s brother, Josh, to lead training and development. And it was a $100,000 investment from Douang’s parents that got them off the ground.

“I wanted to use technology to give time back to business owners like my parents,” says Douang. At Aisle 24, customers use an app to check in and an automated kiosk to check out. They can shop for snacks, prepared meals and pantry basics without interacting with a single human being. The app—which Douang initially outsourced before eventually hiring an in-house team of developers—has gone through several iterations, but the goal has always been maximum user-friendliness: “We wanted to create a unique experience that bridges physical and online retail. ”

The team opened Aisle 24’s first location in the fall of 2016—at Centennial College in Toronto—under contract with Knightstone Capital, a real estate developer. Knightstone paid $25,000 to house the country’s first cashier-less, staff-less store on its property. The success of that shop (it hit its customer acquisition target in three months) led to another capital injection: Angel investor Wayne Purboo, Douang’s former boss at Quickplay, put forward $150,000 a year later.

Aisle 24 started franchising in 2020, partnering with Dragon’s Den personality Wes Hall, who invested a seven-figure sum to advance the business. This year will see the chain’s biggest push, with an expansion goal of more than 100 new locations in two formats—smaller “futuristic tuck shops” in residential and corporate office buildings, and larger stand-alone set-ups concentrated in the Greater Toronto and Montreal areas—as well as the company’s first forays into British Columbia, Alberta and Nova Scotia.

“We’re seeing a lot of labor shortages in the marketplace,” says Douang. “Selfservice offers a solution while creating new jobs in tech and development.”